ABHISHEK PARAKKAT A SHINING STAR WITH A VISIONARY GOAL 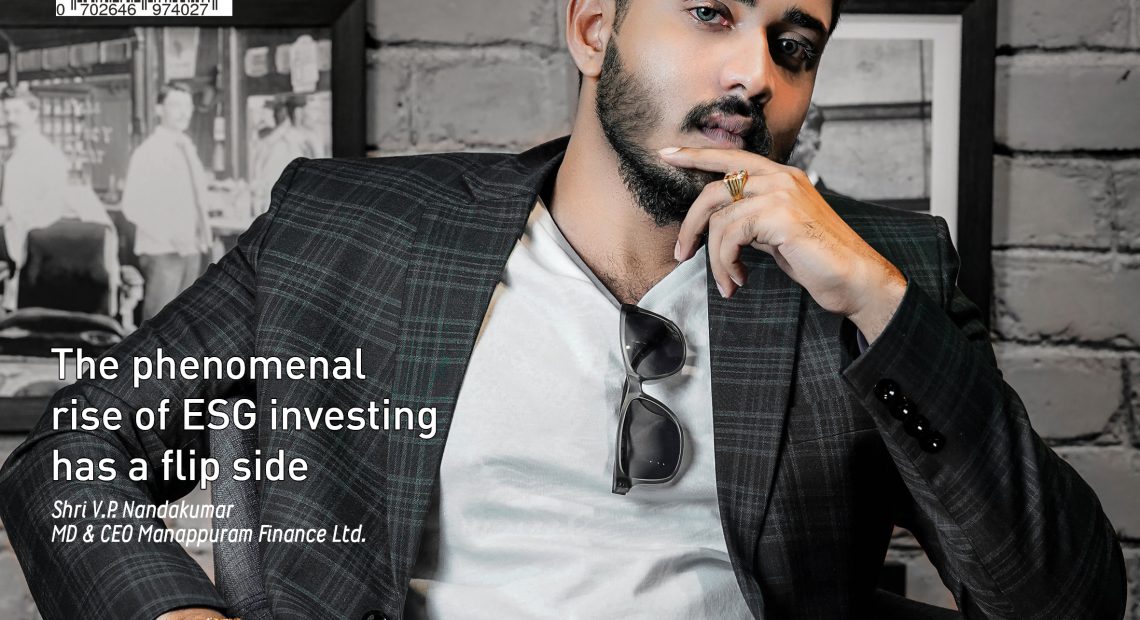 Abhishek Parakkat, the scion of the well known Parakkat Group, exemplifies all of the values and characteristics that transform ordinary people into amazing success stories. No wonder then that the young shining star in the world of business was able to knock out all the obstacles on his path with his sheer passion and persistence. 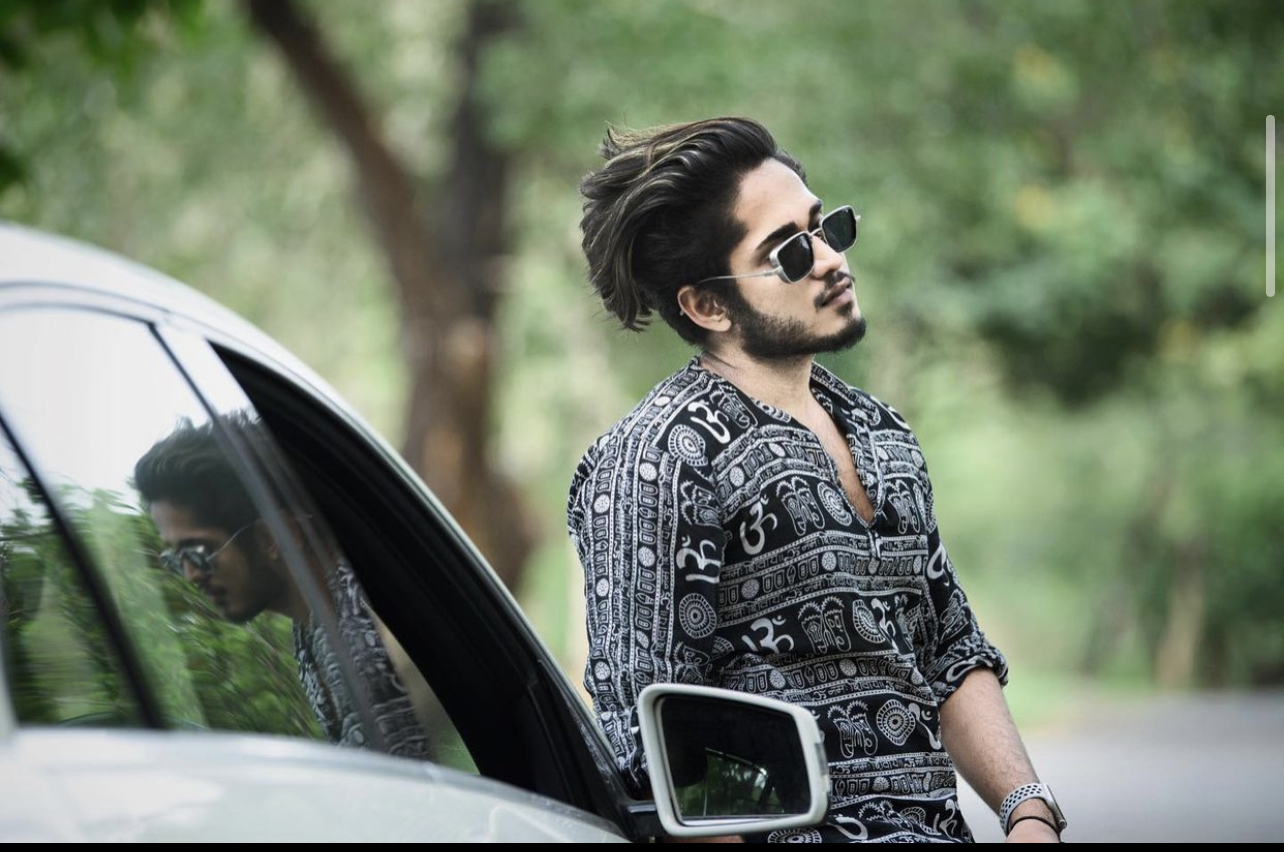 The Parakkat Group, established in the year 1990, began its journey when Prakash Parakkat, the Chairman of Parakkat Group of Companies, ventured first into the ‘pure gold business’ by starting two showrooms at Kalady and Sreemoolanagaram. In no time, Parakkat turned out to be the name that satisfied everyone’s golden desires by providing the most innovative designs with incomparable quality and cost-effectiveness.

However, the group found its niche when Prakash opened their first ‘one gram gold layered ornament’ showroom in the heart of Ernakulam. It was an instant success and if the company today has nearly 100 showrooms across the world, it is the result of utmost determination and hard work. Besides different districts of Kerala and cities like Madurai, Mangalore, Bangalore and New Delhi, there are showrooms in Dubai, Bahrain, Muscat, and Kuala Lumpur. The group gradually diversified into other businesses under the same brand name — Parakkat Jewels, Parakkat Nature Resorts, Parakkat Weddings and Parakkat Software to name a few. Abhishek Parakkat, the younger son of Prakash Parakkat, currently manages the research and development wing and also manages the administration of his companies. Often, in the world of business, what is tougher to achieve than growth is to consolidate and maintain what has already been accomplished. This is where the BCom graduate, who has reached the pinnacle at a very young age, shoulders a heavy responsibility.

The world of business is really complicated, especially in modern times. To be stable, immense determination and perseverance are required on the part of the leaders. Even one wrong decision can lead to a great loss. We have been seeing that even veterans often face failures. But to be at the helm at a very young age is possible only if one is able to acquire knowledge about the various nuances of business and if the person has a dream to touch even newer heights.

Born into a business family, Abhishek was always curious to know about the various dynamics of business. He always dreamed of following the footsteps of his parents and was aware that this is the path that he should pursue to serve the people. From a very young age, Abhishek always came up with offbeat business ideas and suggestions and his parents not only gave him a patient ear but also supported him in the best way possible. 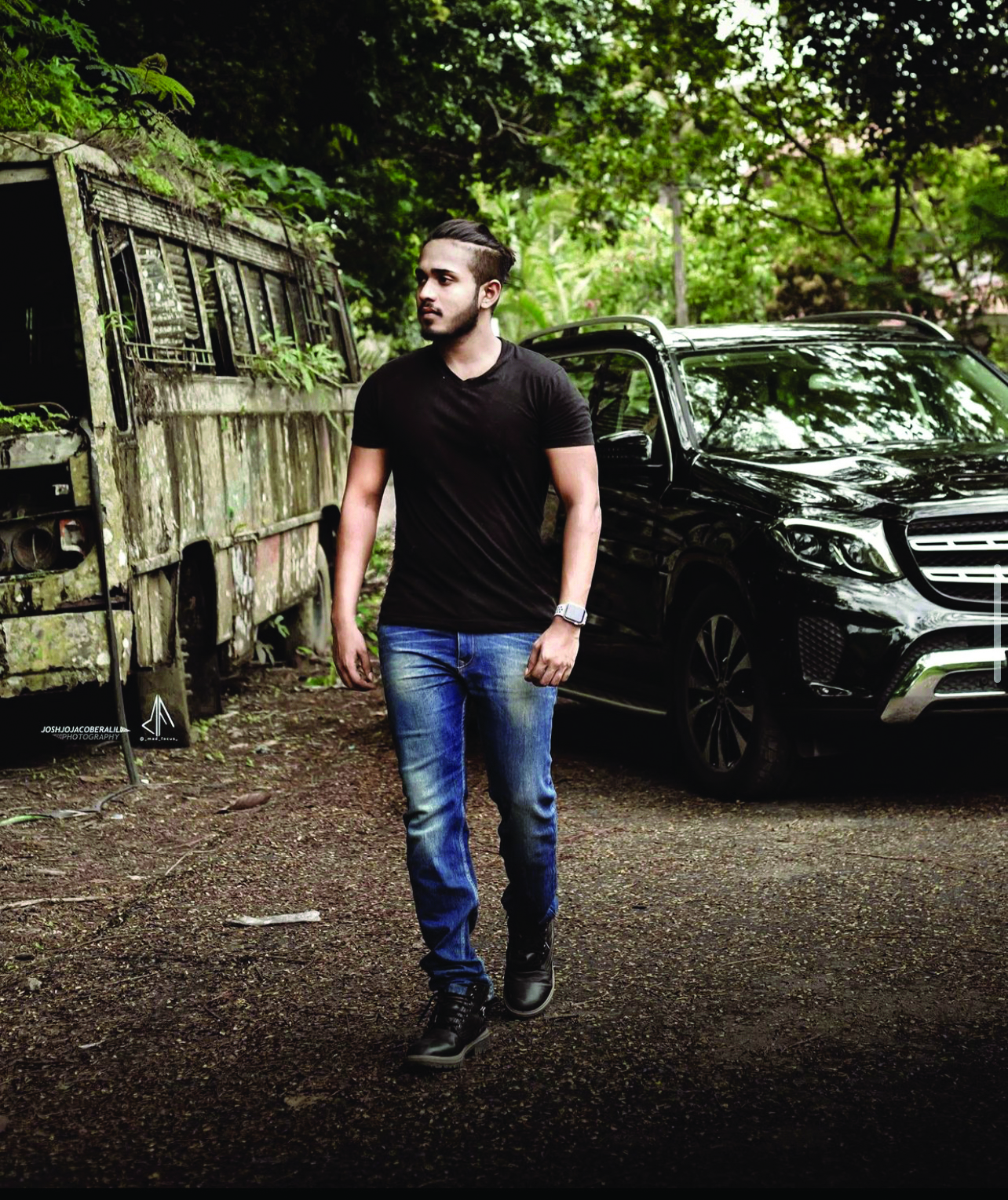 Abhishek believes that proper communication and teamwork lead to a successful output. He tries to delegate responsibilities to his representatives and train them to the fullest so that he can concentrate on bringing new ideas and innovations. He always stays calm and poised which leads to a positive atmosphere. Stability and creative planning are the foundations on which business empires are builit upon. He schedules his day with a proper plan and regimen which makes implementation not only stress-free but also effective.

There are challenges and barriers in every sector but these are probably nowhere more in abundance than in the field of business. As for Abhishek, barriers are just a part of the journey of success. If we have to gain success, overcoming the risks is the best way rather than worrying about them, he says. “Barriers always teach us a good lesson if we are ready to learn from them,” he says, adding that nothing is difficult to surmount if there is a great supporting system that is there to boost one’s confidence. “Even a risk can turn into a new opportunity,” he philosophises. “If you have a healthy body, an equally health mind and you believe in yourself, nothing is impossible.”

What is the one thing that brings joy and relief to him? “Making others happy,” he says, adding that the greatest thing anyone can accomplish is to bring a smile of satisfaction to those around you. Serving society and helping loved ones would be the greatest achievement for any entrepreneur, he affirms. How did he get this kind of worldview? Even as a teenager, Abhishek loved to travel to the farthest corners of the world; he has been to more than 30 countries and this has undoubtedly helped mould his philosophy. He still has several more in his bucket list and is waiting for Covid-19 pandemic to loosen its grip over the world so that he can explore more regions. 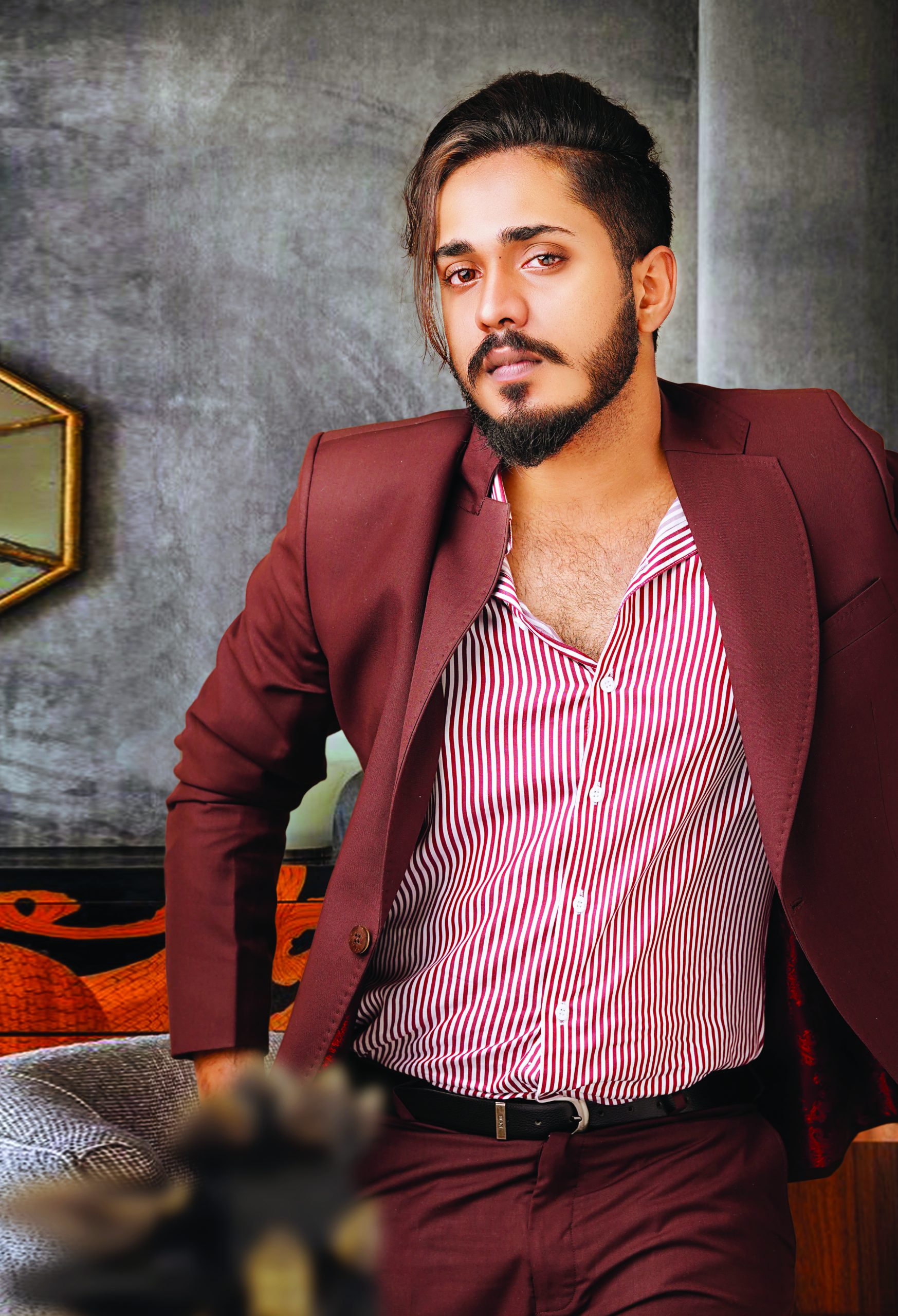 Abhishek is also passionate about modeling. It boosts his confidence and helps him stay in shape and be fit. He goes by the dictum of a healthy mind residing in a healthy body. He believes that all this contributes to a positive mindset that is almost contagious in nature.

Learning from failure is his mantra of success. Abhishek has faced a couple of failures in business but has never allowed these setbacks to erode his confidence. Rather they only helped create a desire to achieve more. Failures are useful if they make you try harder and bring out your fullest potential, he says. “Overcoming your limitations and thinking out of the box are what makes a difference,” he says. “Even if you have to face failure, let it be, because it always teaches you a new lesson. The important thing is to always grab every single opportunity that comes your way.”

Fortunately for him, even during failures, there were a few people around him, especially within his family, who not only believed in him but also encouraged him. Whenever he achieved a milestone, they never forgot to applaud him. Abhishek says if he has achieved anything so far, it’s only because of his family’s support. “They always motivated me to achieve all my dreams but they were also strict when needed in the same way as most parents do,” he reveals.

Managing a chain of business at such a young age needs a lot of mental agility and innovativeness. Abhishek says he is a person who tries to plan the future with utmost creativity. Clearly, his sheer confidence and positivity make him a visionary businessman and a focused leader who can inspire his team to reach organisational goals. Abhishek has a constant desire to change things for the better. The success saga of this young entrepreneur continues with lots of dreams and goals yet to be achieved. 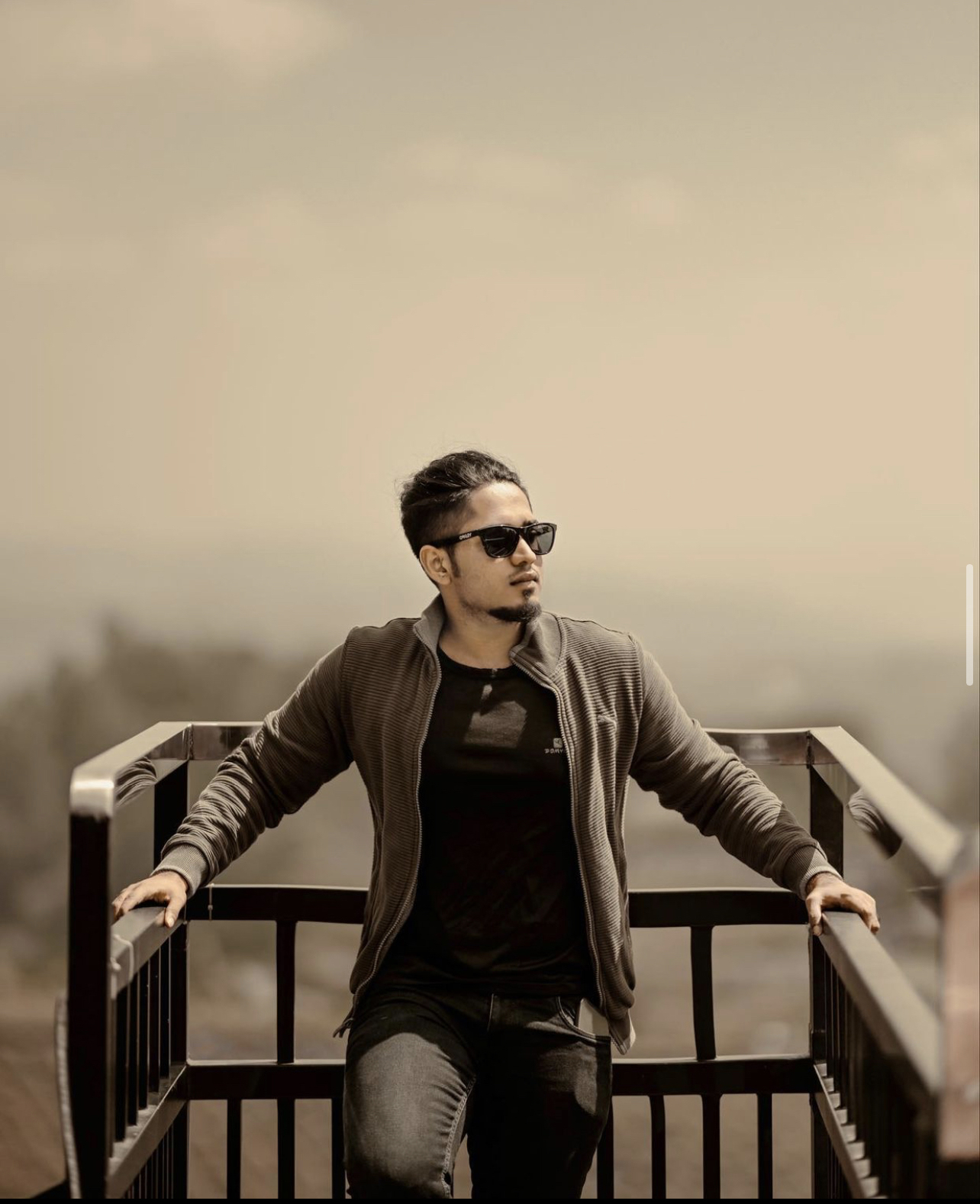 There is no big secret to his success other than that he works extremely hard to achieve results. His strength is constant research and development, as well as being technologically savvy, which allows him to lead and be the best in the industry. He is pleased with the fact that his company provides pensions to 100 elderly people, and that he is thereby contributing to society in whatever manner he can.

As a parting shot, he states that if you give it your all, nothing is impossible to achieve. Keep going forward and never lose hope; all that is important is that you stay focused and work hard to get closer to your goals by giving your all. 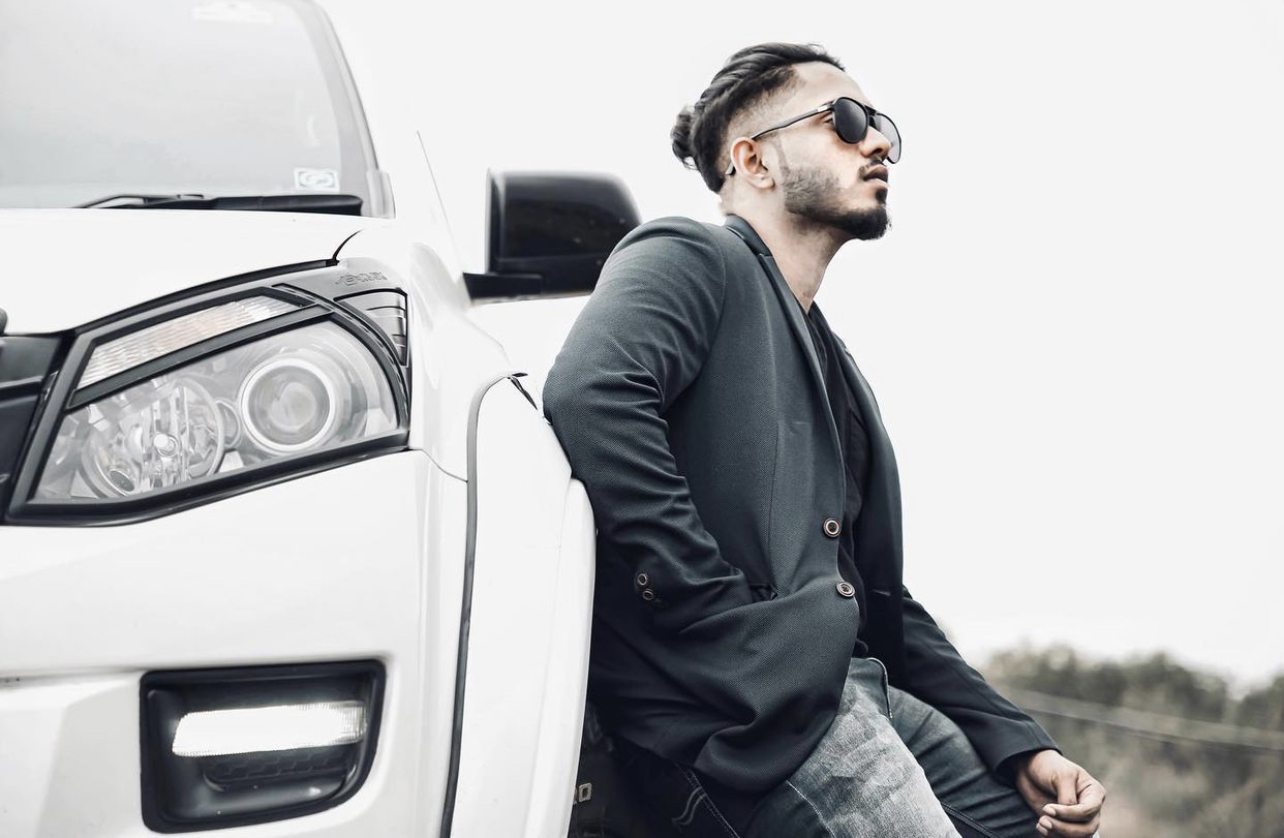 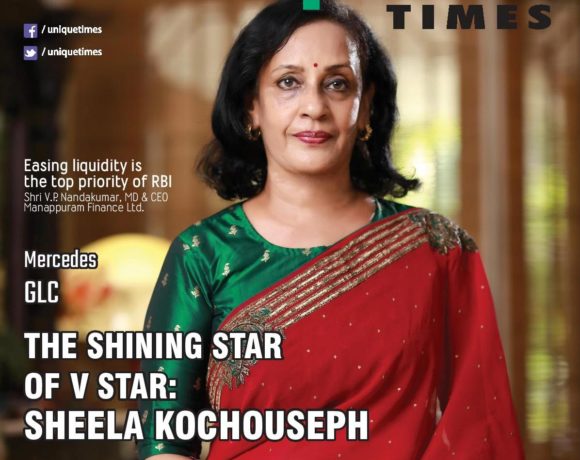