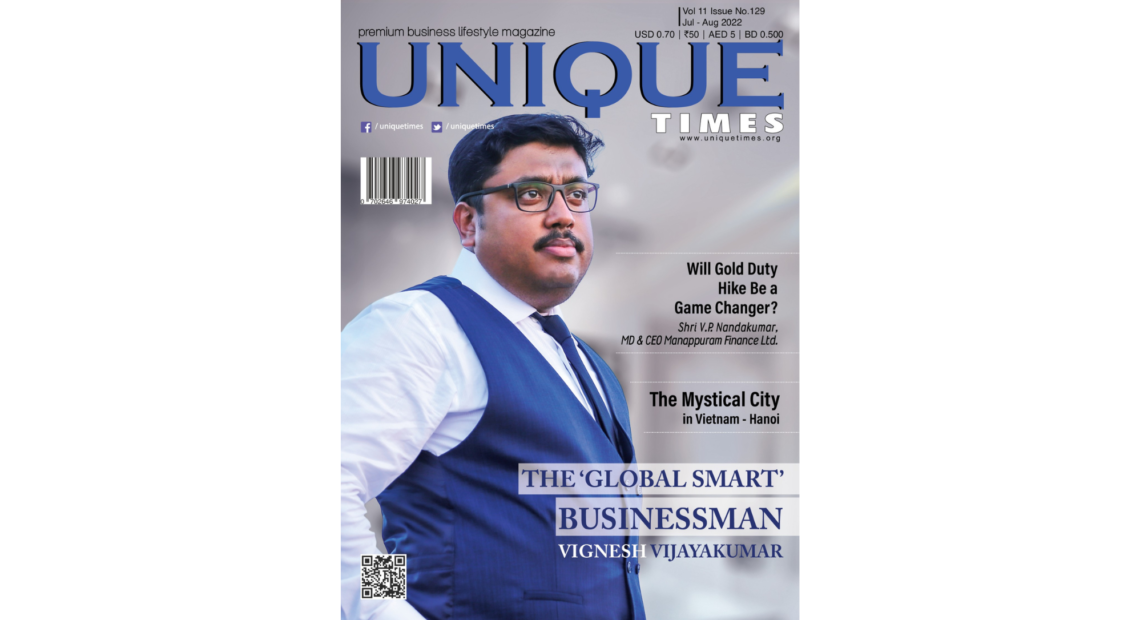 Vignesh Vijayakumar’s success story from an ordinary office administrator to being the brain behind a million-business conglomerate filled with grit, grace and grinding life experiences.

It was a cold December morning in Dubai in 2005. As the clock struck 4.30 AM, nineteen-year-old Vignesh Vijayakumar sprung out of his bed in a jiffy. In a place like Dubai waking up early for work was something uncommon, especially for those involved in a 9-to-5 job. Although Vignesh had an administrative job, an old habit of waking up early, taught by his father stayed even after he migrated to Dubai.

After freshening up, Vignesh picks a pack of microfiber cloth, a bucket and liquid cleaner and steps outside his home while humanity at large sleep in Dubai. Then he trots over to a spot where over a dozen cars are parked in the neighbourhood, all waiting to be washed.

Till 7 AM, Vignesh then starts his morning chore of washing cars. Every day he would wash 14 cars to earn that extra buck. “So early in the morning there was no other job that a young man could do in Dubai,” says Vignesh who currently runs a multimillion conglomerate.

“I used to earn 100 dirhams for a car wash. My body clock woke me up early and this was the only job that was available at that time. I did this job for 7 months,” chuckles Vignesh, lovingly called by his friends and colleague as Vickii. 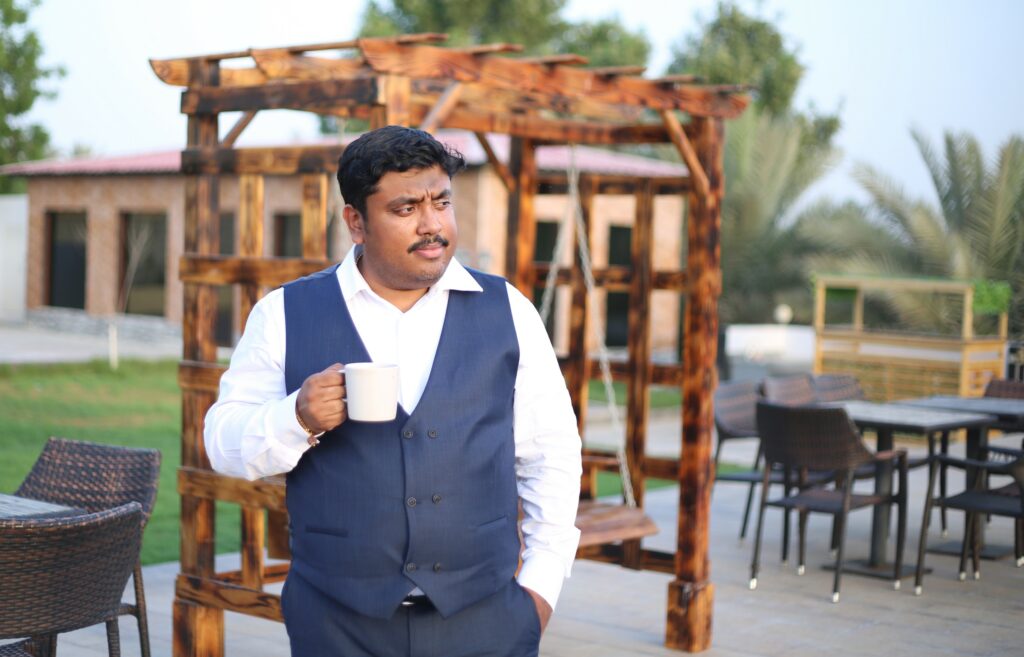 Today, its been 18 years, from washing cars to owning a fleet of 13 luxury cars, Vignesh has come a long way in terms of growth and is one of the most sought young businessmen in the GCC. But the rise of his business verticals was no rosy tale.

Vignesh Vijayakumar who hails from Angadipuram in Malappuram district started his career as an administration officer at a dairy brand in Dubai and today he runs a multi-million business empire and has perched his feet on various verticals like manpower supply, real estate, trading, hotel management, events, and talent management along with Equestrian business where he owns 61 high bred horses. “I do own 61 horses and 3 elephants and have established the Equestrian businesses in Aurangabad, Rajasthan as well as in the home district of Malappuram,” says Vignesh.

While washing cars, Vignesh had the thirst for prosperity. His only ability was his relentless pursuit of excellence. Additionally, to cater his needs, he travelled long distances and took tuition for elite families in the gulf. During this time, he realised that many people need a liaison officer who would convert visiting visas to employment.

“Back then, I had to go somewhere in the neighbouring countries to enable an employment visa. Most went to Kasab in Oman and Kish in Iran,” he describes. Vickii also chose Kasab for this. This, however, turned out to be a business idea for the young man. Many times, people including Keralites used to get stuck in Kasab and Kish as visa changes were delayed due to unforeseen reasons. Vignesh too had to go through the harrowing experience of securing a visa. During that time, he met more than 300 natives of the Philippines who were stuck in Kasab. Vicky helped them return to the UAE. “That’s how the initiative to arrange visa change and other facilities for travellers started. Later, the business expanded in collaboration with an Iranian company,” and added that it provided him with a steady extra income. Sensing opportunity in this arena, Vignesh ventured into enabling Visas. Slowly between 2006 and 2009, his client base grew and he set up a full-fledged visa services office in Dubai. “I used to oversee visa approval for at least 700 people every month through my first business venture,” remembers Vignesh. 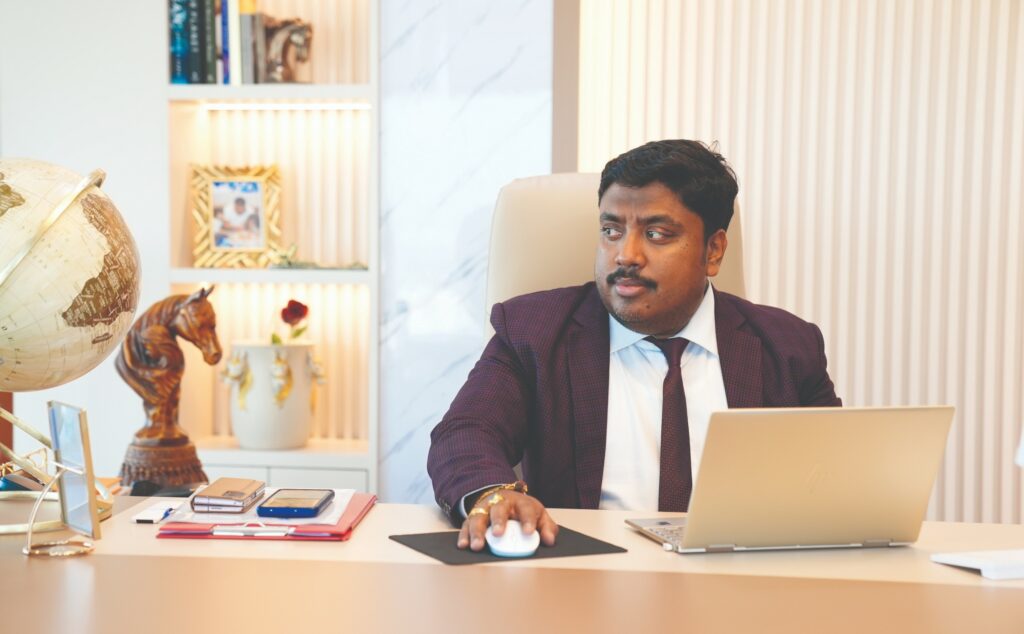 In 2009, the visa rules in the Gulf changed and this hit his business as well. Around the same time, a Pakistani business partner cheated Vignesh and issued cheques to his employees to whom he owed money without the knowledge of Vignesh. After it, he left the country. Vignesh got caught in the legal quagmire and took a few years to clear himself from the legal and financial mess. “The toughest time of my life grounded me. It gave me a real insight into who my real friends were. The challenge made me a more focused individual with stern resolve,” says Vignesh. But as good luck would have it, a distant friend, a Chinese national came out to the rescue of Vignesh. She loaned him 15000-dirhams to clear all his financial mess.

“God has been kind to me. When closest people around me disowned me during times of trouble, it was an acquaintance that bailed me out of a very difficult situation. I find this as an act of grace,” reckons Vignesh, “When my fortunes turned in my favour, I paid her back all that was borrowed.” 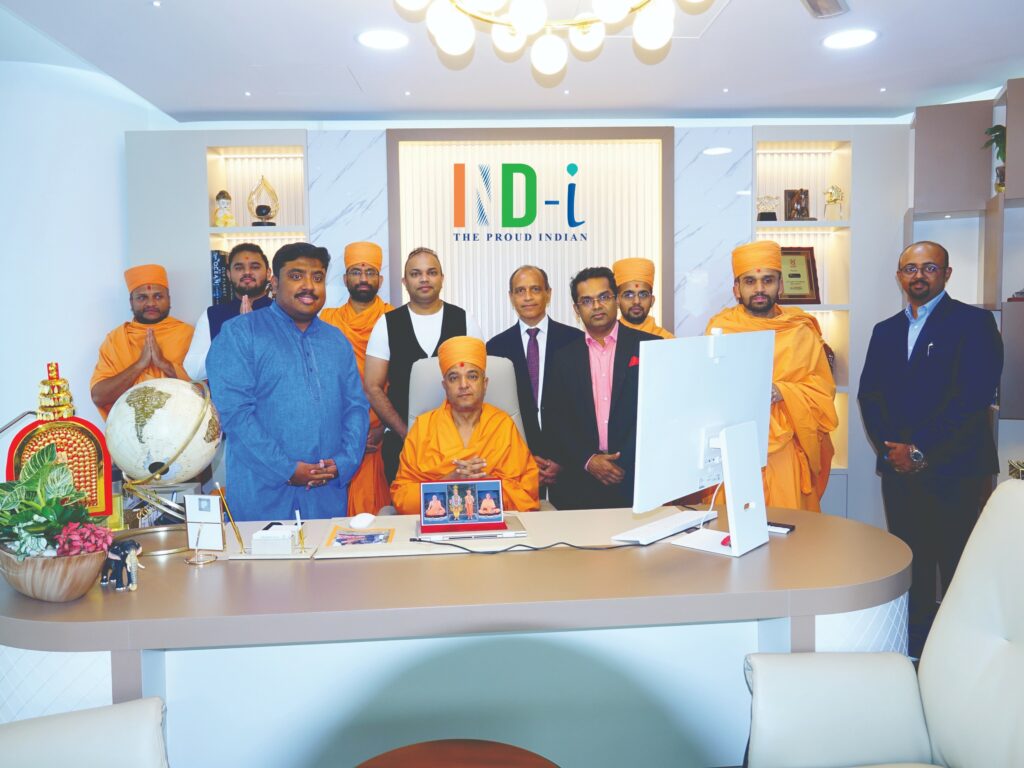 “I found a foothold in setting up a PR firm in Dubai that allowed me to expand my business base after resolving all the legal problems in 2010,” says Vignesh. His wide experience over many years includes business acquisitions and disposals. Over the last decade, Vignesh has been in charge of setting up businesses in the UAE for clients and providing various services and facilities. He is also involved in providing administrative facilitative services to clients in their day-to-day liaison with government offices. He is supported by a dedicated network of back-office service providers including typists, translators and access providers. He also carries out many support activities relating to the restructuring of Companies.

His passion for horse racing, stud farms has made him to own 62 Marwari horses in 3 stations in India and 3 Arabian horses in Dubai. 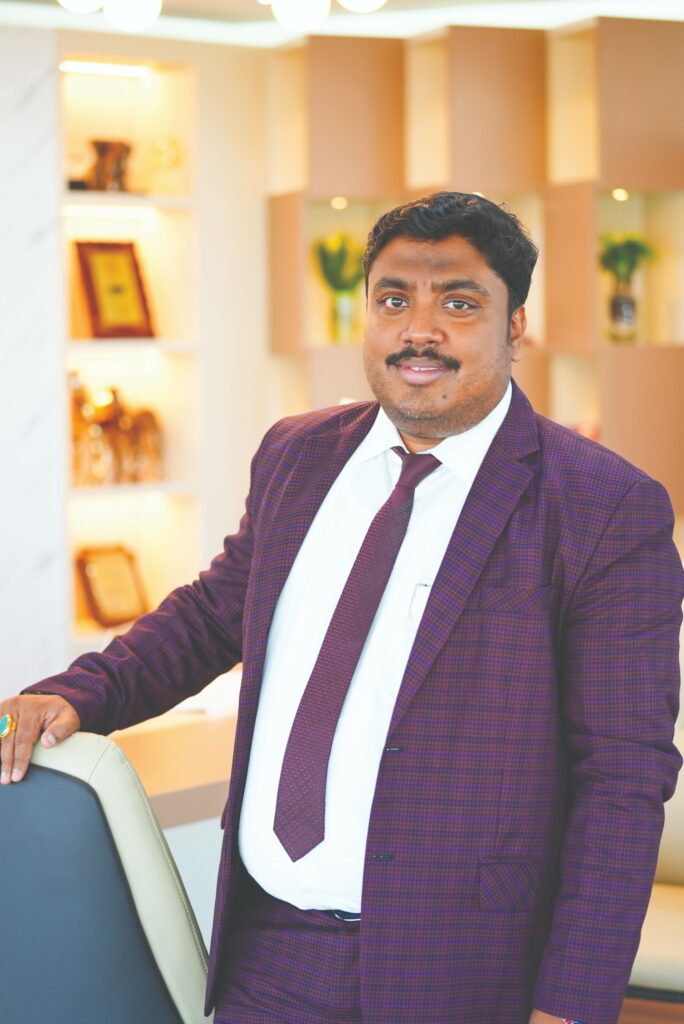 Vignesh Vijayakumar takes an anecdote of a war situation and says the person who has taken part in war can understand the finer lines and provide more clarity as well as a bout of experience in comparison with someone who describes it after reading a book.

Vignesh Vijayakumar has always excelled in the atrocities of life, becoming the Top 30 Millionaires under the age of 30 in Dubai, UAE. Besides that, he has also been an active part of the socialite world, participating in various events and functions.

“My life has been my biggest teacher. I have seen the peaks and valleys of business. I have had rich experiences of failure and also have been exposed to myriads of challenges. It is these challenges that carved my road to success.” Vignesh Vijayakumar also credits his success to being a go-getter attitude. “Back then when I decided to run away from the legal proceedings which I would have to face, I found a stranger in the desert sand who said every prosperity that the country has made has come from the speck of sand. That insight moved me. I decided to face the consequences.

Vignesh confronted and resolved the legal issues. “Patience is another virtue that builds success. In life and business if one is impatient to face problems and challenges then it is very difficult for him to excel,” points out Vignesh. 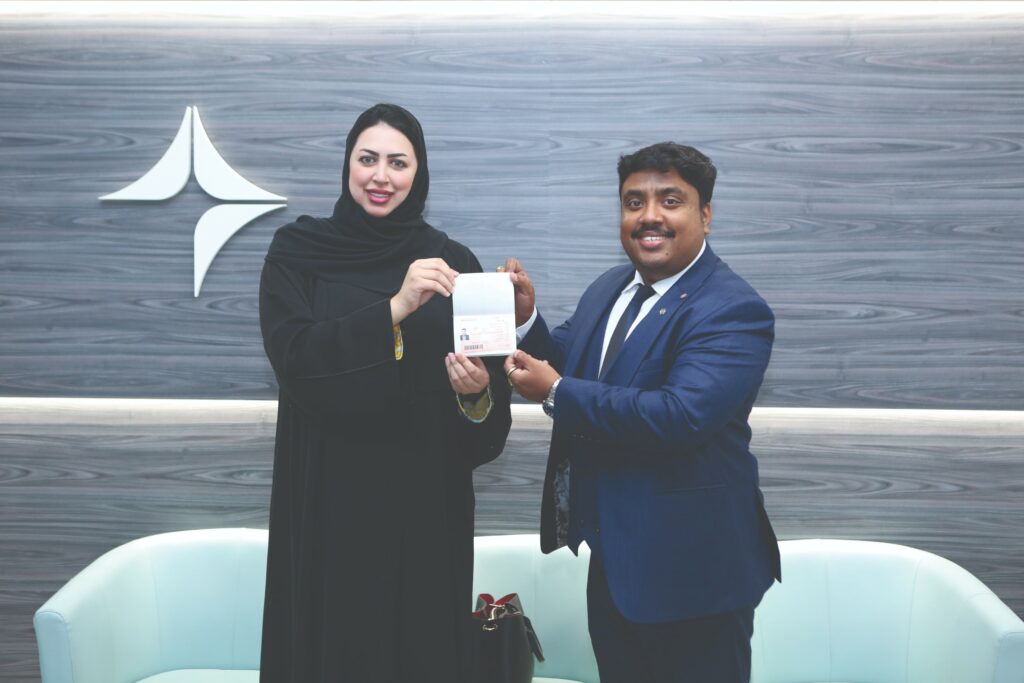 Recently Vignesh hogged the limelight after he bought a Mahindra Thar through an auction which was gifted to Guruvayur Temple by a devotee. The car was bought by Vignesh Vijayakumar for a whopping 43 lakhs (plus GST) which was more than double the on-road price of the vehicle. When asked about the lavish expenditure, Vignesh responded that his parents are staunch devotees of Guruvayurappan, the presiding deity at Guruvayur Temple. “I didn’t look at the price tag. I bought it as a gift for my parents who are regular visitors to the grand temple.”

Vignesh Vijayakumar, who is also a well-known car enthusiast in Dubai, owns 12 vehicles including luxury cars in his collection. ‘Even though I had dreamt of having a  fleet of cars when I was young, I was not in a financial position to own them. Later with the blessings of Guruvayurappan, all of them became possible. These include Ferrari, Bentley, Maybach and Rolls Royce. But any vehicle, including the one that is going to come and the one that is now, is not worth as much as the Thar received today,’ says Vignesh Vijayakumar, providing a streak of his spiritual streak.

“I am not a religious person. But I am spiritual and believe in the cosmic order of things. I do have a personal spiritual guru and he has guided me in all my important decisions,” says Vignesh.

Vignesh Vijayakumar’s life lessons are very much connected to numbers. He believes that the use of numbers to interpret a person’s character or to divine the future – which has made him attracted to 7.

He says “7 is a sign of wealth, and wealth is not just money, it is a connection you made with your emotions”. His recent auction of the controversial Mahindra Thar Car at Guruvayur also had 7-attached to it. The closed tender had an

Vignesh Vijayakumar who understands the perils of not having enough skills to secure a job, plans to open training centres across India which would help youngsters to be trained with job-specific skillsets. “We plan to open several training centres across India to impart knowledge and job skills. The centres will be opened on a non-profit basis. This is my humble give back to the country,” says Vignesh.

With an aim to empower women and develop youth, he plans to link his skilling and training initiatives to focus more on these categories in the initial phase. 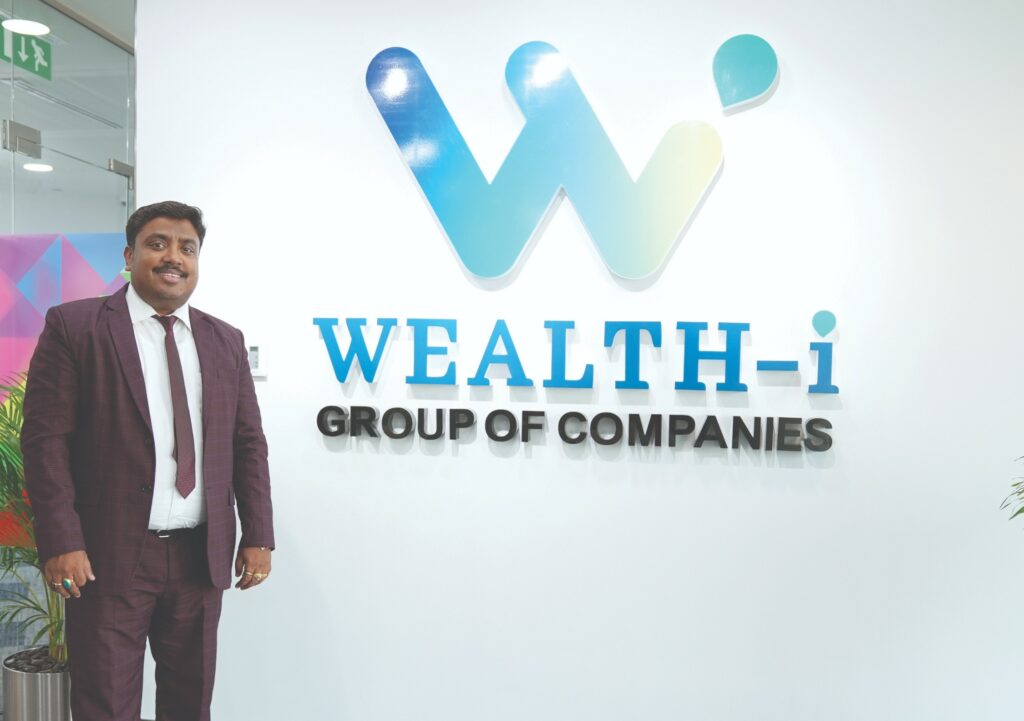 Vignesh Vijayakumar has been an NRI since 2006 and he is aware of various concerns faced by this sect. Himself being a businessman and engaging rightly with NRIs by providing them with superior quality service, both within and outside India, has been a dream for him.

He will be launching an initiative with Government’s blessings, for connecting each NRI back to his roots efficiently through technological interventions and high quality trackable servicesl 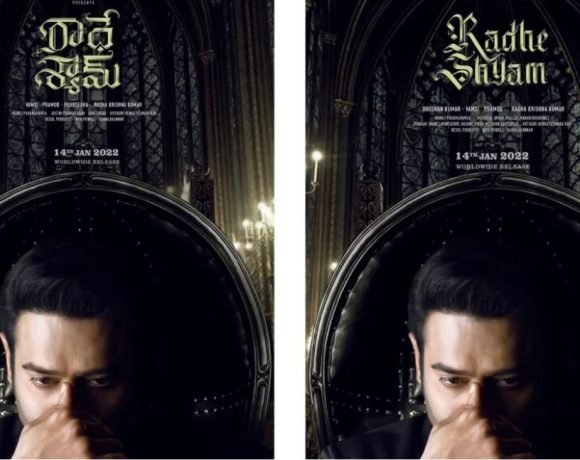 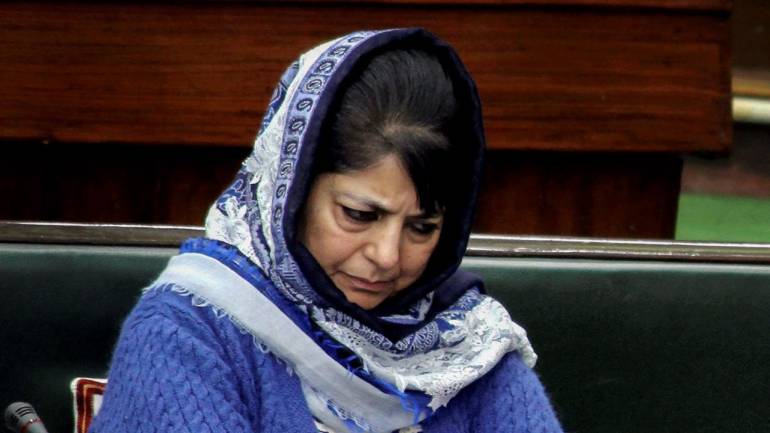