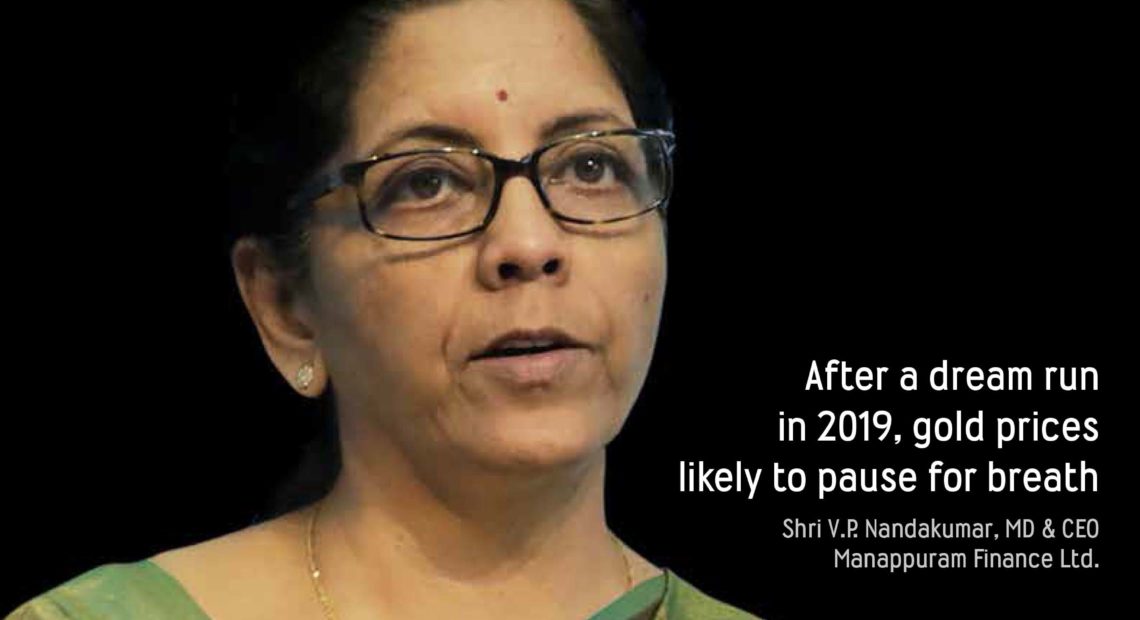 The NDA second’s first budget is just a month away. At present, all eyes are on a single person. That person is none other than the first fulltime female finance minister, Nirmala Sitharaman. Her first budget was exceptional. The magic is expected to be repeated in the upcoming February also. This time, the biggest challenge before her is economic slowdown.

When she assumed the charge of the Finance Ministry, the Indian economy was at its weakest point. The induction was, thus, a huge challenge.

Despite the pressure imposed by the struggling economy, she presented a people-friendly budget. The common people – especially those in the salaried class whose income is less than Rs. 5 lakh – benefitted hugely from the budget. Though the focus was more on the common people, the needs of the business class were not left unattended; that too was also rightly addressed.Notably, even the measures required to boost the inflow of foreign investments were there in the budget.

In her first year in the office as the FM, she was very keen to serve the interest of the common people. The GST rates for certain items like housing, vehicles and hotel rooms were revered several times in this period.

As the FM is preparing to come up with her new budget, the expectation remains at its peak. The country very well knows nothing lower than an extra-ordinary budget can be expected from the talented economist who holds a JNU M Phil degree in the subject of Economics.

Nirmala Sitharaman, who hails from the Indian state of Tamil Nadu, is a member of the Upper House of the Indian Parliament – Rajya Sabha. She represents the state of Karnataka.

Her life as a social worker formally commenced when she was appointed as a member of National Commission for Women in the year 2003 by the Atal Bihari Vajpayee government; in fact, informally it began much earlier.

Her formal political career started when she joined the BJP in the year 2006. Within a short span of less than four years, she raised to the rank of the official spokesperson of the party. Her political growth was swift, yet impressive.

It was from the state of Andhra Pradesh she was initially elected the Rajya Sabha. In the first NDA government, she was a, not-so-popular, junior minister.

It was her hard work and dedication that helped her to leave the junior minister status for the highly respected Defence Minister status; she is the first fulltime female defence minister.

When the second NDA government was inducted, she was awarded with the most coveted Finance Ministry. It was a perfect recognition for her contribution as an efficient cabinet minister in the first NDA government.

Her performance as a lawmaker is also commendable. She is an active participant in the lawmaking house. She has dedicatedly participated in several important discussions, presenting her views about the discussion topics fearlessly. She has often crossed the limitations, posed by her political affiliation,to pay complete justice to the topics that have been presented to her in the house for her views.

While mentioning her care towards the people of the country, the ‘Ockhi’ incident needs a mention. She flew to Trivandrum, when the Cyclone Ockhi brought disaster to the coastal regions of the district. Her arrival was a great emotional support to the affected people. She unhesitatingly addressed the frustrated crowd, when no government representative was ready to face them due to the fear of unwelcoming emotional outburst from the part of the affected.

Her non-political career is as eventful as her political career. She was an assistant to Economist in the Agricultural Engineers Association in the United Kingdom. She also served as a senior manager in R&D. She was even a part of the BBC World Service team.

This Madurai-born woman is not less than an inspiration. Whether it be her academic qualifications; be her contributions as a political leader; be her activities as a social worker, all are worth admirable.

This lady is one of the founding directors of a Hyderabad-based Non-Governmental Organisation, Pranava.

There is no wonder that she holds a place in the list of one hundred most powerful women in the world prepared by Forbes.

Nirmala Sitharaman is married to renowned economist Parakala Prabhakar, whom she met during her JNU days. The couple has a daughter.

The FM’s life story speaks volumes about how to lead a meaningful life. At present, what is before her is a challenging task. She is not new to challenges. The journey she began as a BA Economics student in Seethalakshmi Ramaswami College still continues steadily. Getting a seat in the JNU was a challenge; finding a good job in Europe was a challenge; forming a responsible NGO was a challenge; getting into politics was a challenge; presenting a flawless budget was a challenge. Every time, her confidence and determination have emerged victories. The trend may remain unchallenged in the future also.

It will not be a surprise if this lady will manage to become the face of the saffron party in the near future. At present, if any woman leader has the calibre to make such a huge leap, it is only Nirmala Sitharaman. She has the required charisma, as well as the needed leadership quality.

If any lady has ever occupied the coveted positions like the Defence Minister and Finance Minister other than the FM, she is Indira Gandhi, the Iron Lady of India. That comparison itself is enough to understand where Nirmala Sitharaman stands in the Indian political hemisphere. 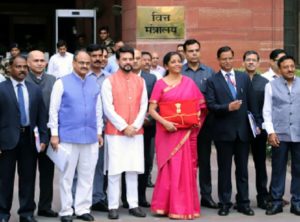 A leader who conquered the odds with invincible willpower! – Abbey Rodrigues

LIVING WITH THE STAR 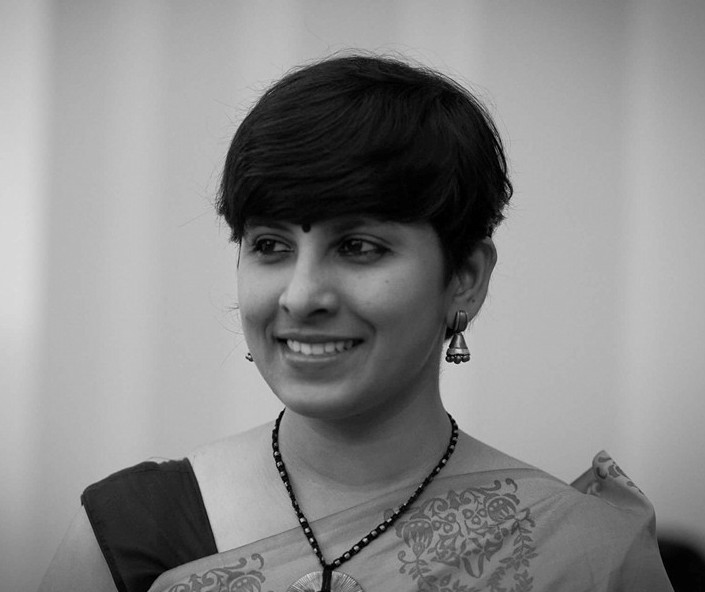 The confidence she wore