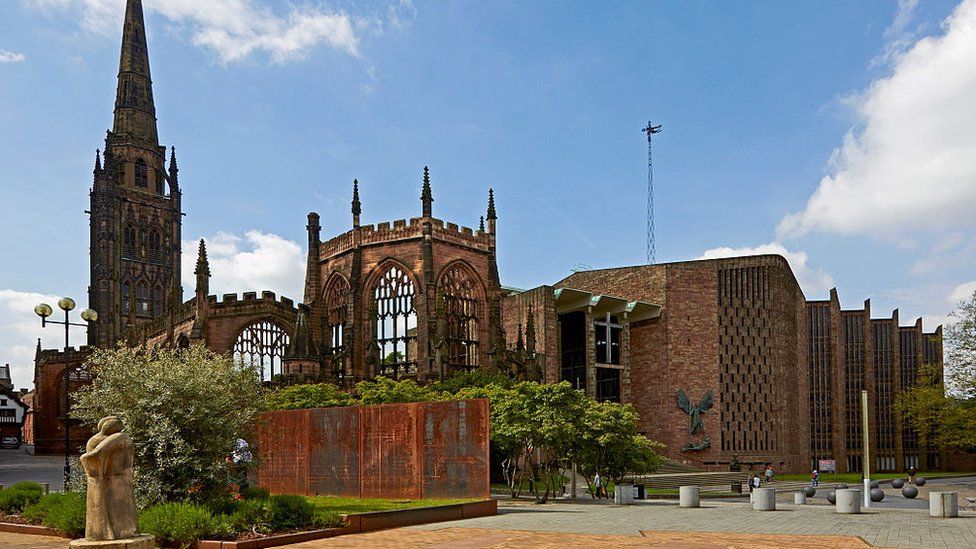 Coventry is a beautiful city recognized for its medieval cathedral and the designation of the UK’s City Of Culture for the year 2021. Little is known about Coventry’s early history, however, there were Celtic communities at nearby Corley and Baginton previous to its founding, which were conquered by the Romans and then by Saxon invaders. These sites were likely chosen because they were near early trackways and were on light, easily worked soil free of dense woodland and undergrowth, as opposed to the hard clay soil covered in marsh and forest near the north-eastern reaches of the Forest of Arden, where Coventry would rise. This artwork is claimed to depict Coffa’s Tree, from which Coventry may have gotten its name, and is placed out in the excavated ruins in Priory Gardens.

The earliest village here likely grew up around a Saxon nunnery built by St. Osburga around 700 AD. Coventry is a terrific destination to visit and start your university studies because it is steeped in history and bordered by lovely Warwickshire countryside.

A city known for its ability to reinvent itself and for being the city of ‘peace and reconciliation.’ A concept that arose out of the events surrounding the WWII bombing of Coventry Cathedral. Along with Stalingrad, Coventry became the world’s first ‘twin’ city during this time, and it is currently twinned with 26 towns and cities around the world.

Have you ever heard the expression ‘true blue’ (which refers to someone faithful and uncompromising in their beliefs)? Coventry is where the term came from. The ‘genuine’ colour came from the blue cloth created in the city and the fact that the material didn’t fade with washing. 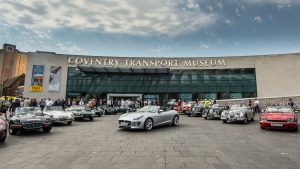 The Coventry Transport Museum houses the world’s largest collection of publicly owned, British-built automobiles. Giving you an insight into the city’s long history of manufacturing. There are approximately 250 cars, 100 motorcycles, and 300 bicycles in the area. Jaguars, Humbers, Standards, and Triumphs made in Coventry are among the must-sees.

The ThrustSSC, the first road vehicle to break the sound barrier in 1997, and an Austin Metro originally owned by Lady Diana are two of the most popular exhibits. Scientific experiments and engineering challenges are popular among children’s pastimes.

The second cathedral, along with the city, was destroyed by bombs dropped by the Luftwaffe on the night of November 14, 1940. The ruins of the old Cathedral are now preserved as a memorial and spiritual area for the city, and they are well worth visiting while studying here. The new Cathedral was consecrated in 1962, and its modern design sparked debate initially, but it was quickly embraced as a symbol of peace and unity. 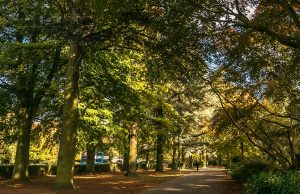 Following World War I, the city purchased 50 acres of land from the Lords of Styvchale Manor in order to create a park in honour of Coventry’s war dead. The gardens were developed in the 1920s and 1930s, and the centerpiece is a 27-meter monument made of Portland stone that was dedicated in 1927. The park was given a multimillion-pound renovation at the start of the decade, and it has since been awarded the coveted Green Flag status for its upkeep and services.

The memorial and garden are on one side while playing fields, a “Splash ‘n’ Play Park,” a golf course, and tennis courts are on the other. There’s a lot going on throughout the spring and summer, including the Sikh and Hindu Vaisakhi Mela event, the Caribbean Festival, and the well-known Godiva Festival. 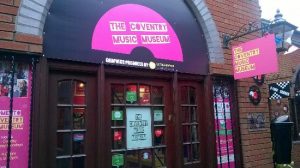 Coventry and Warwickshire have produced a number of modern music pioneers, all of whom are honoured at this lively museum. You can learn more about musicians like Delia Derbyshire, an electronic music pioneer who was a member of the BBC’s Radiophonic Workshop and created the iconic electronic version of the Dr. Who theme.

Two-tone, a multicultural cross-pollination of punk and ska, was born in Coventry. The genre and its most famous band, The Specials, have a lot of exhibition space. The museum also features a timeline of the region’s musical history, dating back to Roman times, as well as a replica of a record store booth and an interactive recording studio. 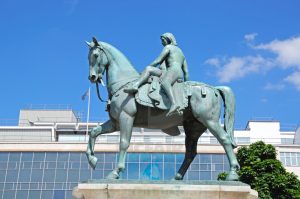 Lady Godiva was a true historical figure, a noblewoman from the 11th century who married Leofric, Earl of Mercia. According to folklore, she rode through Coventry on horseback nude (save for her long hair) in protest at her husband’s exorbitant taxation of his tenants.

Except for one guy, a “Peeping Tom,” who is said to have been struck blind as a poetic punishment, the entire city avoided their look, preserving her modesty. The term “Peeping Tom” comes from this, and the statue of Godiva’s epic journey, which was constructed in 1949, can be seen atop a sombre plinth on Broadgate. A clock featuring a figure of Godiva that appears on the hour, observed by Peeping Tom, may also be found on Broadgate. 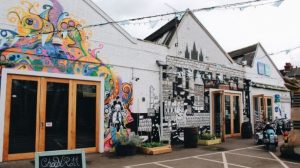 East of Coventry University, a former industrial zone has been revived as a magnet for creative, young, and independent firms since 2014. Vintage clothing boutiques, graphic design and animation studios, candle manufacturers, a microbrewery and bar, and a vegan cafe can be found in renovated warehouses and the lanes connecting them.

The Box is a beautiful 500-seat performing arts facility, while the museum devoted completely to American 20th-century TV actor Phil Silvers, best known for his role as Sergeant Bilko, is maybe the oddest item at FarGo. 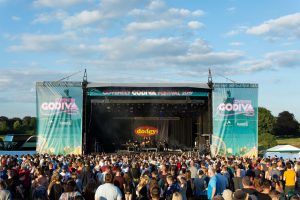 The UK’s largest free family event, held in War Memorial Park over three days at the end of August and beginning of September, is held in Coventry. Since its inception in 1997, the festival has been noted for its regularly strong alternative rock lineup, which is supplemented by some more mainstream acts.

The Happy Mondays, Echo and the Bunnymen, the Buzzcocks, and the Stranglers have all performed here in recent years. The event features two fields: the Family Field, which includes a funfair, petting farm, and falconry demonstrations, as well as a charity village and community stage, and the Community Field, which includes a charity village and community stage. There is music for everyone on the Main Field. 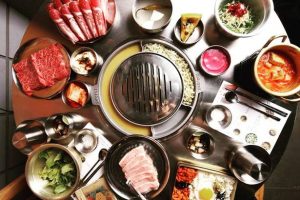 The restaurant industry in Coventry has grown in recent years, and the compact city centre now includes a diverse mix of eateries that draw inspiration from all over the world. Coventry brings us a delightful blend of the exotic and the familiar, combining national chain favourites with local independents.

Playwrights Bar & Bistro is located in Coventry’s Cathedral Quarter. The pared-back decor tucked discreetly away on the cobblestone Hay Lane, ensures that the cuisine takes centre stage. The menu is a simplified read-through of British staples, using local vendors. Slow-cooked pig belly, herb-crusted sea bass, and lamb shanks are presented with steaming fresh vegetables as a prelude to the very British Eton mess and apple crumble on the dessert menu.

The Cosy Club, with its more unusual ambiance (think hunting lodge meets nanny’s kitchen), serves breakfast, lunch, and dinner in the heart of the city, with a substantial brunch menu, burgers, salads, tapas, and mains that range from light snacks to classics to simply the best available. An extensive drinks menu with a large selection of bottled beers, ciders, ales on tap, wines, and cocktails will ease you into the evening.

Two of the city’s favourite Indian restaurants are My Dhabba and Turmeric Gold. My Dhabba is known for its thali, which allows customers to try a variety of tiny dishes, while Turmeric Gold is as much a visual feast as it is a gastronomic one.

Admire Conventry’s Beauty to the Fullest

Coventry is a city of culture, history, and modern technology that blends the old and new to create something beautiful. The city’s story has a lot of events and individuals that have influenced it and made it one of England’s hidden gems. 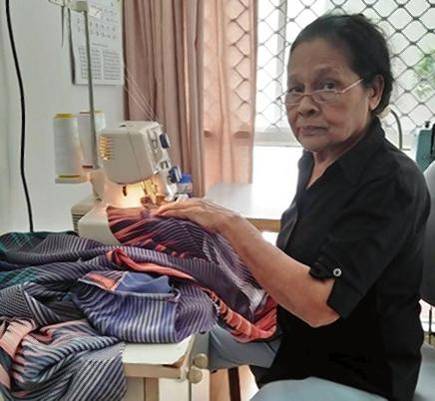