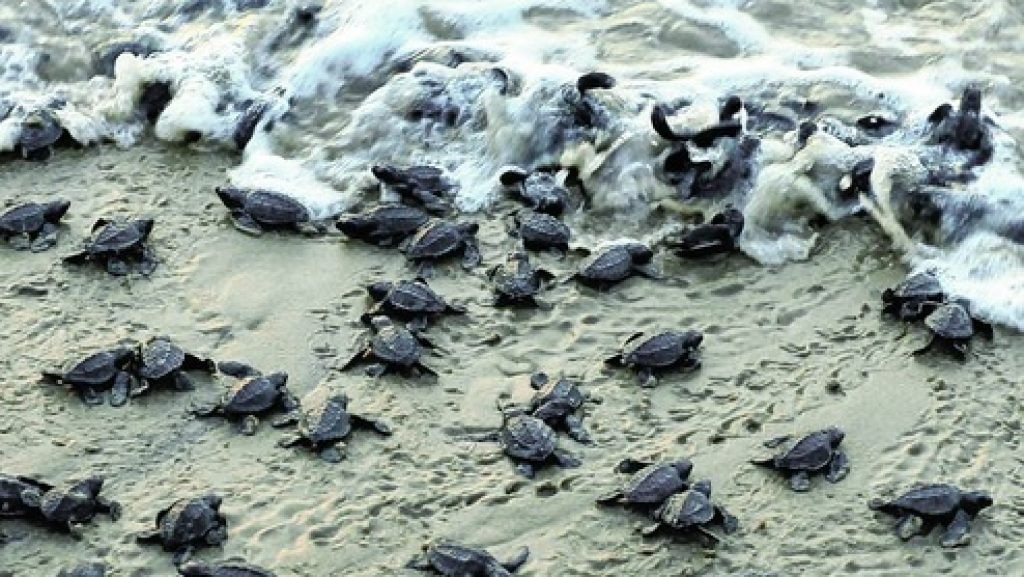 Every year from the third week of February to the first week of March, these endangered species flock to the area to lay their eggs. After burying the eggs, the turtles rest for a few days after a long journey from the Indian Ocean. According to Susant Nanda, Senior IFS Officer, as many as 2.45 lakh Olive Ridleys crawled ashore to lay eggs on Day 1 this year.

On Friday, this rose to 4.92 lakhs in Rushikulya and 5.20 lakhs in Gahirmatha. The number has shattered all previous records for mass nesting. The Forest Service is doing everything it can to protect endangered species. While fishing has been prohibited for up to 20 kilometres along the coast from Gahirmatha to Rushikulya, a team of forest officials and 20 personnel has been deployed to ensure that no violations occur.

“The State Forest & Environment Department has made arrangements for safe nesting by enforcing restrictions on the movement of fishing boats and illegal activities near the nesting site,” Berhampur Division DFO Amlan Nayak told India Today. The female turtle packs down the sand and returns to the water to rest after laying her eggs in the sand burrows. The mother turtle never returns to her nest once it has been laid. For conservationists, the entire process of endangered species of sea turtles arriving at the Gahirmatha and Rushikulya rookeries to lay their eggs in the sand is an amazing sight.