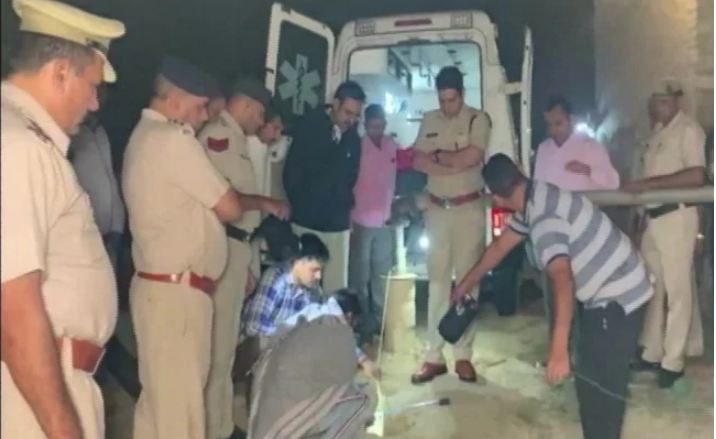 On Monday a 5-year-old girl fell into a 50-feet-deep borewell in Harsinghpura village in Haryana’s Karnal district, succumbed to her injuries, even as she was pulled out by National Disaster Response Force ( NDRF ) a day after she slipped into the pit.

Haryana Chief Minister Manohar Lal Khattar, announcing her demise in a tweet said, “Deeply saddened to know that 5-year-old Shivani, who had fallen into a borewell in Gharaunda, has passed away. Though she was rescued by @NDRFHQ & district teams & rushed to the hospital,she is very unfortunately no longer with us. My prayers are with her family in this time of need.”

The borewell belonged to the family of the girl, who slipped into it while playing in the fields on Sunday in Gharaunda area. A search operation was begun after the family realized the child was missing, only to find that she had fallen into the borewell, the police said.

The district administration and the police were informed and a rescue operation was launched. Later, the NDRF was also informed, the official said. Oxygen was being supplied inside the borewell and the rescuers used a camera to check on the child through which they saw her foot. An audio recording of her parents’ voice was also played to give her a sense of security, the police said.