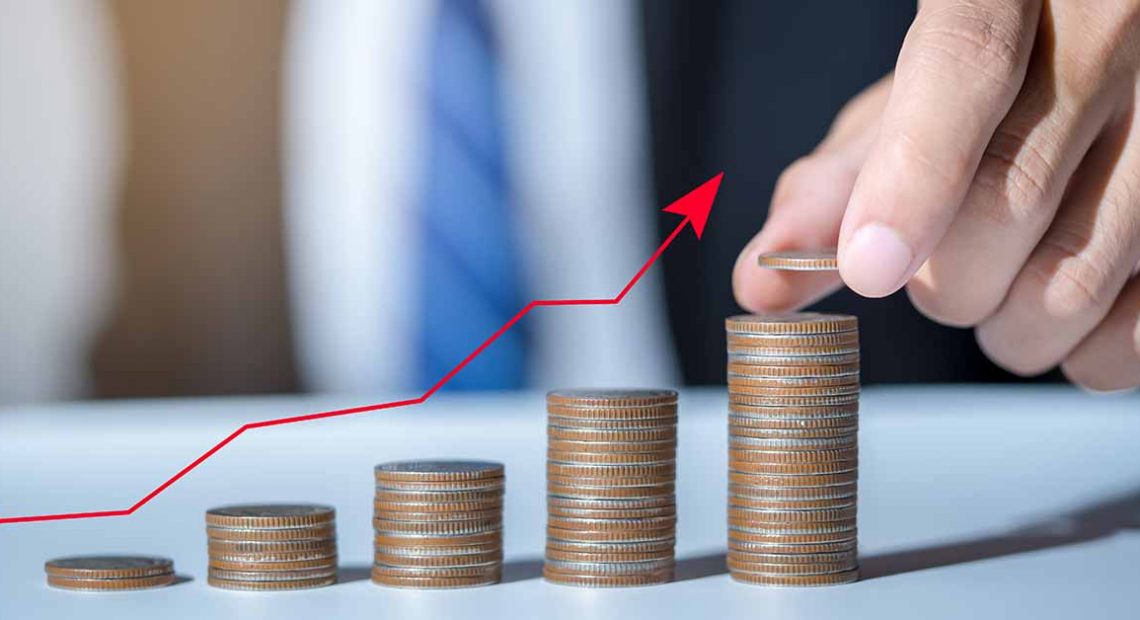 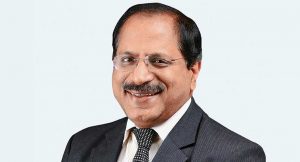 An important development for the Indian economy in recent years has been the remarkable success achieved in lowering interest rates. This came about because the RBI has steadily cut its key policy rate since January 2014 when the repo rate had peaked at 8 per cent. The repo rate has now come down to 4 per cent (the lowest ever) for a total reduction of 4 percentage points over six years. During the global financial crisis of 2008, the repo rate had bottomed out at 4.75 per cent before starting to rise again. Incidentally, the RBI had tried to raise rates briefly from June to August 2018, when it increased the repo rate from 6 to 6.5 percent. In fact, in the March 2018 issue of this publication, my article titled “Are interest rates poised for reversal?” about my expectations of interest rates heading up, proved correct in that the RBI increased the repo rate from 6 to 6.25 per cent in June 2018 and then to 6.5 per cent in August 2018. However, the IL&FS crisis hit the economy towards the end of 2018 and there were no further hikes.

The RBI’s move to cut interest rates over the last 3 to 4 years followed the decline in India’s inflation rate and reflected its confidence in the government’s ability to keep a lid on fiscal deficit.

During its February 2021 meeting, the RBI left its benchmark repurchase rate at 4 per cent stating that it would maintain an accommodative stance as long as necessary to support the economy hit by the COVID-19 crisis, while ensuring that inflation remains within the target going forward. The RBI revised its inflation forecast to 5 per cent from 5.2 per cent in H1 2021-22 and 4.3 per cent for Q3 2021-22. Meanwhile, the real GDP growth is projected at 10.5 per cent in 2021-22.

The economy-wide decline in borrowing costs has been beneficial to industry and business across sectors and this is one of the reasons why stock markets in India have boomed recently. Against this backdrop, recent events suggest that an unwelcome reversal of the trend may be in the offing.  While the RBI has held rates steady since the last cut effected in May 2020, it is the action in the bond market that points to rougher weather going forward.

Warning signals from the bond market

Thanks to interest rates falling steadily since 2014, the bond market participants enjoyed a rally in prices for much of the last four years. Yields had fallen from their peak of 9.10 per cent in April 2014 to 5.76 per cent in July 2020. The sustained decline in bond yield was mainly due to the easy monetary policy followed by the Reserve Bank of India (RBI) after January 2014, with the repo rate coming down from 8 per cent in 2014 to 4 per cent as of today.

The decline in bond yield (in other words, the rally in bond prices) came to a halt by December 2020 as the RBI neared the end of its easy monetary policy cycle. The RBI finds itself unable to push for further rate cuts despite the contraction in GDP for two consecutive quarters (following the pandemic) because of the risk of higher inflation on the back of increased borrowings by the government. Market participants expect that the RBI will likely increase the policy rate in 2H-FY21. The key factor underlining this view is the likelihood of inflation making a comeback, which would cause the RBI to normalize policy sooner than currently expected.

In the Union Budget presented in February, the FM budgeted for fiscal deficit at a much higher level than last year’s budget given the pressing need to stimulate economic activities. However, because this necessarily involves higher government borrowing, the bond interest rate cycle turned, resulting in a spike in the cost of borrowing for the government as well as for the highly rated corporates. Yield on the 10-year benchmark bond went up recently. Since the Union Budget was unveiled, the benchmark yields have hardened to 6.20 in March (up by 42 bps). Even the yield on one-year T-bill has increased from 3.40% to 3.70% in February this year. The elevated fiscal deficit shown in the budget was not unexpected. After all, there is a clear need to revive the economy and channel investment into infrastructure, and it was expected that fiscal deficits would likely run higher than base for a couple of years or so. In the corporate bond market, two AAA-rated borrowers had to reduce the size of their debt issuances recently, due to the higher yield demanded by the market. Incidentally borrowing costs for large, AAA-rated PSU’s have increased by 80-100 bps over the past few weeks.

These days, the bond markets and the RBI are involved in a tug of war over the yield on government securities. The RBI chose to devolve several auctions on the underwriters last month as the market was demanding a higher yield. The RBI wants to keep the government’s borrowing costs below 6 per cent, which market participants believe is less than the fair price. In this context, it may be mentioned that the increase in yield on government debt is not unique to India as almost all the large economies have witnessed rising yields on government bonds.

Risk of inflation – commodities and oil 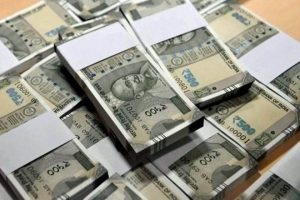 Fiscal stimulus in the advanced economies can be inflationary too, as we have begun to see in the commodities space where prices have firmed up. With prospects of faster than expected economic revival and with governments across the world loosening their purse strings to stimulate economic recovery, the risk of inflation is real although it may not be significant in the near term (i.e. over the next year). However, the current trends indicate that the period of low commodity prices may have come to an end. After Pfizer’s vaccine announcement revived hopes of a quick end to our pandemic woes, global commodity prices started moving higher on hopes of increasing demand as the pace of economic activities picks up. Commodity prices started rallying from June 2020 onwards thanks to a post-pandemic recovery, rising global liquidity, and a weaker dollar. Steel, cement, coal, copper, aluminium, iron ore, are up by up to 75% since June 2020. Copper and tin prices hit their highest in nine years earlier in February, while crude oil continues to trade at a 13-month high.

Oil is a ‘leading’ indicator of growth in the global economy and in 2021, prices went up by 20 per cent within one month reflecting optimism about revival of growth. Moreover, greater compliance by OPEC+ members in respect of their agreed upon production quotas has also supported prices. In April 2020, in the immediate aftermath of the pandemic, the OPEC+ alliance decided to enforce a 10 million barrel per day (bpd) production cut till June 2020, which gave way to a cut of 7.6 million bpd until the end of the year, and now to a cut of 5.6 million bpd through 2021 until April 2022. Crude oil prices have risen more than 60 per cent since November 2020 when the first vaccine announcement was made.

Staying with the outlook for crude oil prices, a further complication is that the new Biden administration in the US is very conscious about the environment. Many of its leading lights are opposed to fossil fuels and keen to force the pace of change towards renewable sources of energy. This is in marked contrast to the pragmatic approach of the Trump administration that had no qualms about encouraging oil prospecting onshore and offshore. While the long-term impact of a shift to renewable sources of energy would be positive, there are short term costs to be borne. Under Trump, on each occasion that oil prices rose above US$ 60 to the barrel, shale oil producers would ramp up their output and keep a lid on prices. In fact, thanks to the rise of shale oil, the US had effectively become a net-zero importer of crude oil. But now, with a new dispensation under the influence of environmentalists and climate warriors, there is less likelihood of domestic shale oil producers stepping up their output to keep a check on OPEC’s ability to raise prices. Against this backdrop, crude oil may well continue its rally to US$ 80 and above, which does not bode well for India’s battle against inflation.

The negative impact of rising yields

The overshooting of the fiscal deficit in the past and the revised higher deficit estimated for the current FY 2021-22 will put further pressure on bond yields. The rising yield increases inflationary pressure (by pushing up costs for producers) and can lead to a slowdown in private investment and economic growth. As the supply of government bonds increases, it tends to “crowd out” private borrowers and forces up interest rates for them.

Banks are also adversely affected by rising yields as it erodes bond prices and the value of their existing bond portfolio. The higher mark to market losses that banks are forced to book will further erode their profitability at a time when it is already strained by non-performing loans. The cost of raising deposits for banks has also increased in recent months. Corporate entities are finding it harder to borrow from banks at competitive rates. Earlier, higher-rated corporate could borrow via corporate bonds at lower yields compared to bank borrowings. In a scenario of rising yields in the bond market, this window is also becoming costlier.

As in India, bond markets in the advanced economies have also witnessed rising yields (and falling prices). US government’s fiscal response to the great recession of 2008 was to the tune of $1.8 trillion, whereas the fiscal response to the pandemic has ballooned to $6.1 trillion and counting. Recently, the US Treasury bond yield jumped from 0.53 per cent in July 2020 to 1.42 per cent in March (nearly 90 bps jump in less than six months). It must be noted that pre-Lehman the US treasury yield was nearly 5 per cent. In this context, any deviation by the Indian government from the path of fiscal prudence will further pressurise the 10-year benchmark yield given the limited scope of help from the central bank. And that, as we have seen, can only make things more difficult for corporate borrowers who are now well-advised to get used to a period of belt-tightening. 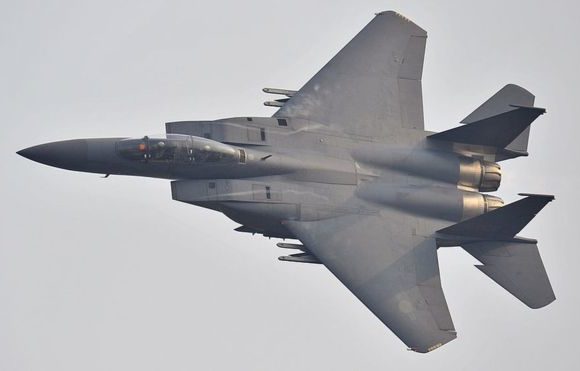