The styling, for starters, is just right. The proportions are good, the character lines are well defined and carefully blended and crucially, the new X1 looks suitably large. The side profile has a strong beltline and beefy wheel arches. The typical BMW front end is imposing enough and the car looks expensive than it is. In fact, during the drive, many mistook it for an X3, which is saying something. The amount of detailing in the tail lamps is terrific. The car we tested had the optional 18 inch rims, which complemented the styling too.

The switch from longitudinal to transverse engine layout has liberated lots of room in the cabin. There is ample amount of space for rear passengers, which rivals like the GLA and Q3 cannot match. The rear seat offers good position, ample kneeroom and is the widest of the lot. Adding to the cabin’s airy feel is the panoramic sunroof and the beige coloured trim. The front seats, unlike the previous gen offer a commanding position, although the bolstering could have been more generous all around. The cabin quality feels massively improved, but some of the plastics could have been better. The gear lever looks outdated and there is too much of a bezel around the 6.5 inch infotainment screen in our xLine variant. The top M sport variant gets an 8.8 inch screen for the i-Drive system. The steering wheel feels meaty, the dials look crisp and the orange ambient lighting makes it all look cool at night. The X1 is quite practical with a 505 litre boot and has rear seats that slide 130mm forward for more cargo space and fold down in 40:20:40 format- something which none of the cars in its segment offer. 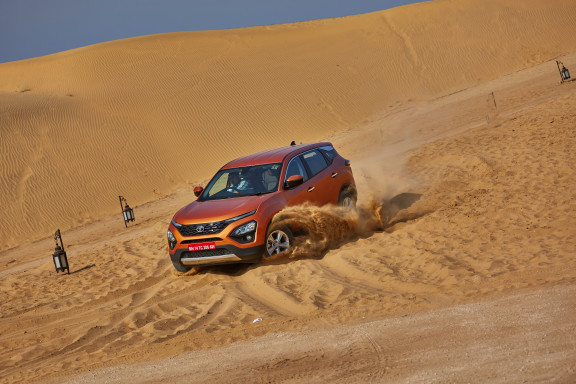