Insides the A4, it feels more Q7 than any Audi sedan on sale right now. The dashboard is very similar to the one in the flagship SUV, and the introduction of the virtual cockpit will surely have you floored. The traditional gauges have been replaced by virtual ones on a high-resolution TFT screen like we first saw on the latest TT. Not only is it now possible to configure the colour and layout to suit different driving modes, but also the dials make way for the satellite navigation system which is way more convenient than taking your eyes off the road to look at the screen on the centre console. We were not big fans of the unnecessarily large AC vent running the length of the entire dashboard, but the quality everywhere is top notch. The MMI Screen doesn’t fold away, but is sure nice with great graphics. The front seats are even more shape than before and it is a nice place to be in for a long drive. The rear seat seems to have been moved lower and further back to liberate more space, although this means, slightly more difficult ingress and exit. Overall, the cabin feels nice and cosy and there is choice of all black and black-beige interiors.

The 1395cc engine is pretty high tech, with built-in exhaust headers, direct injection, turbocharging and many more. It produces 150bhp and 250N-m. It is mated to an equally high-tech 7-speed dual clutch automatic transmission and the combination works well in day to day city driving, giving you a smooth, jerk-free experience. It is when you demand some acceleration that the car struggles. There is a moment of hesitation before the engine gets into boost and the gearbox finds itself in the right gear. Then, it has to work hard to the redline for some actual oomph, sounding a little-strained while at it. It gets annoying after a while when you know you have to cane it out of its comfort zone to do an overtaking maneuver that you give up driving fast and settle down to a relaxed cruise. This was never the case with the earlier 1.8 TSI, 2.0 TSI or the 3.2V6 – all three urged you to drive faster and faster. 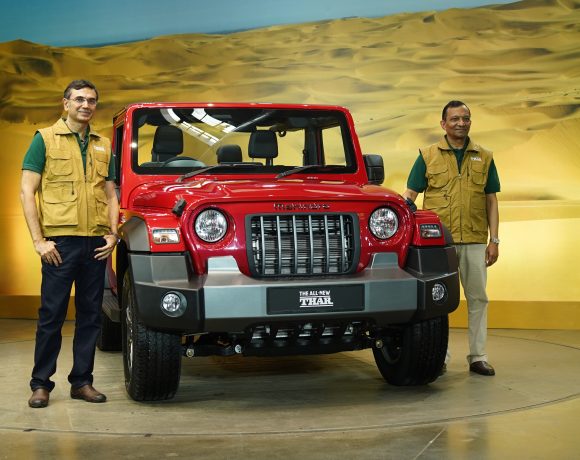 Mahindra unveils the All New Thar on 74th Independence Day