Around 69 killed in spurious liquor tragedy in Assam 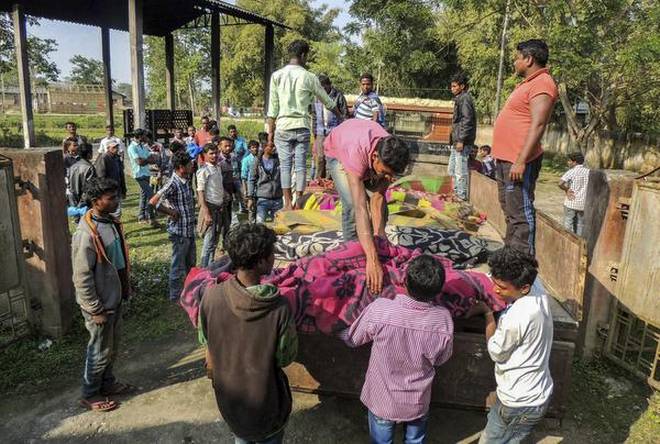 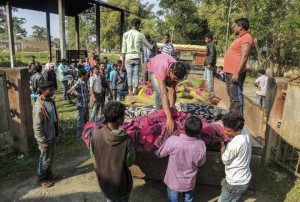 As many as 69 people have been killed in a disastrous spurious liquor tragedy in Assam. Moreover, many other have been badly affected due to the incident. A local source says that the actual death toll may cross 80. The liquor the victims have consumed has been contaminated with chemicals. It is not clear, at this moment, what are those chemicals that have contaminated the liquor. Most of the affected are tea plantation workers. Among the affected, there are at least two dozen women. It is common among tea plantation workers to consume cheap country-made alcohol. In the past, several awareness campaigns have been conducted in the region to reduce the conception of spurious liquor among the tea plantation workers in the region. Sadly, little progress has been achieved on that front.

An investigation has been commenced to bring the responsible before justice. Several barrels of spurious liquor have been destroyed by the authorities to prevent the spread of the disaster. The preliminary assumption is that the deadly chemicals might have been accidentally mixed with the country-made liquor. The liquor samples have been sent to laboratories to identify the chemicals that are present in the samples of the liquor that has killed many.

The government has suspended many local Exicise officials, who are responsible to make sure that no illicit liquor business happens in their circle.

A local Congress leader alleges that the BJP government which rules the state provides safe heaven to the criminals who run the illicit liquor business in the region where the tragedy has taken place.

The BJP has denied that allegation, and denounced it as a politically motivated allegation.