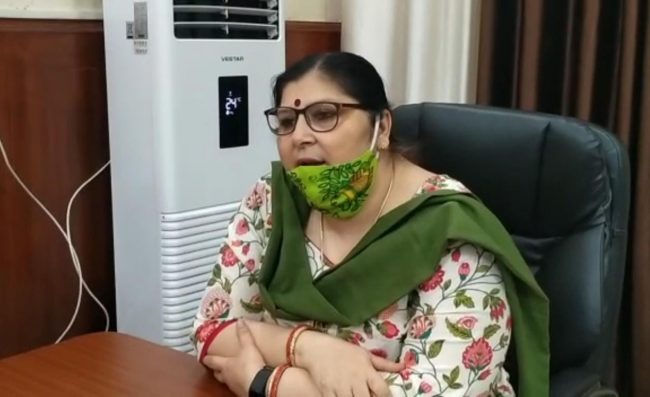 A schoolgirl in Bihar had a rather simple ask: “Can the government give sanitary pads at ₹ 20-30?” “Tomorrow you’ll say the government can give jeans too. And why not some beautiful shoes after that? ” was IAS officer Harjot Kaur Bhamra’s snarky reply. And then she added, “You will eventually expect the government to give you family planning methods, condoms, too.”

When the student reminded her that people’s votes make the government, the officer snapped: “This is heights of stupidity. Don’t vote, then. Become Pakistan. Do you vote for money and services? ”

This exchange, in Hindi, with a teenaged student from a slum was on stage at a workshop on ‘Sashakt Beti, Samriddh Bihar’ (Empowered Daughters, Prosperous Bihar). The project tagline read: ‘Towards enhancing the value of girls’. Harjot Kaur Bhamra heads the state’s Women and Child Development Corporation, which organised the Tuesday function in partnership with Unicef and other organisations.

The policeman did attempt to draw a lesson from her comments. Why do you require assistance from the government? This line of reasoning is incorrect. Do it yourself,” she instructed the audience of primarily female students in Class 9 and 10. But the run of shocking questions and answers was lengthy.

The policeman’s response to a student who said that her school’s ladies’ restroom was still damaged and that boys frequently used it was, “Tell me, do you have separate restrooms at home? How will it work if you keep asking for a lot of things in different places? ”Despite the exchanges being captured on camera during the event, Ms. Bhamra stated today that “it’s false, spiteful, and wrong reporting of an event.”