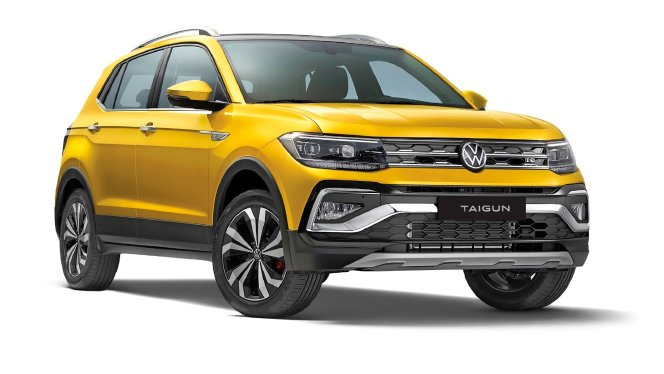 This is the most important new car for Volkswagen for many years. It is the first VW product to be part of their new ‘India 2.0’ strategy to develop India-specific models rather than bringing a product from their global portfolio and adapting it to the Indian landscape, as they always did before.

The Taigun is an Indianized version of the T Cross sold elsewhere. It is based on the MQB A0 platform which underpins the new Polo, Skoda Fabia, Audi A1, and other superminis. The India-specific MQB A0 IN platform has been stretched to make it more spacious. The big hump in the rear floor pan has also been removed meaning that there won’t be an all-wheel-drive version of the Taigun here.

At 4.2 meters, it is about as long as a Creta and has the longest wheelbase (2651mm) in its class, but looks a size smaller because of the tighter skin. The front-end styling is similar to a Tiguan and has the characteristic VW look to it. The rear three quarters look more compact than the proportions suggest and the rear end styling has a big gloss black light strip pasted across. There are lashings of chrome on the car which every manufacturer thinks that we Indians like. 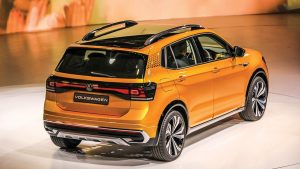 The dashboard design is very familiar to most VW products. What is also different is the material quality that isn’t remarkable, in places. Sure, it’s not bad for its segment, just that we are spoilt by the top quality of Skoda and VW cars over the years. The front seats are great with good support and fabric upholstery is great. The rear seats are good with decent legroom, offer the right support, and have a near-perfect backrest angle. But it is not wide enough to seat three adults abreast, so the near-flat floor makes no big difference here. The boot at 385 liters, is smaller than the competition.

There are two choices of engines for the Taigun, each with its own automatic and manual transmissions. The 1.0L 3cyl engine is the same as in the Polo and Vento but has 115bhp and 178Nm. It idles very smoothly for a 3 cylinder and it is only when you rev it harder do you feel the thrum. 0-100kmph comes up in 11.3 seconds and the automatic take two more seconds to hit the ton. The manual transmission is slick and the clutch is well-weighted, but it is best to go for the 6 speed automatic. It also masks the engine’s turbo lag below 1800rpm and makes it feel stronger than the 1.0L capacity suggests. This Aisin sourced unit has an unusually fast creep that takes some getting used to. But in town, it is easy to drive the Taigun leaving the gearbox to its duties. When you want to drive fast, it feels a bit out of its comfort zone though. 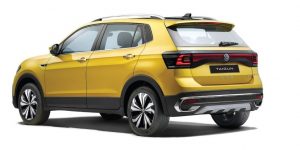 That’s where the 1.5 liters 4 cylinders Taigun fits in. The engine makes 150bhp and 250Nm and that makes it a willing performer. 0-100kmph comes up in 9.5 seconds and the DSG is a tenth of a second faster. The engine feels a bit strained near its redline but the midrange is strong and it pulls well. It also employs cylinder deactivation on two cylinders for more fuel saving. The 7 speed DQ200 dual-clutch gearbox is a bit jerky and confused at some speeds. It does its job fairly well and gives a strong surge in each gear, letting you use the paddles for some extra control. The six-speed manual is even more fun, rowing through the gears, stretching the engine a fair bit every time.

The Taigun rides well over most roads. The suspension feels taut and well-judged for the most part. There is a bit of firmness, but then it can take most potholes well and feels very composed on broken roads. Straight-line stability is excellent and gives you massive confidence at high speeds. The steering has the right amount of assist and gives a decent feel. You can hurl it through a set of corners faster than other cars in its class. Even with drum brakes at the rear, there is adequate stopping power. 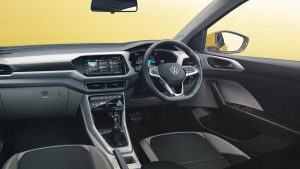 The Taigun has its breadth of abilities – decent space, European build, good driving dynamics, lots of safety kit – which buyers have been longing for in this segment. The features are a mixed bag and some variants are sparsely equipped. There is no diesel option which can be a deal-breaker for some. But if you want a good-to-drive, well-built, decently equipped midsize SUV that doesn’t skimp on safety features, the Taigun fits the bill perfectly.

Govt says India insulated from Greece fallout; Re may get hit

Energy partnership between India and Russia