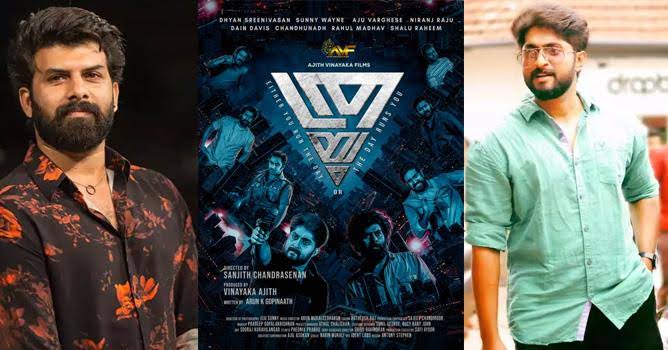 The first look poster of the movie ‘Threyam’ directed by Sanjith Chandrasenan and starring Sunny Wayne, Dhyan Srinivasan and Aju Varghese has been released.

Produced by Vinayaka Ajith under the banner of Ajith Vinayaka Films, the film is shot by Jiju Sunny. After Gods on Country, Arun K Gopinath will write the screenplay for the film.