In November 2014, the Indian Institute of Management (Ahmedabad) and the World Gold Council announced the setting up of the India Gold Policy Centre, a first-of-its-kind initiative to conduct cutting-edge research on all aspects of the country’s gold industry. The stated objective of the Centre is to develop insights into how the significant stock of gold that India owns can be used to advance growth, employment, social inclusion and the economic wealth of the nation.

I recall reading the news with some satisfaction. My association with gold and gold loans goes back nearly three decades when I took over my family pawn-broking business in 1986.  Over these years, I have seen many changes happen, but the one that I welcome the most is the fact that somewhere in the last five or six years, policy and opinion makers in India have begun to sit up and pay heed to our stock of gold and to the business of gold loans.

I first came across a proper study of gold and the gold loans only in 2009. This was well after I had spent more than two decades in gold loans with almost no knowledge or data about the macro-level status of the industry and its contributions to the economy. It was almost like, for India’s academic and policy making establishment, gold loans did not exist, or did not matter.

It changed in 2009 when the first authoritative study on gold and gold loans was brought out by ICRA Management Consultancy (IMaCS). A startling detail in the report titled “Gold Loans Market in India 2009” was its estimate that rural India held about 65 percent of our total gold. It was contrary to the intuitive assumption that gold, being expensive, would be a rich man’s plaything. It turned out that poor people have been buying gold for ages because they lacked access to banks and this was a convenient way to park their savings in.

After 2009, the rising share prices of Manappuram Finance Ltd.—those days, the only listed gold loans company—sparked interest among the analysts specialising in equity research. It peaked around April- May, 2011, when Muthoot Finance came to the capital markets with its own IPO. Many reports on the gold loan sector were brought out by the various brokerages but their focus was more on understanding where the share prices of these two companies were headed.

For the next serious and path breaking study, we had to wait till February 2013, when the Report of the Working Group chaired by Shri K.U.B. Rao “to study the issues related to gold imports and gold loans by NBFCs” was published. The study took place in the backdrop of a troubled economy beset with a large current account deficit that, in turn, was caused by a surge in imports of gold. The popular suspicion was that the gold loan sector in India, which had seen spectacular growth, was somehow contributing to the demand for gold and to our difficulties with foreign exchange. The final report of the committee was an exhaustive study of gold and gold loans in India. It was categorical in its conclusion that gold loans had little to do with the demand for gold and, therefore, was not to be blamed for our current account woes.

In 2013, the Centre for Micro Finance, affiliated to the Institute for Financial Management and Research, Chennai, carried out a study of the gold loan market as an alternative source of credit for low income household. A survey was carried out with 400 randomly selected gold loan clients in Karaikudi town of Sivaganga district of Tamil Nadu. This study observed that the primary factor leading to a choice of a given financial institution for a gold loan is proximity to home. People seem to prefer convenience over any other structural benefit of the loan product itself. Therefore, interest rate, loan to value ratio, customer service does not matter much as long as the financial service provider is located closely to the client’s place of stay. As for why gold loans form a major source of credit within the informal sector, the finding was that it was easily available with minimal procedural requirements. Compared to loans from MFIs or SHGs, gold loan products offer greater flexibility in terms of repayment schedule, interest rates, loan purpose, etc. making it more popular among the lower socio-economic classes.

In December 2014, the Federation of Indian Chamber of Commerce and Industry (FICCI), in association with World Gold Council, came out with a report titled “Why India Needs a Gold Policy.”  It followed an extensive primary survey of 5000 respondents across 33 Indian cities and rigorous analysis of secondary data. The report states that contrary to widespread belief, Indian consumers would be prepared to use interest-bearing gold-savings products, if conditions were conducive. More than 60 per cent of respondents said they would consider depositing gold with a financial institution in return for interest, and most said they would be happy to receive cash, branded coins or different gold from their initial deposit at maturity. The report also calls for the revitalization of Gold Deposit Schemes noting that even if a fraction of the estimated 22,000 tonnes of gold currently held by Indian households were deposited with banks, this would bring gold directly into the economy, benefiting the financial sector, benefiting the gold jewellery industry and reducing import levels.

Shortly thereafter, while presenting the Union Budget in February, 2015, Finance Minister Arun Jaitley announced that the government would introduce a slew of measures to encourage the recycling of domestic gold to reduce imports including a Gold Monetization Scheme, Sovereign Gold Bonds and issue of gold coins with Ashok Chakra symbol. While the details are still awaited, it may now be said that India’s policy makers have at last woken up to the important place that gold has in our economy. That bodes well for the country. 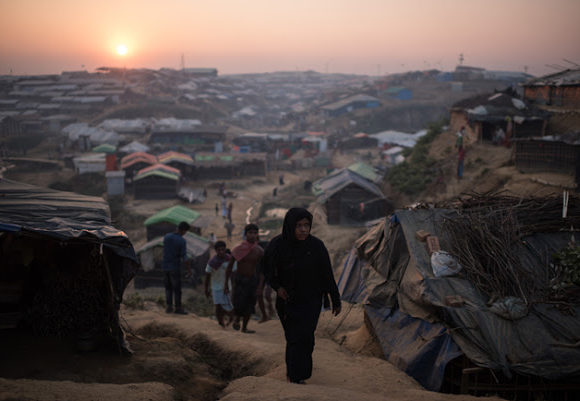