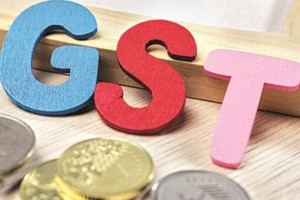 Goods and Services Tax (GST) is undoubtedly the most dramatic taxation reform in the indirect tax system in the country. Ever since its introduction in July 2017, various changes have been brought about to the law based on the decisions of thepowerful GST Council. In the recently concluded meeting on 21 July 2018, the Council has proposed certain welcome changes. Apart from the reduction in rates for various items (for instance, the GST rates on various consumer durable items such as washing machines, refrigerators and television have been reduced from 28 percent to 18 percent), the Council has recommended various structural changes which are, indeed, transformational. We have in this article captured some of the key changes/ amendments proposed by the Council in this regard.

Notably, the turnover limit for opting for the composition scheme has been increased from Rs. 1 crore to Rs. 1.5 crore. Under the present regime, the registered persons engaged in the supply of services (other than restaurant services) were not eligible for the composition scheme. Thus, the manufacturers or traders, who were engaged in the supply of services, were not eligible to opt for the scheme. The ineligibility could kick in even where the services supplied by such manufacturer or trader were allied in nature (for instance, post warranty related services).

In view of the aforementioned anomalous situation, the Council has recommended that the benefits under the composition scheme would continue to be allowed if the proportion of ‘Service’ is up to 10 per cent of the total turnover in the preceding financial year or INR 500,000, whatever is higher.

From a return filing standpoint, a key structural change has been approved by the Council.

One would recall that in earlier meeting held in May 2018, the Council had approved the basic principles of GST return design and directed the law committee to finalize the return formats and changes in the law. The said formats and business process were approved in the meeting.  A major change approved by the council is the option of filing quarterly return with monthly payment of tax in a simplified return format by the small tax payers.

All taxpayers, excluding small taxpayers and a few exceptions, shall now file one monthly return. The return is simple with two main tables. One for reporting outward supplies and one for availing input tax credit based on invoices uploaded by the supplier. Invoices can be uploaded continuously by the seller and can be continuously viewed and locked by the buyer for availing input tax credit. This process would ensure that very large part of the return is automatically filled based on the invoices uploaded by the buyer and the seller. In view of such change, it does become imperative for businesses to ensure that their vendors file the related returns of time. A failure to file the related returns or a filing of incorrect or inaccurate details could impact the procurers or purchasers ability to claim input tax credit. To assuage such eventualities, the new return filing design has provided the facility for amendment to invoices and also other details filed in the return. The amendment shall be carried out by filing an Amendment Return.

The Council has noted that nearly 93 per cent of the taxpayers have turnover of less than INR 5 crores. To benefit such taxpayers, the Council has approved quarterly filing of return for the small taxpayers having turnover below of less than Rs. 5 Cr as an optional facility. For such taxpayers, simplified returns have been designed called ‘Sahaj’ and ‘Sugam’. In these returns, details of information required to be filled is far lesser than that in the regular return.

Another feature of the new return filing system is the benefit offered to nil return filers (that is, those tax payers having no purchase and no sale). Such taxpayers have been given the facility of filing their returns via SMS.

In view of the aforesaid, considering the difficulty faced by the fabric sector on account of this condition, the GST Council has recommended for allowing refund to fabrics on account of inverted duty structure. The refund of accumulated ITC shall be allowed prospectively.

The GST Council in the said meeting has provided a major relief to hotel industry by providing that the rate of tax on accommodation services shall be based on transaction value instead of declared tariff. This proposal is, indeed, welcome as it is in accordance with the basic principles of taxing a transaction based on the transaction value.

The Council has recommended that input tax credit should be allowed for the taxes paid on following, which was hitherto ineligible as credit:

With respect to input tax credit, it has also been proposed that where the recipient fails to pay the due amount to the supplier within 180 days from the date of issue of invoice, the input tax credit availed by the recipient will be reversed. However, the liability to pay interest is being done away with.

Some of the other key welcome miscellaneous changes are:

With respect to input tax credit, it has also been proposed that where the recipient fails to pay the due amount to the supplier within 180 days from the date of issue of invoice, the input tax credit availed by the recipient will be reversed. However, the liability to pay interest is being done away with.

[1]Adv Sherry Samuel Oommen, is an Advocate and a qualified Chartered Accountant, Cost Accountant and Company Secretary specialising in tax and corporate laws.  He practices in the matters concerning tax, commercial, corporate and labor laws before various Tribunals/ Courts including the High Courts.  He is reachable at sherryoommen@nashcp.comor at +91 989 5757 436.

IMT Hyderabad is now a leading B School in South India