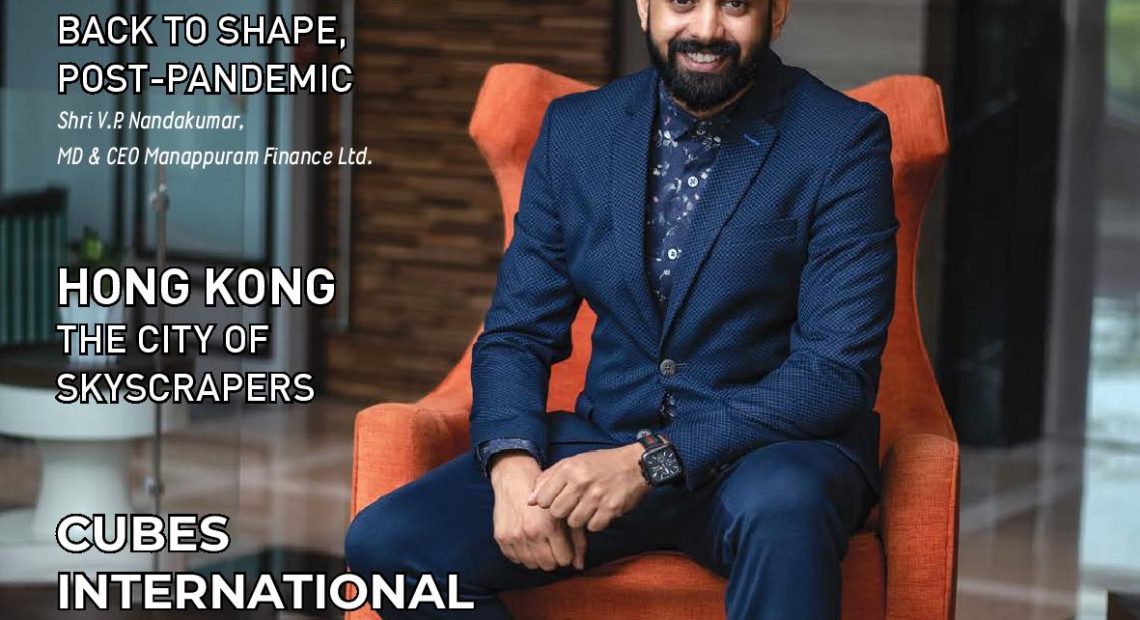 Where there’s a will, there’s a way. Only a determined entity can persist in the face of perils. Shareef Muhammed, chairman and managing director of Cubes International Group, is the living example of this proverb.

Hailing from a small town in Thrissur, Kerala, Shareef’s entrepreneurial journey commenced with an initial capital of dreams. He invested substantial hard work to build his empire and the result is the successful, strong illustrious  Cubes International Group. 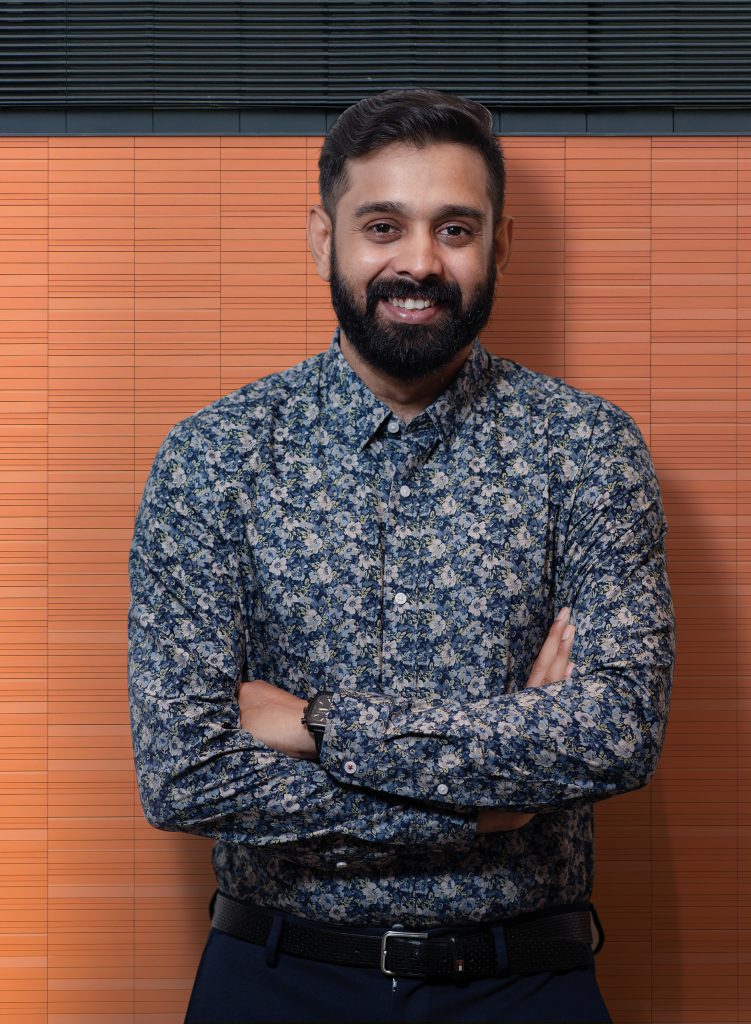 Born to a simple middle-class family, Shareef started to work as an employee in 2008. During his initial days of work, he saved his earnings intending to invest in his own business… It was in 2011 he kick started his business with his savings as capital investment. “Starting a business is not an easy task, it’s not for anyone. But the desire to achieve success in what I do has always driven me,” says Shareef with a smile of confidence. He invested his two years worth savings in the business. He received much disdain in his earlier days when conversing about his dream business. But that didn’t get the better of him. He had his eyes set on the result and stood focused until he achieved it. Faith in oneself and one’s enterprise is the foundation stone to business success. Nine years from then, building the eight verticals of Cubes International Group has helped Shareef prove his naysayers wrong, proving his worth as a business leader.

In the early days of business, Shareef was still an employee in a Qatar based construction firm. At a time when his company required manpower for completion of a particular project, Shareef took the initiative and provided 10 labourers for the job. “This was my first business. I struggled to manage things in the beginning but gradually I figured out,” he says. He invested his earnings as a capital investment for his dream business. Balancing work and business was quite difficult for Shareef, but never once did he give up on his dreams. His struggle went on till 2013. In the same year, he began working for a vehicle leasing firm. It was then that he realised where his true business strengths lie. Stating a quote he read somewhere, Shareef describes, if a window of opportunity appears, don’t pull down the shade, grab it. So did he. The vehicle leasing company he joined was providing commercial vehicles for construction purposes. Shareef saw an opportunity there as the firm needed drivers. He could successfully manage to provide three hundred drivers for the project. “Finally all my efforts and struggle were meaningful to me,” he says. The Turkey-based company invited Shareef to be a subcontractor with them and at that moment, his story shifted tracks from struggles to success. The jump from 300 to 1,300 employees was in no time. His determination and dedication towards his work eventually led him to set up his own business in Kerala. The groundwork for Cubes International Logistics started in 2017 and the firm started functioning in full-fledged in 2018.

An ardent person, Shareef says that his mother is his biggest inspiration. He lost his father at a very young age and the strength his mother displayed in raising him gave the grit in life. “My mother always wanted me to do my business in Kerala. She had a strong belief that our motherland will never betray us,” he says with a smile. Taking his mother’s advice and his love for Kerala to heart, he opened more firms here. The years that followed made Shareef realise the business potential in Kerala. Shareef credits his success to his team members. “ I am blessed to find such a spectacular team in each firm who are more than a family to me and with each other,” says Shareef. The team’s determination and sincerity keeps the business strong and successful, he added. 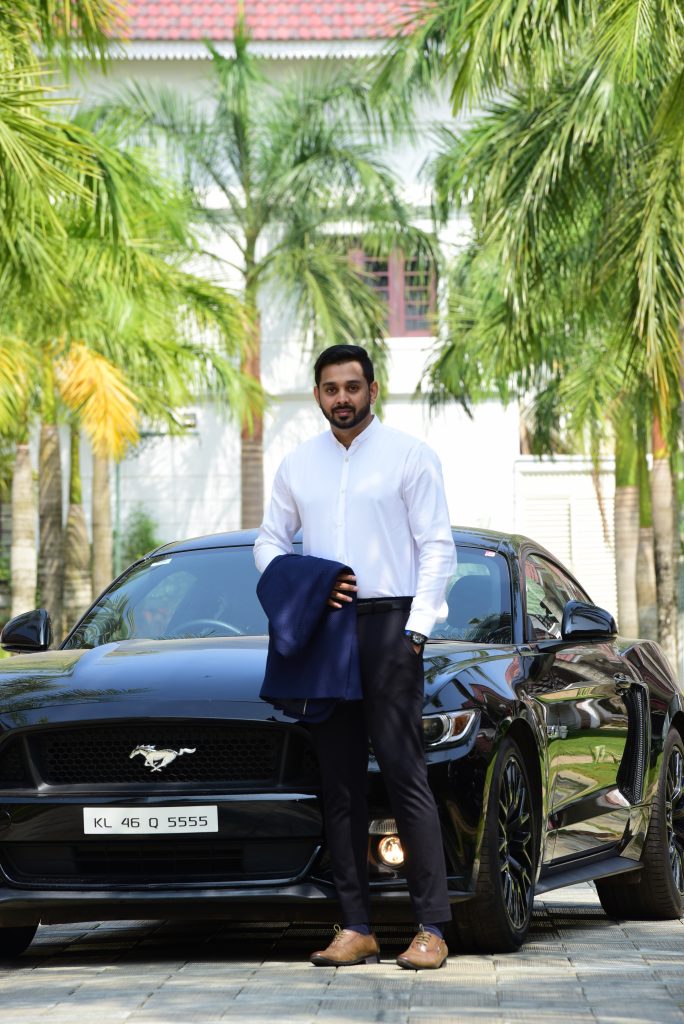 Managing a business in various verticals has helped Shareef to understand business in-depth and gave him the freedom to experiment with new ideas. During the tough times of Covid-19, one business that was not much affected was the Logistics. “My business grew two times more at this time as we were shipping cargo through ocean ways which was much cheaper when compared to the airways,” says Shareef. As the export via airways came to a standstill due to the spread of Covid-19, Shareef and his team members recommended their clients to export perishable goods via ship. “However, it was worth a try and most of our clients agreed to export via ship and it became successful since many products beat damage,” he says.

Although when one business was in the dynamic phase, on the other hand, the construction business faced a downfall.  Cubes International Group’s construction wing focuses on building premium resorts, hotels and apartments. It is based on a concept-design-build format that integrates architecture design as well as construction. “The construction work was put on hold by the government due to the pandemic. And when the relaxations were imposed on construction works, the price of the materials was at the peak which led to the decrease in our profit margin,” he says. However, there was only one mission for Shareef and his team members, which was to finish the work and hand it over to the clients before the deadline. “The scenario for the architectural and designing firm was similar. But during this time we received genuine enquiries for construction, which was a ray of hope, he says with a smile.

Based on the enquiries Shareef received, he sees potential in residential apartments in the coming years. Therefore, he along with his team members are planning to expand and explore more into the construction sector to deliver fine outcomes to their customers.

Cubes International Group is also into trading coconut, coir and allied coconut products under the brand Cubevo International Trading. Due to the shortage of staff during the lockdown, Shareef’s Cubevo took a bad hit. “The trading of coconut was not possible as most of the raw materials were bought from  Pollachi and there were no staff to take the consignment, says Shareef. South India being the top spot for coconut cultivation, Shareef believes “It is just a matter of time and once things are fine, my business will reap in more profit. 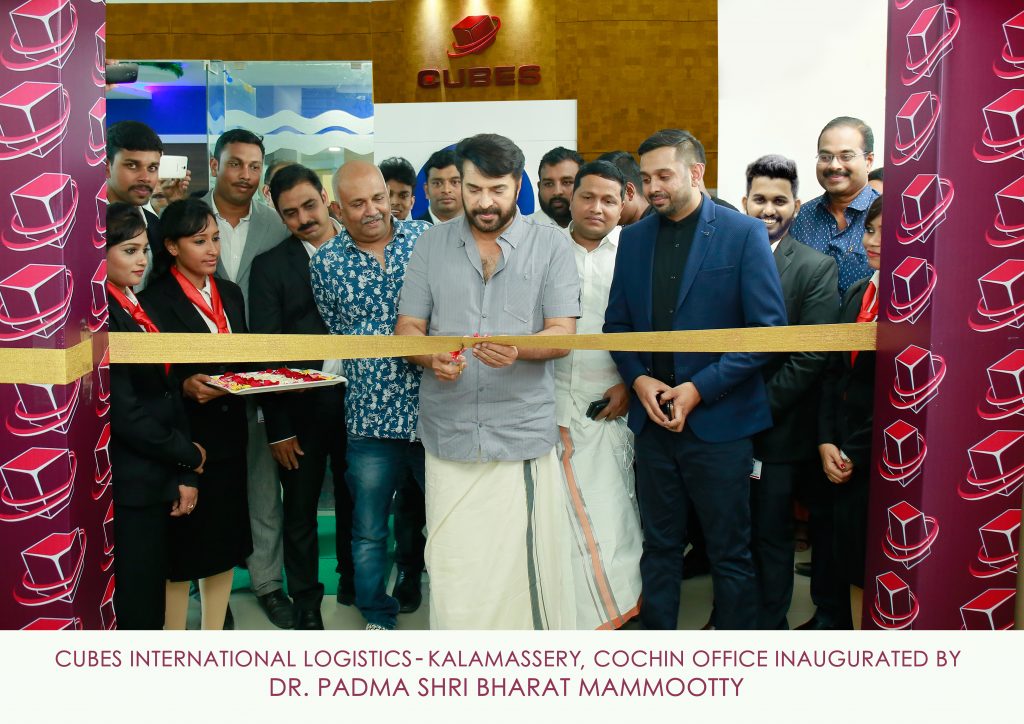 As Steve Jobs once quoted, Great things in business are never done by one person. They’re done by a team of people. Shareef credits all his success to his team. “Without the support of my team members nothing was possible for me, he says. The strength, trust and honesty his team members possess gave Shareef the courage to ideate into new business. “I tend to create a team in all the companies I venture into. I let them do all the work and lend them my support and advice in times of requirement” he says. Shareef knows how to not let stress related to finance or business affect him. Being raised by a single mother, he has seen the struggle his mother faced and how she dealt with it. “ At a very young age, I lost my father. It was my mother who took care of me without letting me know of any difficulties. She was a strong woman indeed,” he says smiling. From childhood, I have seen her overcoming hard times with a smile on her face. I inherit those qualities from her, shares Shareef. His team members are no less than a family for him. Whenever a problem arises, they will all sit together and discuss, as it happens in the home. “I have been practising this with all my team members and it has helped me in improving in every stage,” says Shareef. This has also helped him to gain his team members’ trust which in turn gives him the strength to take risks. He believes taking a risk is an essential part of any business. Without taking risks there is hardly any scope for progress. “Despite all the risk the one which I can never take or I am unwilling to take is to have a debt for any of my organisations,” he says. 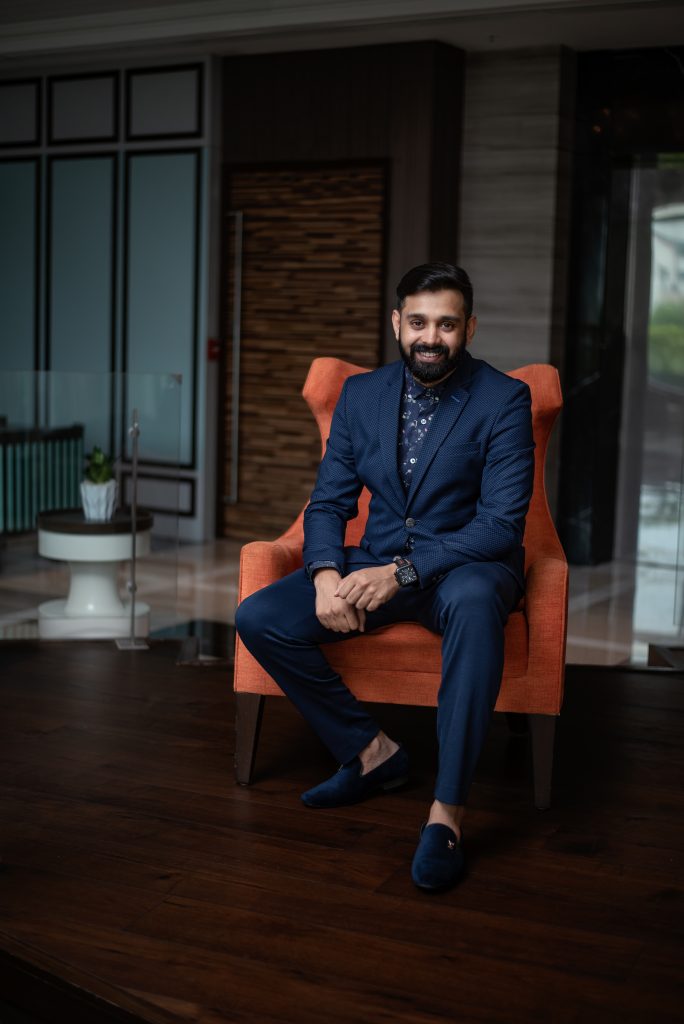 Speaking about the future endeavours of Cubes International Group, Shareef says that the next focus is U.S expansion. Along with that, he also looks forward to exploring more possibilities in the construction and logistics sector as he feels that it has a wide scope in the coming years. After setting up the base in the Fast-Moving Consumers Goods (FMCG), Cascade Foodstuff Trading in UAE and registered Cubes International in the USA, Shareef hopes to explore the business potential in the respective cities. As of now, the Cubes family has operations in UAE, Qatar, India and the U.S. Taking challenges with a smile and keeping patience has always paid off Shareef in his entrepreneurial journey.

A piece of advice to the aspiring entrepreneurs

A self-proclaimed and honest entrepreneur, Shareef admits that he is still a learner. Every day is a new chapter to him. He advises aspiring entrepreneurs to listen to their heart and be determined to put in their best efforts. “Hard Work always pays off…we just need the patience and strength to wait,” he says with a smile. And also choosing a good team and building trust is equally important, adds Shareef. 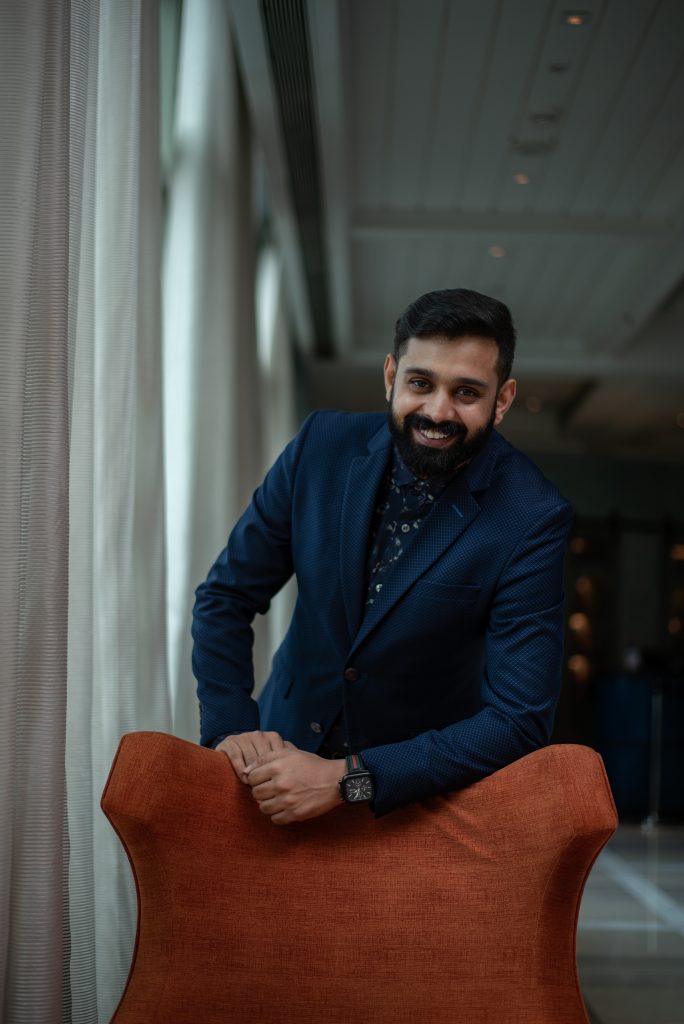 The man behind Somatheeram Ayurveda Group; the first and finest Ayurveda Tourism Resorts

Kochouseph Chittilappilly – The Man With The Midas Touch