Parakkat: The Brand that Defines the Art of Management 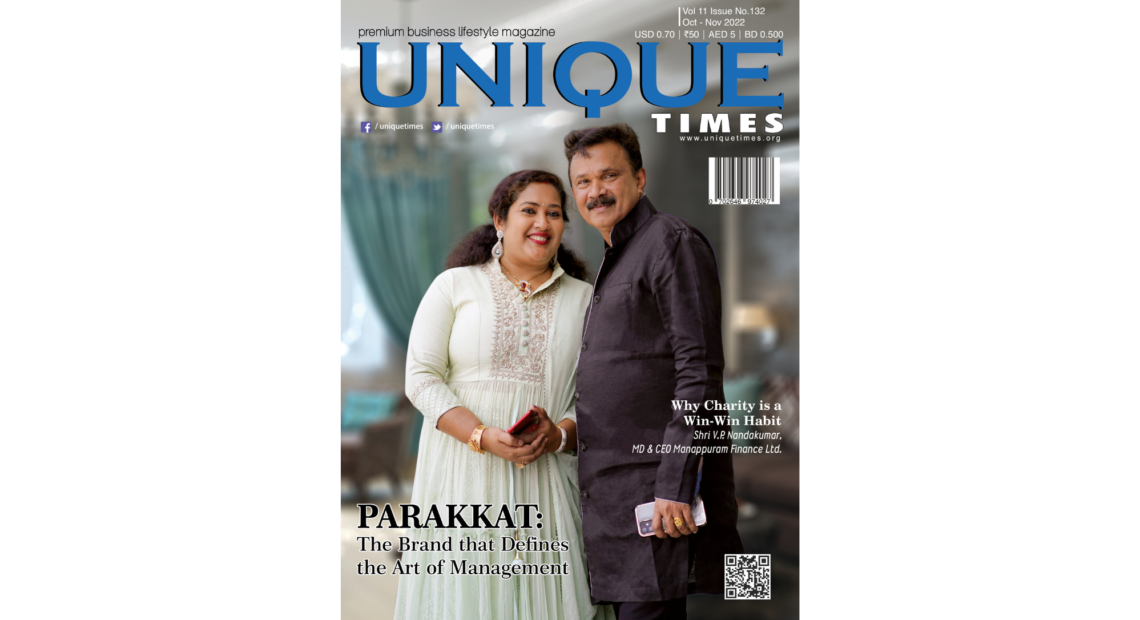 “Success usually comes to those who are too busy to be looking for it.”  – Henry David Thoreau

Many people in today’s world aspire to run their own businesses. Sometimes a person’s dream never becomes a reality because they lack the resources or money to make it happen. However, everyone has equal opportunities in life. Anyone who is able to seize one eventually succeeds. Entrepreneurship is about sticking up for what you believe in and staying firm on it until you reach your goal. Entrepreneurs create firms for both financial and professional motives. To fulfil our lofty aspirations, we must set high goals.

Numerous companies have emerged in the past few years and only a select few of these brands and companies, however, have demonstrated how a clear vision and goal of a brand can propel it to the top of its sector. One such outstanding jewellery company is Parakkat Jewels, which specialises in 24-carat Gold layered ornaments and has a world record for doing so. Prakash Parakkat founded it, and his wife Preethi Parakkat oversees business operations. His sons – Abhishek Parakkat, a successful entrepreneur and who is also a popular Instagram influencer having many followers, is in charge of marketing and brand management, whereas Abhijit Parakkat, the eldest son, manages Parakkat Nature Resort after earning his international MBA from London along with Binu Parakkat who is the nephew of Prakash who handles the production quality and purchase of jewels and materials.

The Saga of Dedication

The chairman of Parakkat Group of Companies, Prakash Parakkat, had a clear vision and an action plan when he envisioned starting a jewellery firm. He appeared to take each action with perfect firmness and careful planning. After being first introduced to this concept by his intuition while visiting an exhibition, Mr Prakash quickly realised that his future lies in the “one gram gold layered ornament” industry. It was both a bold move and a difficult choice. Following thorough investigation and analysis, Mr Prakash moved his pawn with consideration. On 1990, he entered the “pure gold” industry by opening two showrooms in Sreemoolanagaram and Kalady. It was just the start.

It was an exhibition called “Swarnalokham” that Prakash and his wife Preethi Parakkat once saw that first inspired them to create “one-gram layered gold” jewellery. Under the direction of Prakash Parakkat, a businessman who has provided people with nothing but the best with his brand Parakkat Jewels, the company has an exclusive online store that highlights the honesty, integrity, and authenticity of the brand. People have been astounded by the brand’s 24-carat gold layered ornaments, which have increased their curiosity and want to learn more about the unique jewellery brand as well as their sense of obligation to make a purchase. One gram gold jewellery from Parakkat Jewels’ valuable history is what has helped the company grow so quickly and become so successful in theSreemoolanagaram and Kalady. It was just the start. 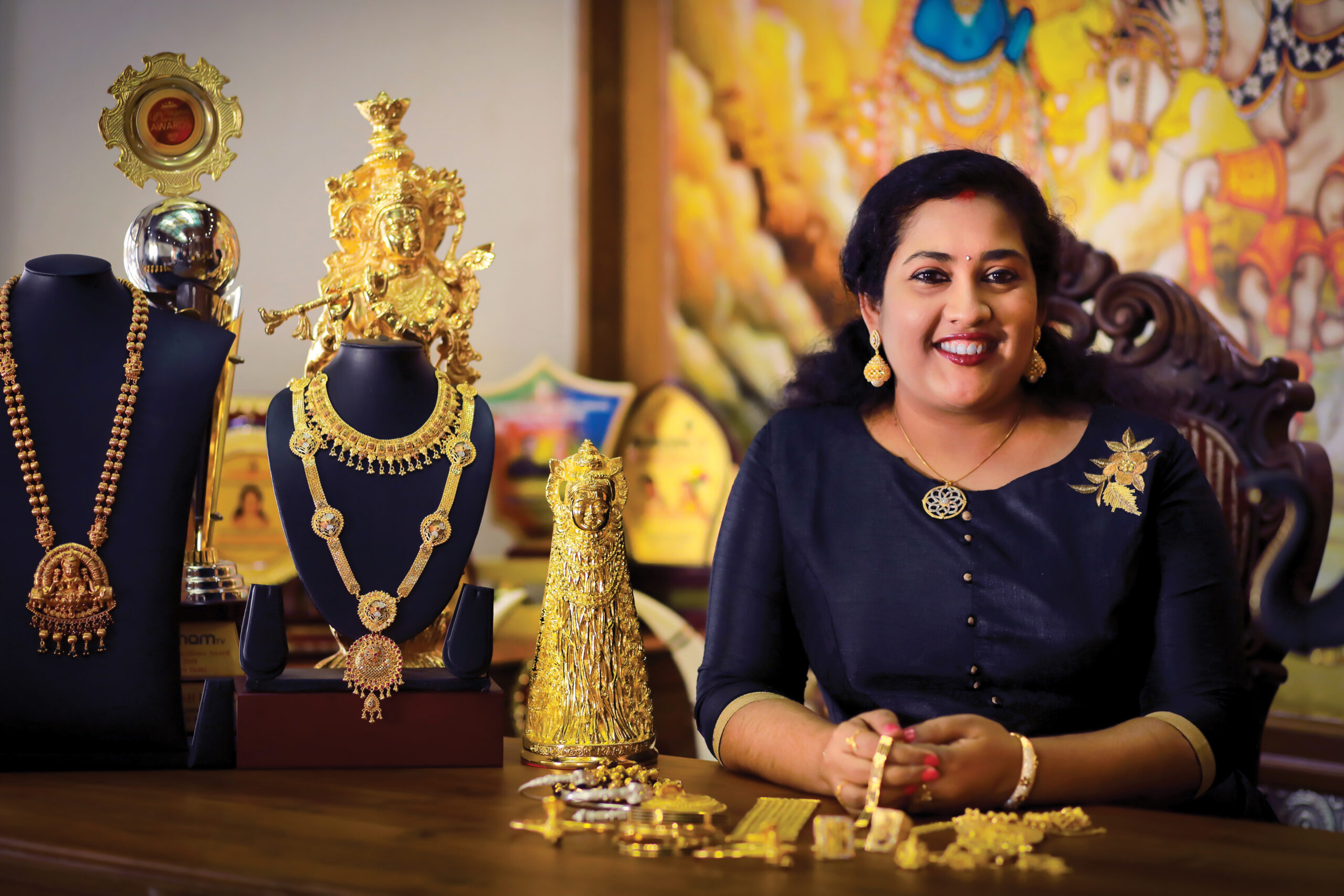 It was an exhibition called “Swarnalokham” that Prakash and his wife Preethi Parakkat once saw that first inspired them to create “one-gram layered gold” jewellery. Under the direction of Prakash Parakkat, a businessman who has provided people with nothing but the best with his brand Parakkat Jewels, the company has an exclusive online store that highlights the honesty, integrity, and authenticity of the brand. People have been astounded by the brand’s 24-carat gold layered ornaments, which have increased their curiosity and want to learn more about the unique jewellery brand as well as their sense of obligation to make a purchase. One gram gold jewellery from Parakkat Jewels’ valuable history is what has helped the company grow so quickly and become so successful in the market. In doing so, it is a trailblazing brand that has attracted millions of consumers. Even in the face of fierce competition, consumers still choose this brand because of its excellent customer service and amazing jewellery.

Parakkat Jewels is dedicated to providing all of its customers with excellent service and products of the highest calibre. It works to educate people about the value of purchasing pure gold as a savings asset while also conserving the Kerala traditional ornament design. The company opened its first showroom for one gram layered ornaments at MG Road, in the Ernakulam district. Public started trusting the brand and the reason was that Mr Prakash just wanted to provide high-quality goods at fair prices while others were focused on making a profit. He used the safe metals copper and silver in his creations rather than the dangerous metals nickel and chromium, which are used to produce this type of jewellery.

It was sufficient for the business to enter a growth phase. Prakash gradually transitioned to the hospitality and tourism sector while transferring control of Parakkat Jewels to his wife Preethi Parakkat, who had been running the business for the previous 20 years. Today, it has lakhs of devoted customers, an online website, over 100 showrooms, and a wide distribution network. Its showrooms may be found in Malaysia, Kuala Lumpur, and Indian cities including Bangalore, Nagercoil, Thirunelveli, Erode, and Madurai, as well as Kerala’s northern to southern regions. Now their aim is to spread the brand widely to Tamil Nadu and the Malabar region of Kerala.

The main benefit of the “one gram gold layered” ornaments sold by Parakkat jewellers is that, unlike other comparable items, the buyer can use these ornaments for the duration of their lives without the shine and quality deteriorating. The unique features of Parakkat Jewels are their lifetime warranty, exchange offers for old jewellery, and money-back guarantee. Another aspect is that they create bespoke jewels based on consumer preferences. They have their own manufacturing facility, and as Preethi Parakkat is a designer, she personally customises the jewellery to the style the customer chooses. Other distinctions include handcrafted jewellery and traditional goldsmithing. For their clients, they also carve idols, mementos, pageant crowns, gold-layered watches, vessels, and many other items. Preethi Parakkat is in charge of the Parakkat crew, which consists largely of female employees.

Prakash Parakkat effectively diversified his business in the future. He has investments in the hospitality and tourism industries in addition to real estate. Located in Munnar, The Parakkat Nature Hotel & Resort is a stunning boutique resort with top-notch amenities. The resort’s interior designs and engineering works were all handled by Prakash Parakkat alone. The Parakkat group’s magnificence is amply displayed in every small detail of this resort. There are club suite rooms, premium rooms, superior rooms, classic rooms, pool villas and cave houses available. It is a resort of 10 acres with modern amenities including an amusement park, cottages, huts and a ropeway in harmony with nature without compromising the natural beauty. Additionally, the resort offers a hiking trail, a nature walk, a jeep safari, a fish pond, pool, fire dance, 100’s of locations for photoshoots and visits to tea gardens, spice plantations, and caves. The scenery this location offers cannot be adequately expressed in words. Additionally, there is an open restaurant where a variety of cuisines are offered. In actuality, the resort is situated right in the middle of a tea plantation. This location offers a beautiful view of the plantations and the natural world that is worth noting and appreciating. 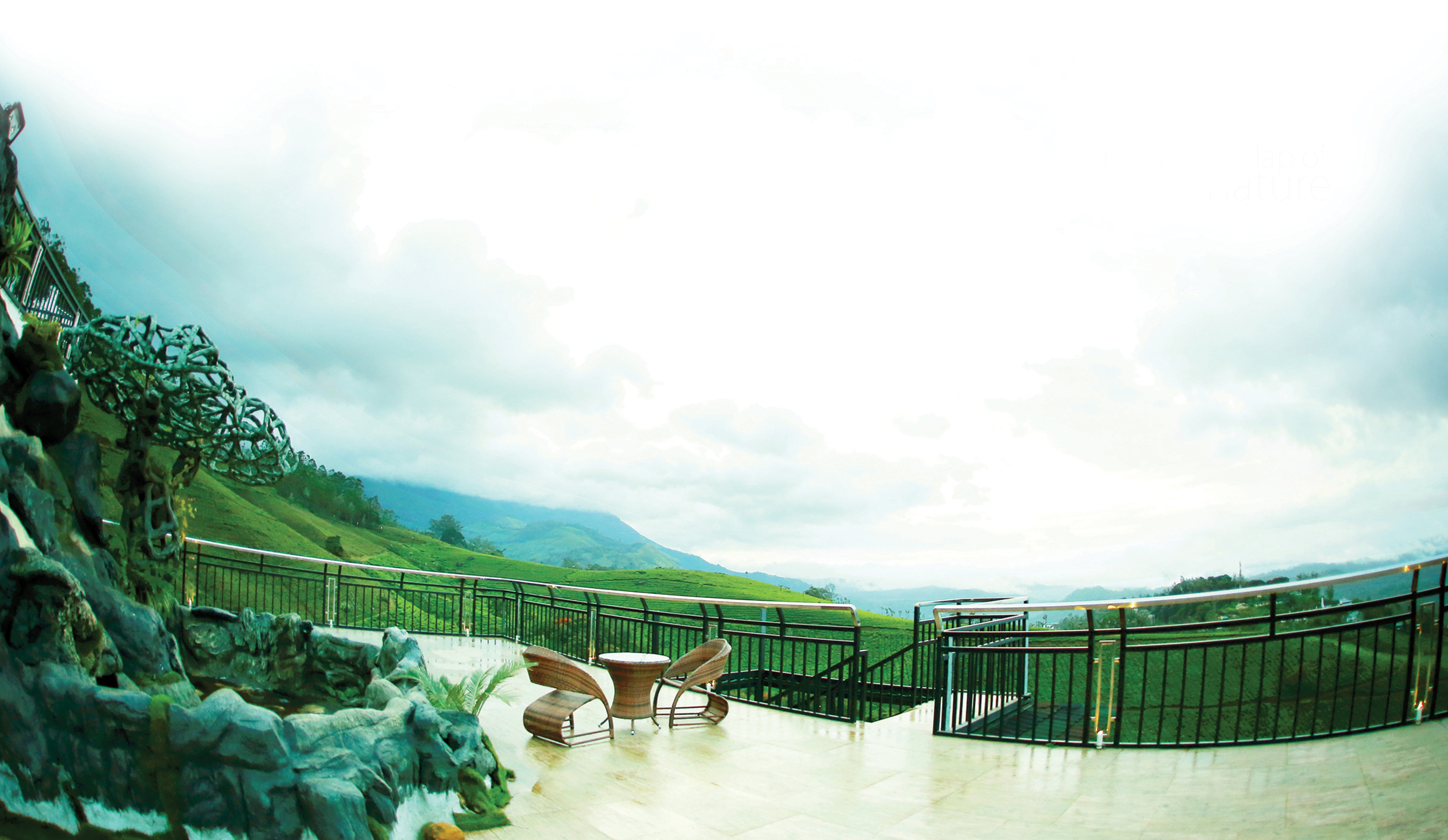 The Parakkat Wedding Company initiative has also started. It basically provides facilities for pre and post wedding photoshoots as well as an upscale bridal boutique. The four-storey building provides a quick solution for bridal jewellery collections, ranging from bridal jewelleries to rental bridal jewellery in one gram—the first of its type in Kerala—to rental studio floor, which is visible on the various floors. It began operations at Ernakulam’s Woodland Junction and has all the necessary amenities, including a makeover studio, a modelling area, and a photo shoot area.

They also have their own YouTube channel under the name ‘Parakkat Jewels’ which is managed by Preethi Parakkat through which they introduce new varieties of jewels for their viewers. They currently have plans to franchise their brand and open new shops throughout South India.

The Parakkat Nature Hotel & Resort are now situated in a valley side, but Prakash Parakkat plans to manage the opening of a mountainside resort with an Ayurvedic five-star facility under the same brand name at Adimali in Idukki District, Kerala. Whereas, Preethi Parakkat, who oversees the jewellery industry, is prepared to expand their brand throughout South India.

Like any business, owning a company with your spouse has its ups and downs. Long-term success is the result of your partnership’s total dedication, both at work and outside of it. Both have a significant stake in the company, so you enjoy the successes together. And the same thing occurred in his life. Preethi Parakkat, his wife, also began offering a helping hand in their business after the birth of their kids. A woman who has succeeded in turning Parakkat Jewelry into a world-class brand with her businessman husband.

In the era of popular technology, there are many possibilities to learn new designs and modify them to create innovative designs. Our success lies in discovering and implementing them, says Preethi Parakkat.

Parakkat Jewellery made a statue of Guruvayur Maraprabhu, finished in bronze and covered with gold, for actor Mohanlal to present to Prime Minister Narendra Modi. Parakkat is characterized by exquisite statues made of marble, bronze and wood and covered with gold. Similarly, at the request of Sabarimala’s ex-priest, the jewels and jewellery boxes were made by them to be placed on the idol of the Ayyappa temple built in London.

The entrepreneur of a company has a significant impact on its success. A person who undertakes the financial risk of founding and running a new company venture is an entrepreneur. This ordinary man’s incredible story merits admiration. Prakash is neither a herculean nor a wealthy person by birth. He is able to control the hostile flood of problems because of his perseverance and hard work. Together, with his family he has generated remarkable achievement for their family brand and incredible levels of accomplishment for Parakkat Jewels throughout the years, earning the company now lakhs of devoted and contented consumers. 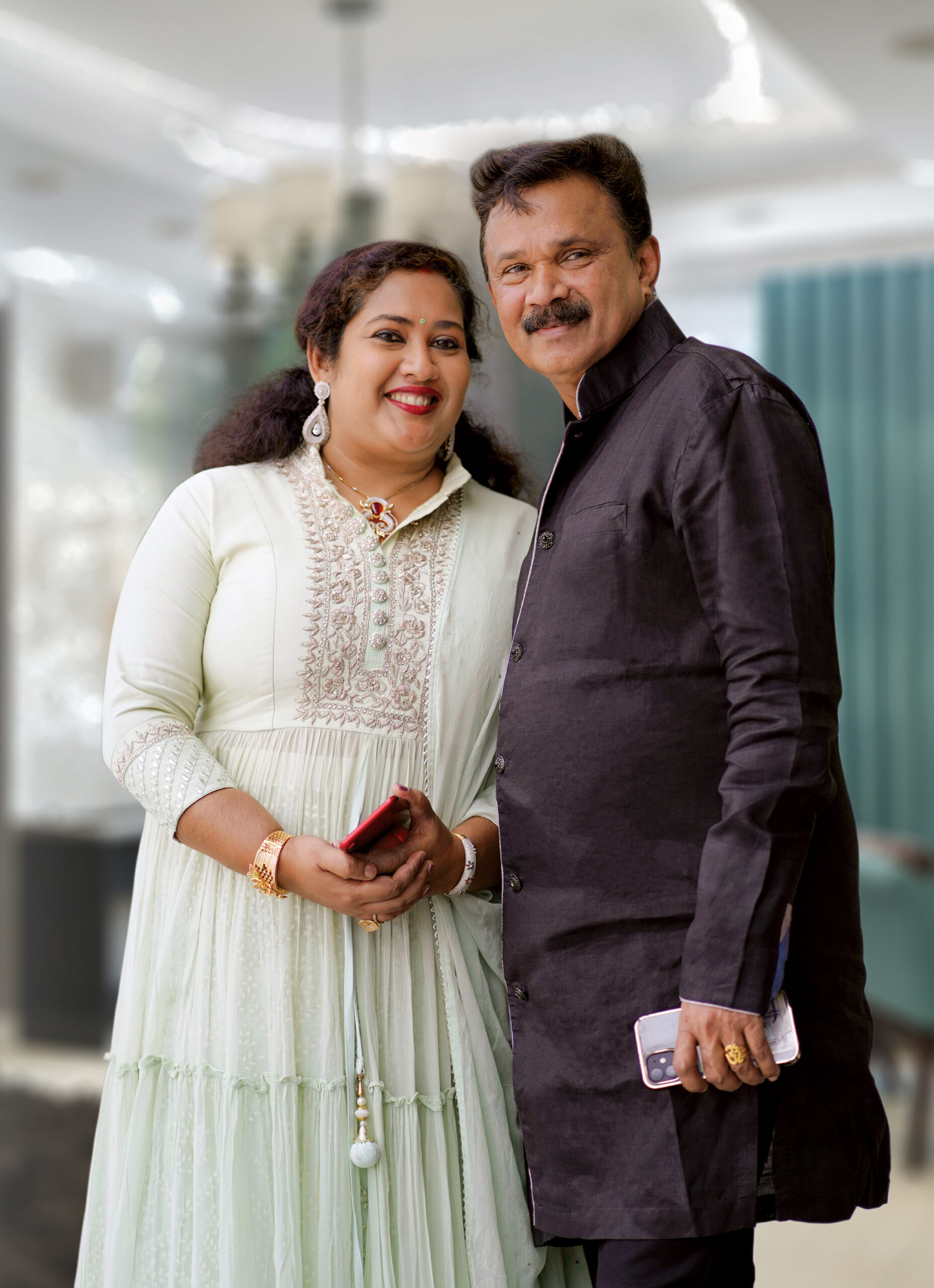 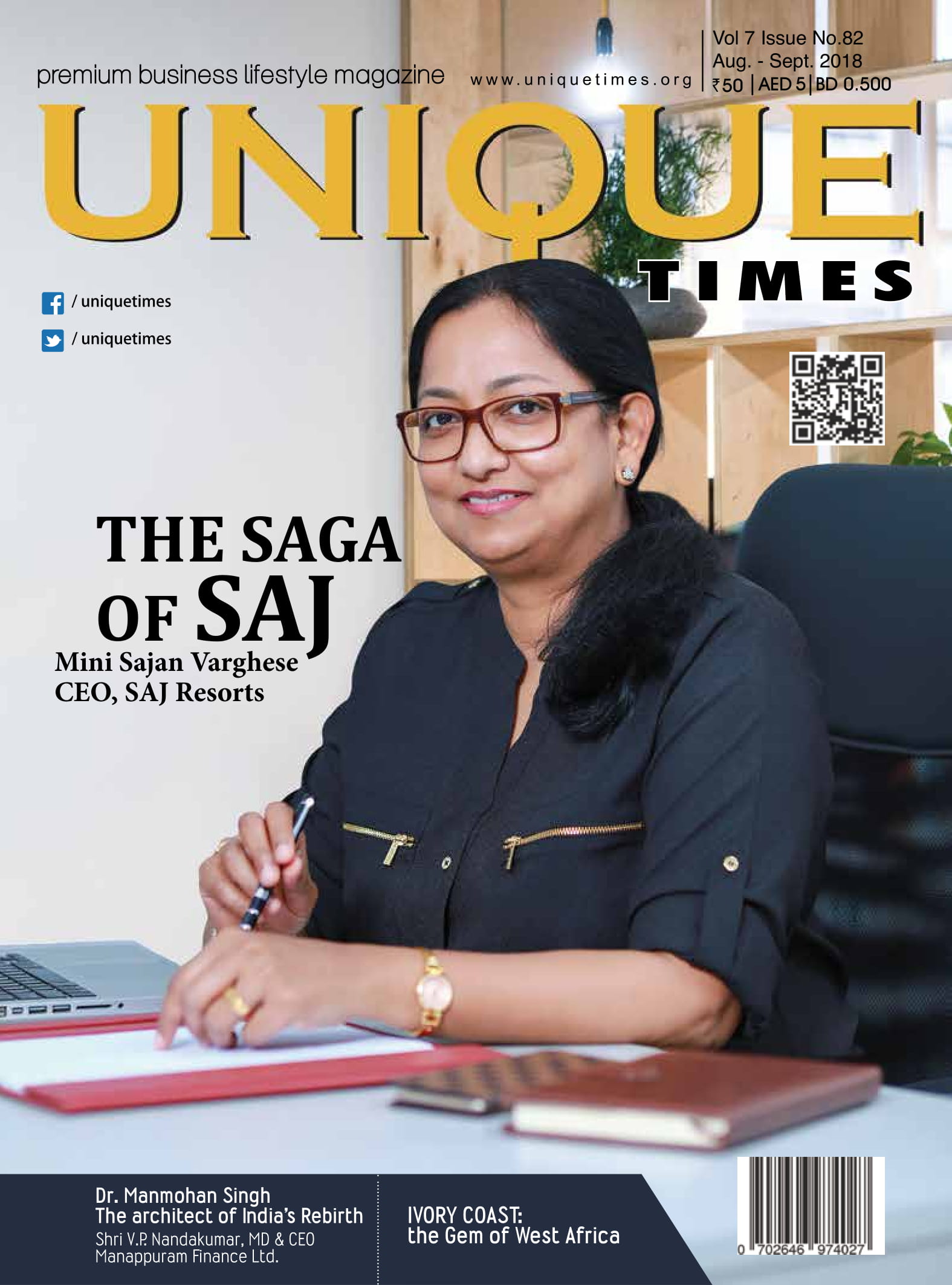 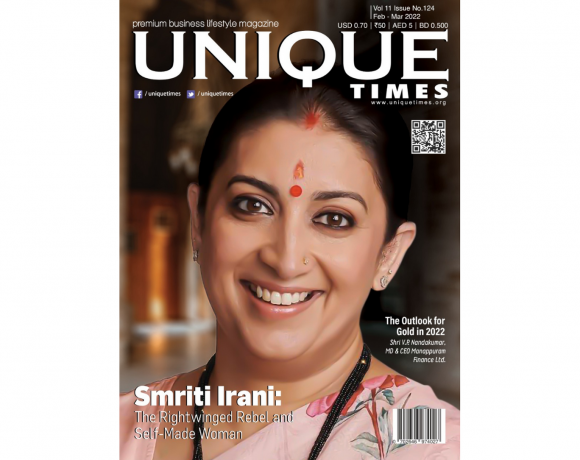