The Youth Congress leader speaks about the appeal 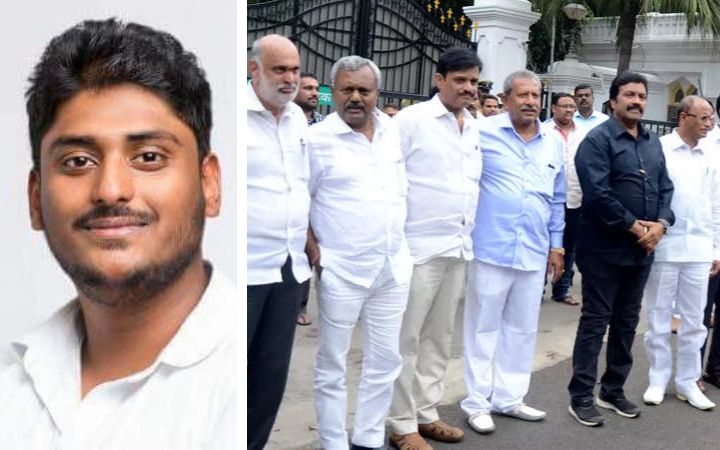 “Bought or persuaded to resign by payment of enormous sums of money” a quote that stirred an already tense political situation, unapologetic and demanding clarity. Such was the determination of this young Congress leader Anil Chacko Joseph.

Anil, who is a resident of Bangalore began his political footprint just like every youngster around him; by idealizing Congress leaders and dreaming of becoming one someday. He has always been an active participant in all local festivities and its preparation. Forming committees to identify grass-root level workers and address the issues that they face was Anil’s forte. He also actively carried out social audits in his region and later, the entire state of Karnataka.

Anil was soon recognised for his energetic participation in social events and he was favorably elected secretary of State Karnataka Pradesh Youth Congress Committee. His passion to serve the people around him kept him political driven. Anil was also elected the General Secretary of Indian Youth Congress, K R Puram Assembly, Bangalore north.

The party that Anil swore by was losing hope when he urged the court to examine why the 10 MLA’s have submitted their resignations as an aftermath of the recent elections. “Supreme Court of India passed an order in favor of the speaker of Karnataka, reserving all rights to the speaker to make any necessary decisions on the matter of the 10 rebel MLAs, where myself and 600 or so party workers filed an intervention petition. It was a desperate attempt to save our party from losing power in Karnataka.” Anil says.

Congress at that point was fighting a lost battle. “Our party was going through a difficult time, we were losing everywhere. We had formed a coalition government with the JDS party, 80 seats from Congress with 37 seats of the JDS.” Anil says. Members of the Congress party had put sincere hard work and made sacrifices to bring this government to power. They had high hopes that this order would help stop the rebel MLAs from destroying the government for their personal reasons.

When asked about what he thinks about the rise of BJP, Anil sentimentally stated, “The state of our country is also getting worse, Many, who have witnessed the rise and take over the BJP all over India, have been surprised and often bewildered at how hatred, lies and nationalism have become the dominant theme in the country.” Anil strongly questions why that despite lies, devastating demonetization, falling incomes and ongoing corruption at the street level, the people have voted for the government back into power. “Modi, it appears, cannot do anything wrong. His autocratic style, his stoking of fear, divisive politics, and talk of war seems to have endeared him to India.”

“It felt like our country was at war, but with whom? And for what? Why did we have to suffer? Our people were filled with hatred and were angry, they were made to be angry about corruption, about inequality, about our neighboring countries, about cleanliness. This state of war was propagated, hope was given ensuring that the victory would make a better nation, better economy, better quality of life, but war itself is costing our nation, hatred itself destroying our diversity and acceptance that India is known for.” Anil despises how such a progressing nation was being dragged down by extremist leaders propagating hatred. “If there is nothing to hate, then reasons are created to ensure conflict, which in turn resulted in the electoral victory of extremist leaders propagating war, for their own selfish reasons and to gain power.”

Anil recollects how one particular incident awoke the need for action in him. “One evening my colleague and I were in the flight back to Bangalore, where I happened to sit next to Dr. Amit Gupta, Senior Lecturer, University Of Oxford, Neonatal Consultant at the John Radcliffe Hospital, and also the associate postgraduate dean at oxford.”

“He travels and teaches extensively in South Asia – India and Sri Lanka (mainly). Dr. Gupta was traveling to Bangalore to attend a medical conference, we introduced ourselves, and slowly our conversation shifted its focus on politics and India’s current situation. He gave me a deep insight on the political situation of India, His explanations and understandings changed my perspective completely, he reminded me of how our nation was built, and what was our beliefs and doctrines, that brought freedom to our nation. He shared stories of the father of our nation, and his beliefs. The very beliefs that were the foundation of our country.”

Anil states that he could instantly connect to Dr. Gupta’s words, because he understood the state of war and feeling of hatred instilled in the people. He recalls Dr. Gupta saying ‘Everyday our TV screens are full of images of people in anger – lynching, violence and expression of political dissent in hard, unfriendly language is now the new norm. Understand why BJP is in power and you will realize that Modi is a representation of the natural need of the people for ‘male’ energy. He is the angry father – unforgiving, finger pointing and punishing. He just happened to be available at a time when the maternal forces in India were falling weak. The mother was unable to control her children and there was a perception of loss of control, chaos, nepotism and unchecked corruption. He came in as an authoritarian force with a promise to bring order. He simply met the needs of the people at the time of 2014 and in 2019. He has unleashed anger and division. He constantly talks of unity but, in action, he divides and is ruthless about chasing down his opponents. He will not tolerate dissent within his party or outside.’

‘But realize that the father figure is insecure and needs the constant supply of yes people who eulogize him, put him on a pedestal and project him as their savior. His need for approval and praise is his weakness. Father figures and strong men have always risen from societies where people start feeling that there is no control, where they see corruption and where the governments have slipped into inertia and arrogance.’

‘The halo around Modi is breaking. The economy is not doing well. Those who are waiting for their monies from GST are still waiting. The government borrowing is increasing. Tax revenues are being projected. The liquidity in the market is poor. It will hit the pockets of all. The government will only partly succeed in bluffing people. From Swacch Bharat tax, I can imagine that “har ghar mein nal’ will now take on. It will continue to befuddle people. However, given the popularity of Modi – the poor economic situation may still be tolerated for a while. Not for long though.’

Anil wearily states “Hatred is tiring, The venting of anger has gone on too long. The ordinary person is tired of hating and wants to get out of this exhaustive cycle. But how? Where is the new direction? Where are the balancing maternal forces?”

With economically harder times coming and people getting fed up of being angry, this is the right time for maternal forces in the country to re-establish the fact that, kindness and compassion, does not constantly point fingers, conciliatory, consensus building, forgiveness and above all – connecting through progress and development, not anger. Anil feels that the country is yearning for this like a child who is beginning to speak – the country is unable to express its needs clearly.

When asked if he felt Congress was wrong in certain aspects, Anil says “Yes Partly. The party spoke of progress and development, though it was sincere in its feeling and heart- the leadership was not the right vehicle at the time. The Congress party spoke but could not embody it fully. So the leadership became a target for the hard right wing BJP machine. The party then wanted to project that it could be strong and took on the Rafaele deal issue – but you cannot win if you have male strength taking on the macho Modi. Rahul Gandhi was spot on – Modi is a coward. However, to tackle Modi – you need the opposite force. You need the maternal force for which Modi has no answer to. Ridiculing a woman, ridiculing the feminine energy will backfire for the BJP.”

And path for resolution is clear. “Progress and development is what we seek – it is as natural as life itself. We have seen enough of the angry, punishing father – now we want the smiling, friendly mother. We have seen the father seeking to divide the country on religion, we now need to see the mother tell us all that she does not care about how different their children look or speak; she accepts them as they are. It is the need of the hour. It is also the right time in the cycle of politics.”

“The walking- wounded are increasing in number. We need a nurturing force to counter the harsh narrative of the right wing.” he adds.

In conversation as to who he thought should be next in lead, Anil strongly supports the leadership qualities he sees in Priyanka Gandhi and feels that she has to step in and do what she does naturally. Being herself. “She is constantly among the people and talks to them, speaks of their problems, listens to their challenges, talks to the mothers, daughters, young and old. Talks to them about their lives, their struggles, their joys and their hopes.”

He stresses that it is high time Priyanka Gandhi entered mainstream politics. “The country needs her desperately. She will intuitively connect to the people and provide the bedrock of nurturing progress. The existing forces are weakening in their appeal and are tiring the people. The time for progressive forces to re-establish balance is coming. It is important to recognize that the time now is for the order to re-balance.”

“Priyanka Gandhi is naturally the right vehicle to enter the mainstream full time and full on.” 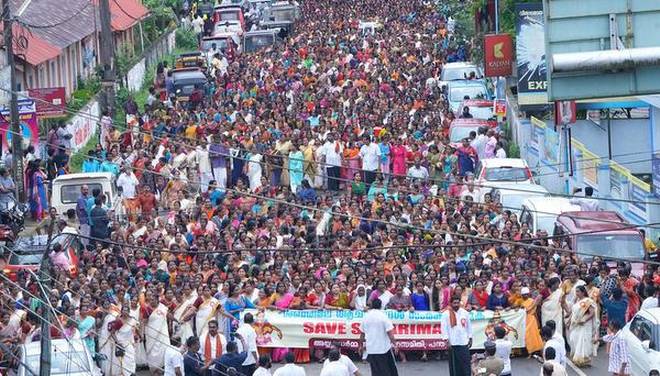 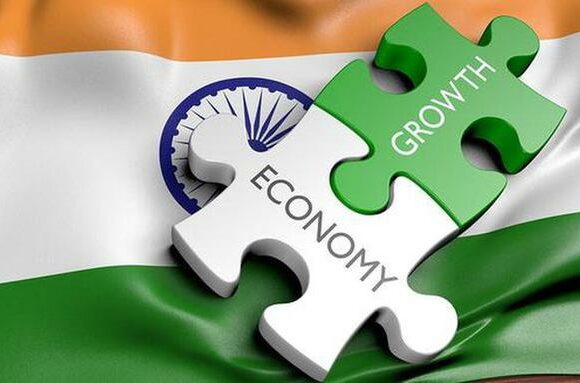 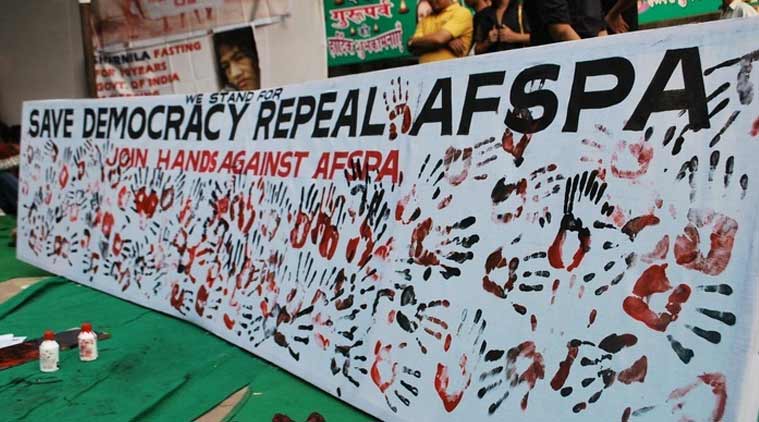