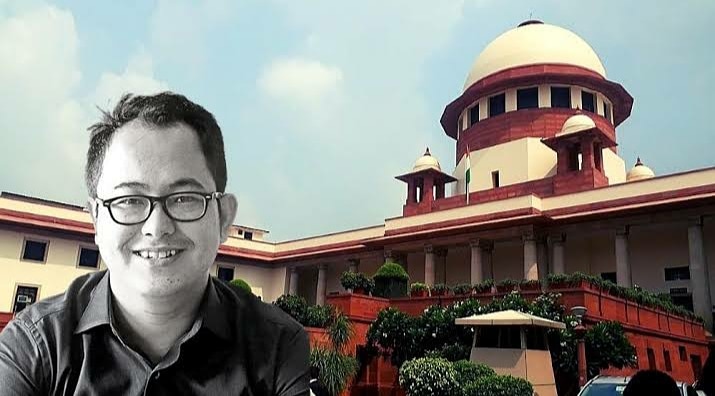 He was arrested for criticizing BJP leaders for using cow urine and dung against Covid 19 in a Facebook post. The court directed the Manipur jail authorities to ensure the release of the activist as soon as possible and that he should not be detained even for one night. Solicitor General Thushar Mehta told the court that the petition would not be filed and a response would be filed. Erando’s father filed the petition in court.

Lichombam Erendo and journalist Kishore Chandra Wangkheim have been arrested in connection with the death of BJP Manipur president Sheikh Tikendra Singh. The complaint was lodged by Manipur BJP vice-president Usham Deban. Earlier in 2020, a treason case has been filed against Lichombam Erendo.

The case was registered for posting a photo of Rajya Sabha MPs Sanajoba Leeshemba and Amit Shah with the caption ‘Son of a servant’. He was later released on bail. The Supreme Court had yesterday asked whether strict laws like UAPA and NSA are still in place in the country.

Greater Than Yourself: The Ultimate Lesson of True Leadership (Hardcover)