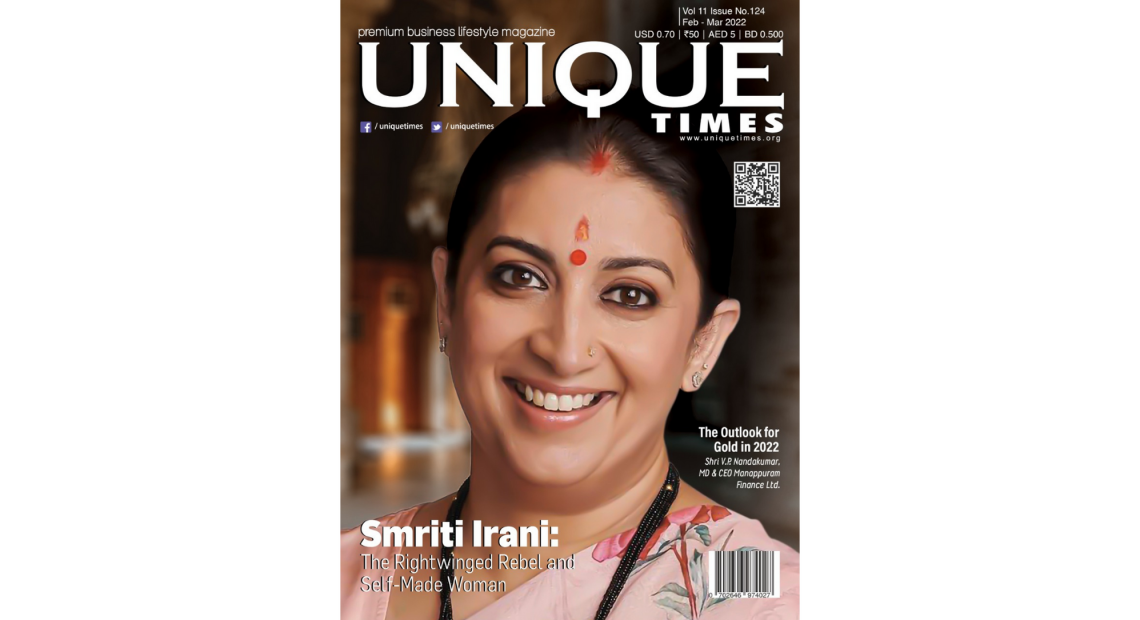 ‘I can’t speak for the rest, but I think the little India all of us carry in our hearts should be good enough for us individually to take a step to help ensure that same freedom and justice that our constitution guarantees is given to all’ – Smriti Irani

Accepting or attempting to seek out women’s perspectives, as well as elevating women’s status through education, awareness, literacy, and training, are all examples of female empowerment. Women’s empowerment enables and equips women to make life-altering decisions in the face of societal issues. They may be able to reshape gender roles or carry out other adjustments, giving them more freedom to pursue their objectives.

Let us read about the successful risk-taker who never gave up, from her highly-popular television avatar as Tulsi Verani to her role as a mind-blowing politician. Before entering politics, Smriti Irani was a model, producer, and television actor. Today, she is a minister in India’s Union Cabinet. Around 2000, Smriti Irani, an actress who later became a politician, was one of the most well-known personalities in India and overseas.

Smriti Irani was schooled in New Delhi’s Holy Child Auxilium School, where she was born into a Bengali-Punjabi family. She then applied to the School of Open Learning at Delhi University for a B.Com. Smriti Irani moved to Mumbai at the age of 18 to pursue her aspirations, working as a waitress and part-time model. She applied for an air hostess position with Jet Airways but was turned down. She made her television debut with Star Plus’s Aatish and Hum Hain Kal Aaj Aur Kal. But it was her amazing performance in Kyunki Saas Bhi Kabhi Bahu Thi, one of the most talked-about soap operas, that catapulted her to fame.

Smriti Irani is the eldest of three sisters. Her grandfather was an RSS swayamsevak, and her mother was a Jana Sangh member, so she has been a member of the Rashtriya Swayamsevak Sangh (RSS) since childhood. Smriti Irani joined the Bharatiya Janata Party in 2003. She ran for the 14th Lok Sabha against Kapil Sibal from the Chandni Chowk constituency in Delhi in the general elections that year. Despite losing the election, she was appointed Vice-President of Maharashtra’s youth wing in 2004.Smriti Irani spent the following five years developing her image as a woman’s rights advocate who prioritised empowerment and safety. She conducted a campaign on women’s safety in 2009, advocating for death penalty for rapists. She was named the party’s national secretary in 2010. 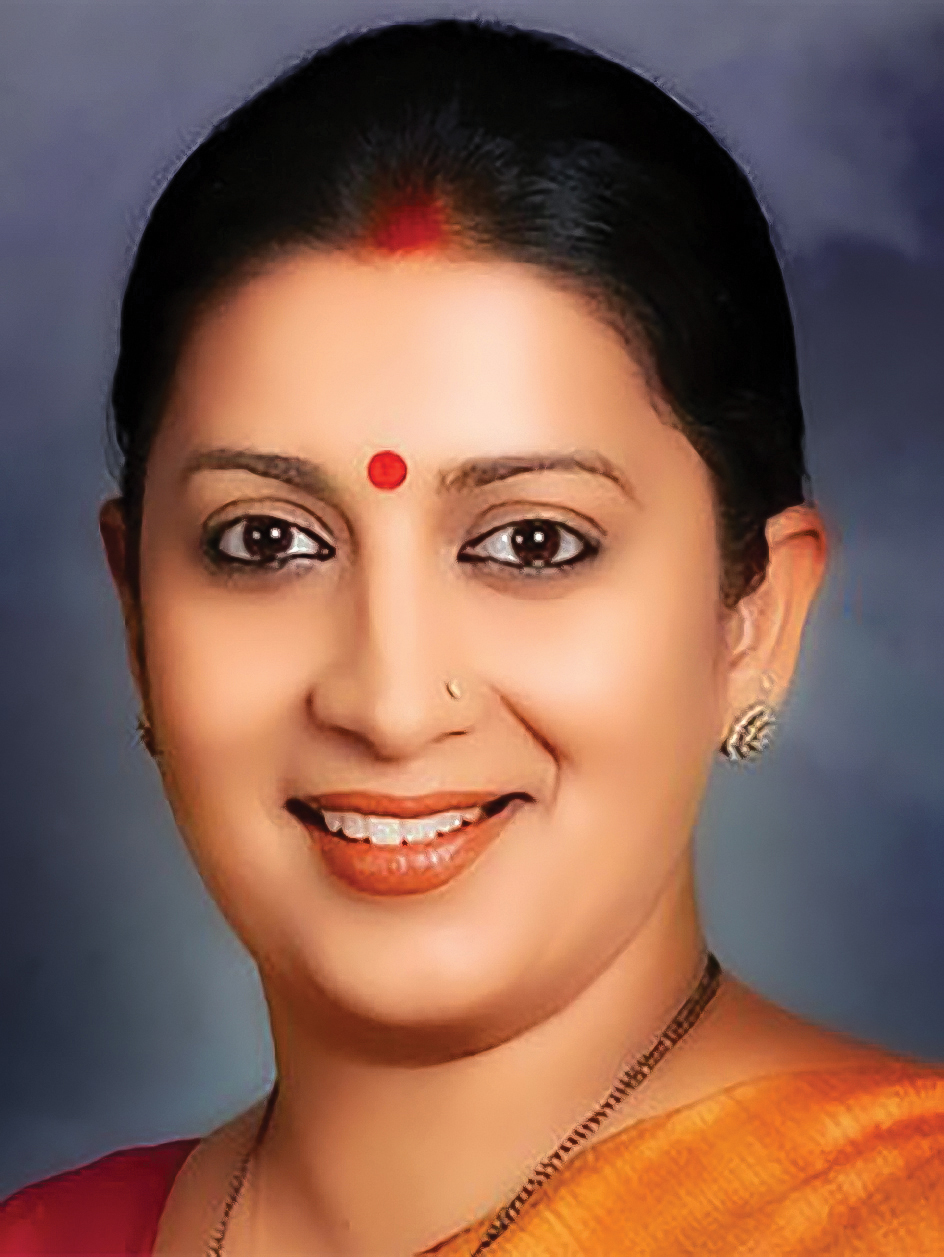 Smriti Irani was elected to Parliament in August 2011. She was sworn in as a member of the Rajya Sabha representing Gujarat. She is the first woman to serve as both the Union Minister for Human Resource Development and the Union Minister for Textiles. Irani defeated Rahul Gandhi, the President of the Indian National Congress, by 55,120 votes in the Amethi constituency in Uttar Pradesh in the 2019 general elections. To ensure this victory, the Bharatiya Janata Party (BJP) and its leadership put in an all-out effort.

Following the BJP’s overwhelming victory in the Lok Sabha elections, Smriti Irani became the youngest minister in Narendra Modi’s cabinet. She was also the first woman to be appointed as the Union Minister for Human Resource Development. After a two-year stint in the HRD Ministry, she was transferred to the Textiles Ministry. Smriti Irani is widely regarded as one of India’s most progressive female leaders.

Smriti Irani was appointed to the Textiles Ministry in July 2016, succeeding Santosh Kumar Gangwar. She maintained that role for five years, until July 2021, and was re-appointed to that role following the 2019 parliamentary elections. TEXPROCIL, the Textile Council of India, the Clothing Manufacturers Association of India, and the Indian Texpreneurs Federation have all praised her contributions to the industry (ITF). 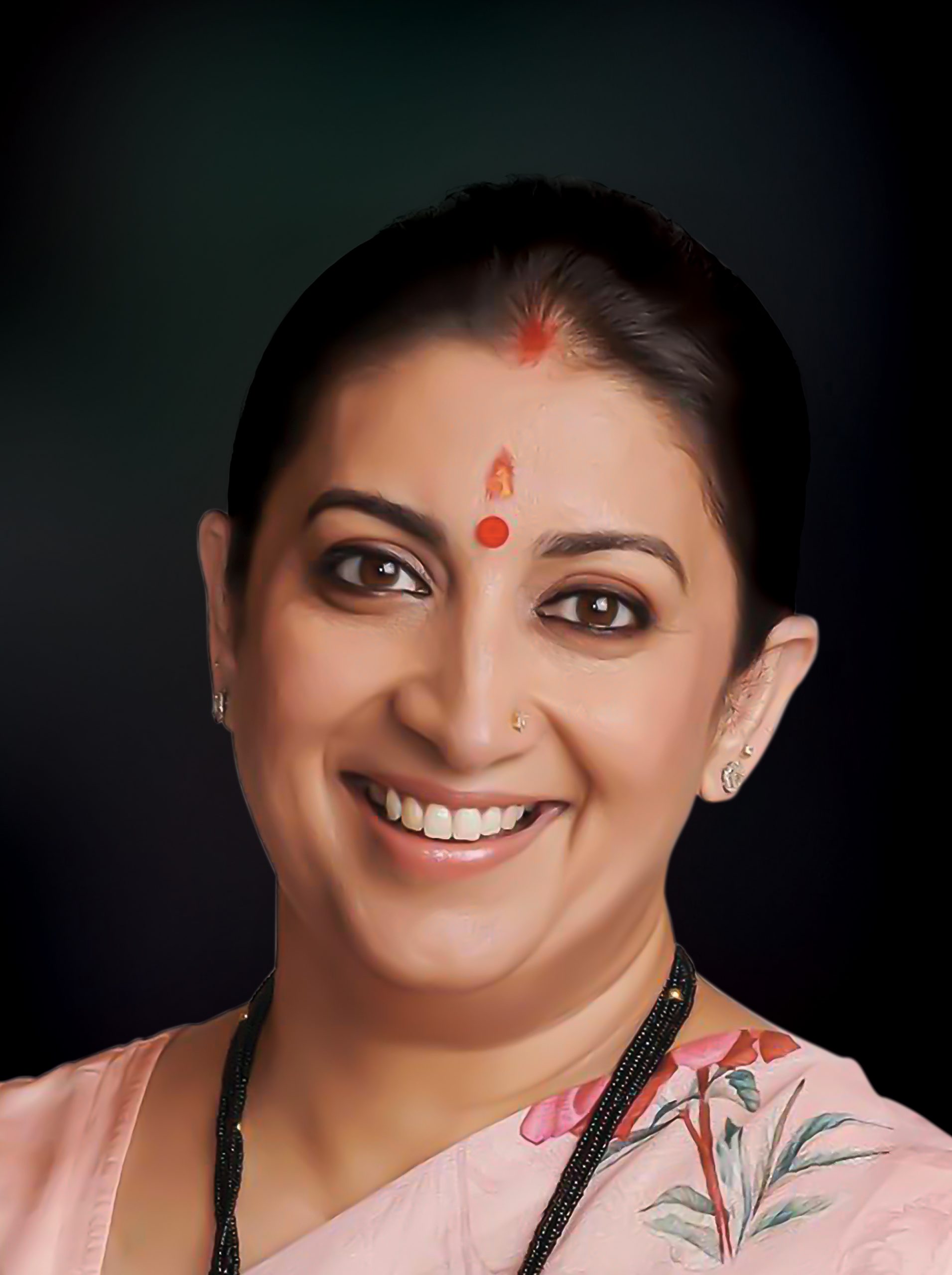 Her political career has been full of ups and downs. She has been one of the party’s most dependable members. Her regular media presence and outspoken demeanour have made her a powerful leader. She’s risen to a position of prominence in the BJP where no one questions her political dedication any longer. She has come a long way from her days as an assistant at McDonald’s, to her days as a Miss India finalist, her on-screen persona, and her appointment as the National Vice-President of a major political party.

Smriti Irani’s debut novel, Lal Salaam, was also a success. The novel is based on the lives of Central Reserve Police Force (CRPF) officers who serve the country in dangerous terrain. The novel’s plot revolves around the April 2010 massacre in Dantewada, which resulted in the deaths of 76 CRPF personnel.

The book, which tells the story of a young officer named Vikram Pratap Singh and the challenges he faces against a system steeped in backroom politics and corruption, was published recently. The story had been brewing in the Amethi MP’s mind for quite some time.

Smriti Irani has made the most of every opportunity that has come her way. She hasn’t always had a life of joy and accomplishment. “My failures have been widely publicised,” she once remarked. “When I went to Amethi in 2014, I was mocked. When I lost Chandni Chowk in 2004, I was mocked. My political obituary was published prominently in a popular national daily in 2016. My battles and positions have been made public. That does not make you lonely; rather, it makes you more confident.” 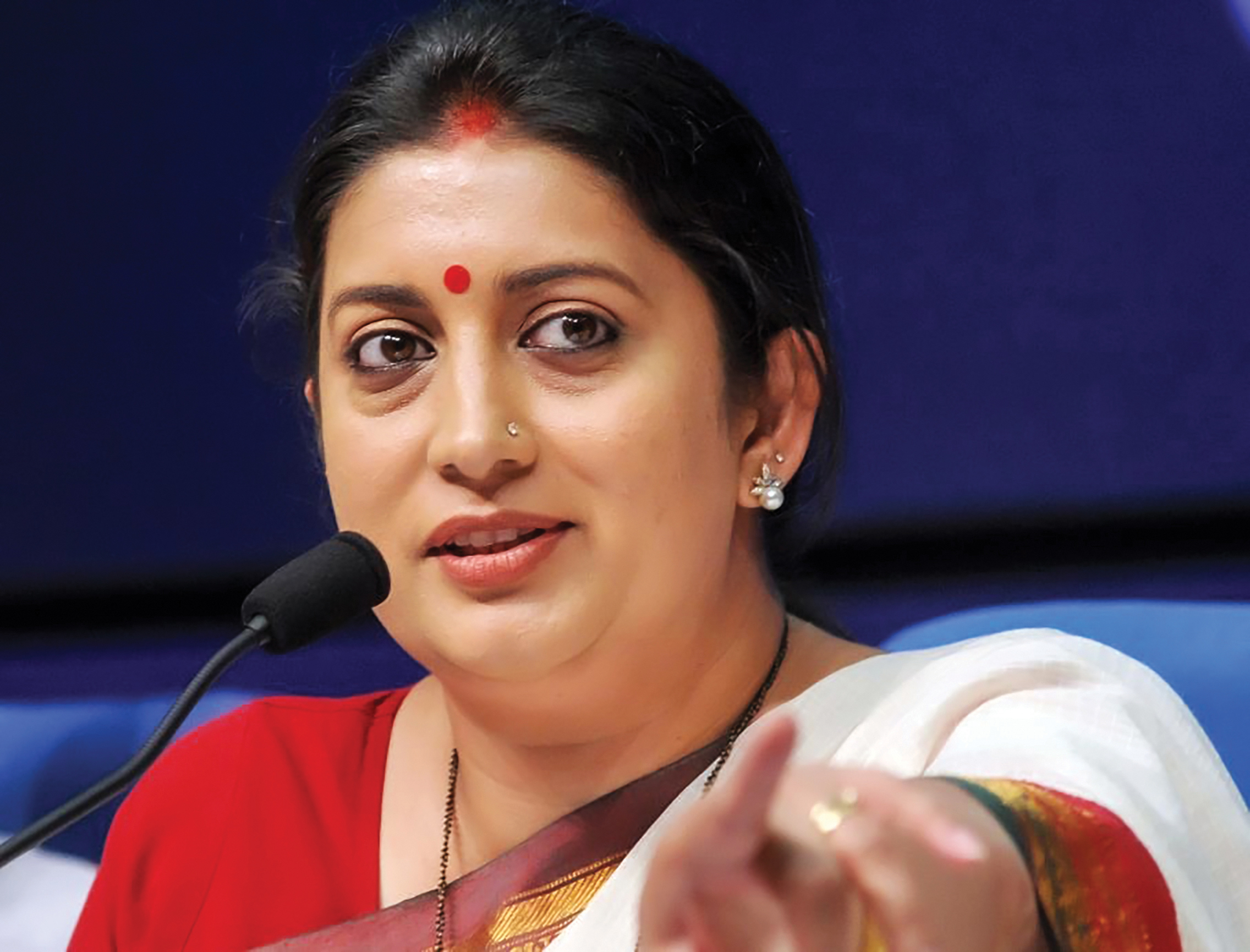 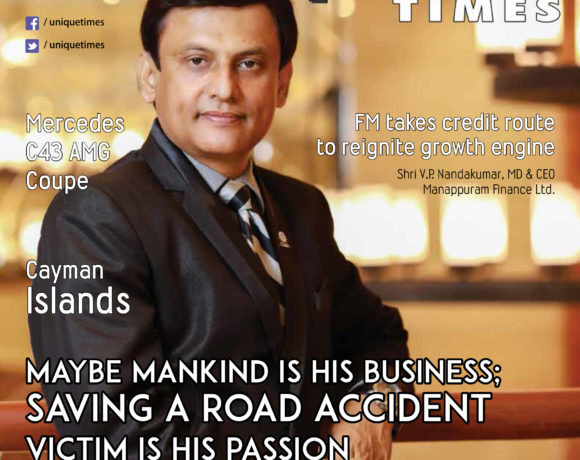 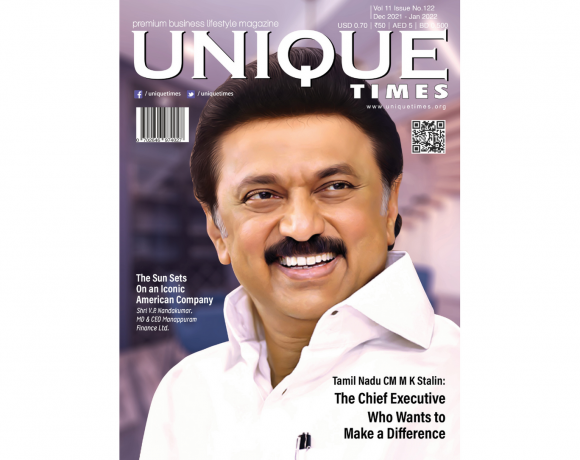