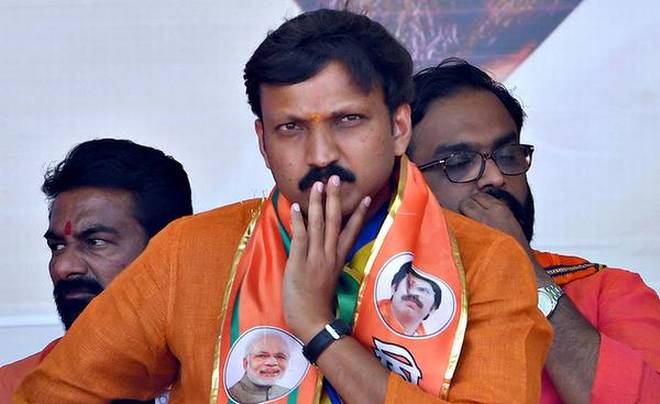 Shiv Sena MP Omraje Nimbalkar was injured during a poll rally when an unidentified man attacked him with a knife in Maharashtra’s Osmanabad district on Wednesday. The incident took place when Nimbalkar was addressing an election rally at Padoli Naigaon village in Kalamb taluka.

During the rally, a man along with a group came close to Nimbalkar, who represents the Osmanabad Lok Sabha constituency, on the pretext of shaking hands with him, a police official said. He said “while greeting the MP, the man attacked him with a knife and immediately fled. Nimbalkar got hurt on his hand but escaped a major injury because of his wrist watch.”

The Lok Sabha member’s father Pawanraje Nimbalkar, who was a Congress leader, was shot dead in his car near Kalamboli on the Mumbai-Pune Expressway on June 3, 2006. Former Lok Sabha MP Padamsinh Patil is the prime accused in that case.