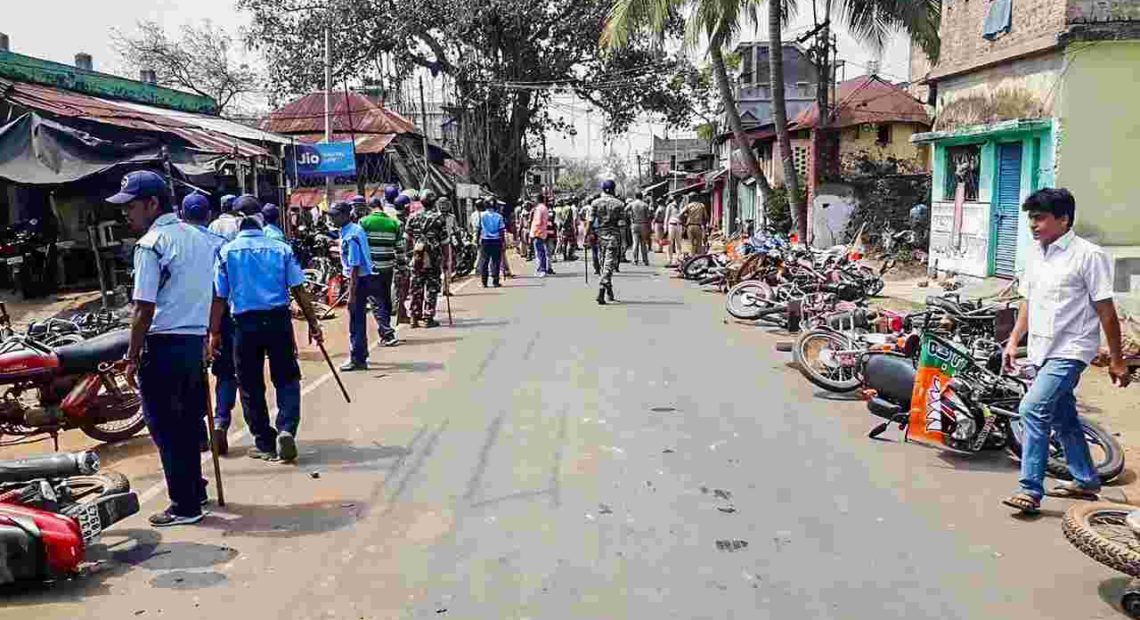 As the BJP marches aggressively towards the heart of West Bengal, the TMC intensifies its efforts to prevent that march in every possible way.

Last day, an election rally organised by BJP chief Amit Shah was marred due to severe clashes erupted between the BJP rally attendants and the TMC student workers who gathered, holding placards saying “Go Back Amit Shah”, in large numbers in a collage situated in the route through which the rally passed.

Several people were injured during the clashes. The Injured people were taken to hospitals. Each political party tried to put the blame over the other.

The BJP claimed that the TMC intentionally created provocation to disrupt the rally. Meanwhile, the TMC alleged that the BJP unilaterally attacked the students and damaged a statue of reformer Ishwar Chandra Vidyasagar situated in the collage during the clashes.

The BJP has led a high level delegation to the Election Commission, demanding strong action against the TMC, alleging that they violated the Code of Conduct.

The TMC’s affection to violence is a known fact in West Bengal. Several times, in the past, it has been accused of using violence against its political opponents to maintain its political dominance in the region.

The attack of the BJP rally means that the TMC fears the growth of the saffron party in its political bastion.

Dealing With Globalization of a Business