The new Bharatiya Janata Party-led government is set to take the oath of office today at a colourful function in Gandhinagar.

It seems that the BJP is trying to celebrate its sixth consecutive victory in the state in a way which helps the party to convey to the public how happy they are.

Recently, in a high level meeting, Vijay Rupani and Nitin Patel were elected to lead the new BJP government in the state, in which the party is at present in a very weak state due to the presence of a very strong opposition which altogether secured almost eighty seats in the latest assembly election.

There have been reports that this time there will be many new faces in the cabinet as many sitting ministers tasted the bitterness of failure in the assembly election, in which only ninety-nine BJP leaders managed to secure a safe entry to the legislative assembly.

At this moment, it is not clear who all are the new faces. But, there is no doubt that the BJP will try to include many young leaders in the cabinet this time. 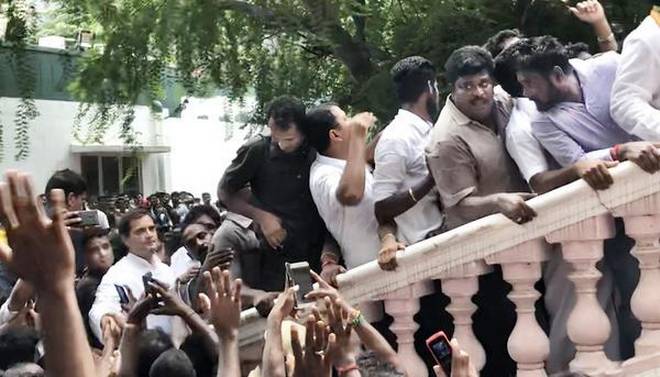