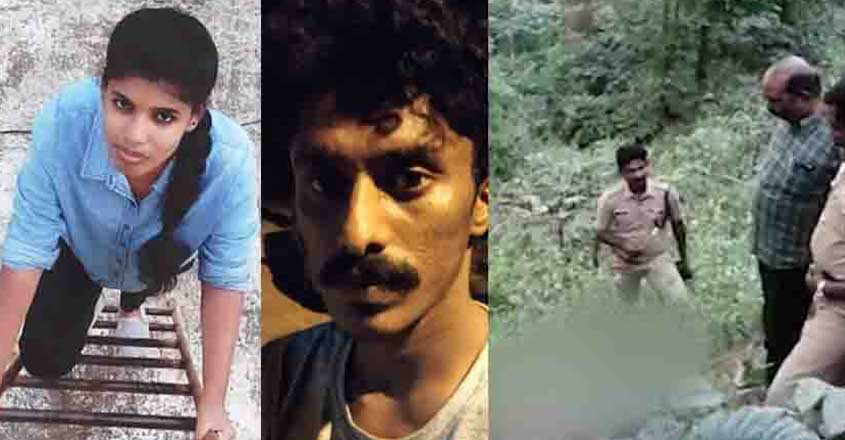 Antony aka Vinod used to accompany his daughter Eva, a Plus-Two student, to school every day and leave only after ensuring that she entered the classroom. But all such precautions went in vain as what awaited him on Tuesday night was the brutal killing of his daughter by a stalker. Eva was murdered by Safar Shah, 25, from Kumbalam, taking her to Malakkappara forest area in Thrissur. He later abandoned her body in a tea estate in Varattappara near Tamil Nadu.

Safar kept troubling Eva to marry him and threatened to kill her if she turned down his request. “Eva usually returns home (at Kathrikadavu) with her classmates. She told us on Tuesday that she would be late as she had to attend a friend’s birthday party. But when her friends told me she was found walking to the bus stop after classes, I grew suspicious and lodged a missing person complaint with the Ernakulam Central Police station,” said Antony, an employee with a courier firm took this safeguard. “He (Safar) had threatened to kill my daughter if she rejected his request to marry him. I had told him to stop threatening after my daughter complained that he was creating trouble. He ignored it and kept annoying her. He threatened to morph her pictures too,” Antony added.

The victim’s family hails from Thuravoor, Alappuzha, but has been living in the city for years. Hearing the news, relatives and friends arrived at the small single-storey rented house in Kaloor. “Eva’s body will be brought to the house only on Thursday after postmortem examination at Government Medical College Hospital, Kalamassery. Relatives left for Thrissur to complete the proceedings while parents were shifted to a relative’s house,” said Geo, a relative of the family.

Eva was a plus-two Commerce student at Easobhavan College for Girls, Kacherippady. Her sister Kesa is pursuing Fashion Designing course while mother Yogitha is working with a private firm.“The incident is very shocking,” said ward councillor and Kochi corporation development standing committee chairperson Gracy Joseph. According to the police, Safar and the girl were in a relationship. However, following resistance from the family, she backed off.