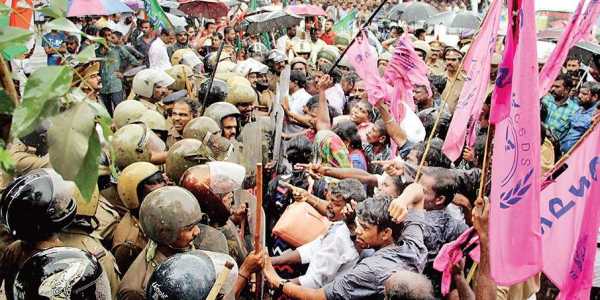 It is the not the first time the police officials of the Indian state of Kerala ruled by the Communist Party of India (Marxist) led leftist coalition government have received strong flak for their inefficiency, unaccountability and irresponsible behaviour.

In the recent past, several times, the police officials received criticism for the irresponsible way in which they handled cases and arrestees. The most notable case, which jolted the heart of the people of the state, was the custodial death of an innocent man who was mistakenly arrested by the police officials.

Unfortunately, last day also, another similar incident happened. This time, the police was not directly involved. The allegation against them was that they failed to stop a murder which they could have been stopped had they acted at the right time without finding unnecessary excuses to run away from their duty.

Unlike the previous occasions, considering the fact that the emergence of such a case which clearly depicts the failure of the government’s police policies would make serious impact in the election result of the by-election of the Chengannur constituency which was at the poll station at the time the news regarding the alleged case of honour killing initially emerged, the opposition parties actively intervened in the issue and ensured that all necessary steps were taken to bring the culprits before the judicial system and to punish the irresponsible police officials with immediate effect.

However, it is unfair to blame the whole police department for the inefficiency, accountability and irresponsibility of a few elements inside the department. Until and unless the government takes necessary steps to weed out these elements, the departments continues to receive flak.

There is No Honour in Honour Killing!

Indo-Pak relation slowly getting back to normal

Maharashtra to give EGC to out-of-school children