“Innovation is the crux of any successful business”- K.V. Zakir Hussain

Kerala has witnessed several game-changers in its history of entrepreneurship. Mr. K.V. Zakir Hussain, a stellar among them, the MD of Swadeshi Mermer Italia, defines a different cut to the cult as an exceptionally strong leader. With active life membership with scores of associations in Kerala and abroad, he propagates a strong will to be invincible through unfavourable times.  The saga starts by 1948 when his grandfather started off a tile and timber business and then later in 1970s gallantly paved seed to Swadeshi India Pvt.Ltd by his father, Mr. K.V.Ararankutty Haji, which shaped to be the first granite factory in Kerala. You won’t find him following the herd; he is an innovator; subsequently Swadeshi Mermer Italia is the only entity which directly imports Italian marble in Kerala, as of today.

When asked what has helped him become this acceptable and successful in the market, he proudly answered that the group imports high-quality marble from the nook and corner of the world. He claims that it’s still not open to the private parties the license to import granite and marble to India. This is a strategy by Government to promote the marble and granite that’s been mined inside the country. At those times, when Goverment had opened a special licence with restricted terms, Swadeshi bagged it from Kerala (as they had a full-fledged factory in the state). He further enlightens us that South India is known for granite mining, where marble is available only in Rajasthan. Granite being the hardest stone and marble being a soft stone, the cutting machinery differs. As for Italian marbles, instead of getting it cut here, Mermer Italia chose to import finished materials straight from Italy and other 9 countries (including Spain, Greece, Norway, Turkey, Egypt, Oman and Brazil) they successfully import from. On the contrary, their counterpart licence holders in Rajasthan imports raw block and get it cut in India after importing. This result in sending across the 3rd quality block to countries like SriLanka, India, Africa, China, Nepal etc. Startlingly it is again cut at 12mm-15mm which is below the standards. To cover the uneven surfaces and crevices on it, they seal it with ‘apoxy’, fix net and aggressively push it into the market. Mermer, instead, strictly follows international standards of calibrated and polished 20 mm thickness, while importing. This first quality product is sold then at a price that’s cheaper than the competitors. Hence, uncompromising approach on the quality is the first and foremost USP at Mermer Italia.

Q: Had you ever faced challenges in this enterprising journey of setting up your company?

Mr.Zakir Husain.K.V : Any new ventures calls in for its own typical challenges. When I started off handling the business, it was a booming time of marble. Granite, then, was used rarely either for kitchen tops or for showcase walls. Sustenance had to be carefully planned and executed with. I had had a family partition at that time, when we had granite quarries in TamilNadu and had to face hard-hitting adversity when the state government asked to stall all mining activities at granite quarries, accusing that it was the quarry owners who supported Veerappan at Sathyamangalam forest. We had no other way out than to stop production and retreat. We had to go in for a partition then incurring a considerable loss, and that was the time when I had to gather courage to start off my second serious stint with life, taking over the losing company and start off afresh, along with my other diversified running businesses.

Q: What do you think should be a positive change that you’d hope in this sector?

Mr.Zakir Husain.K.V: It’s most difficult to import marble to Kerala, when you compare with other countries and states. We have an expensive product range of Rs.198 to Rs. 3000. When we pay 5% tax in other sectors, here a licence holder pays whatever the customs fix for us. Above all, after paying the duty charges, one pays the cost charges, shipping charge, clearing charges, transportation charges, an additional 10 percent of gross profit and 14.5% of full tax to the state government of Kerala. I wish the tax system for Kerala change for the good. We almost incur 2 crores cost for a 1.5 cr consignment, thus. Same product can be imported to other ports in India paying just the duty, which obviously forces importers to choose that route. It’s taxing for the end consumer.

Q : What inspired you for Mermer Italia?

Mr.Zakir Husain.K.V: After the family partition, it was me who innovated this idea of Mermer Italia into our parent company Swadeshi India. This infact stemmed up from my numerous travels across 50 countries. I was eager to reach back to my customers with the least possible rates when compared to the other sectors in Bombay, Delhi, Bangalore etc.  For the same, our team was enrolled out for an indepth and comprehensive market study and then rest is history, as they say. Today my clients go home satisfied with the best of marble selected for their dream homes/spaces at an economic price.

Q: What’s something that you love most?

Mr.Zakir Husain.K.V: Something that keeps me dynamic is travelling. I have travelled more than 50 countries. It gives me a resolute zeal to imagine finer, meet new people, experience diversities, and envision change.

Q: What kind of culture exists in your organization?

Mr.Zakir Husain.K.V: I believe that I am a very liberal boss. All I expect out of them are results – to complete their work in the stipulated time, no matter how late they arrive or how early they leave office in the evening. Inspite of that, we have staff staying back late whenever the situation demands. I have always strived to make them feel that it’s their own company, encouraged a very friendly decorum with the staff and attempt not to impose unreasonable rigidness. I have always delightfully noticed that they have been contributing more commitment to work than I myself put in.

Q: How does a typical day sound to you?

Mr.Zakir Husain.K.V : I wake up early in the morning and use first hours effectively to do away with the calls and and to reply to emails. I usually arrive at office at 10.30 and work approximately 8 hours a day. As I don’t have lunch usually, I save an hour of lunchtime to finish the pending works. I don’t have tea or coffee, and have juice or coconut water through the day until I have a sumptuous dinner later.

As I am part of different social organizations and associations, I meet a lot of people every single day. We are a social being and thus, we feel responsible to help the needy through our charitable establishment called Swadeshi Trust. We feel blessed to have undertaken a lot of children’s education through this trust.

Q : Please tell us something interesting about you?

Mr.Zakir Husain.K.V : I love to include some uniqueness in anything I endeavour. For example, it was the first time in Rotary’s history that an Installation ceremony happened in a flight, while I was the President then. KingFisher supported us on this, while we flew from Calicut to Bangalore during the Installation Ceremony. Ingenuity and exceptionality is what I attempted even when I built my own house. I wouldn’t copy an idea, but would like to evoke a novel one.

Q: How did you distinguish yourself from your competitors?

Mr.Zakir Husain.K.V : I always do my utmost to show an exclusiveness in all the products we sell. Even if we face hard times in the initial stages, I believe, your determination to give out the best will take you a long way ahead in business. I reckon, consistent Innovation is the crux of any successful business. I have seen the same colored stone sold out from other sellers for even for a Rs.50 or 100 less, however we do not do that because we never compromise on quality inorder to have a faster profit. That is only temporary. We have fruitfully thrived in this market on a valid mouth to mouth marketing.  Our customers stay loyal to us, which is inturn our biggest strength in business.

Q: Who is your inspiration and model in ife?

Mr.Zakir Husain.K.V : My role model is my late father-in-law, Mr. Meeran, who founded Eastern Condiments Pvt. Ltd. After my marriage in 1994, he used to call me every single day evening after the day’s work. I had always exploited that time to dig out wisdom and experience from him, which actually had guided me this ahead. When I stood perplexed infront of some seemingly unsolvable situations, he used  to easily steer me out of those troubles. I still follow the advices he has bestowed me with when he was alive.

Q: What are your future plans?

Mr.Zakir Husain.K.V : As I mentioned earlier, granite was commercially used very less. Now that it has immense use, the business has expanded. And I believe the next upcoming trend would be of imported marble. Currently, Kerala is the biggest consumer for marble in India. I aspire to bring in all colors of stones around the world in our showrooms. At present, we have offices and yards in Kerala, Bangalore, Sharjah and HongKong. We have resolved to open 16 branches across India to prepare ourselves in advance to the growing need. Construction of our factory is ongoing in Oman. We are planning that as a production unit, treating it as a one-stop-point for imports from all other countries, and then re-directing to India. Simultaneously, we are ramping up our existing granite exports from India to other countries.

Q : What advice would you give to aspiring entrepreneurs?

Mr.Zakir Husain.K.V : I am not a person who would endorse “hardwork”. Business is all about impeccable planning. It’s like a rowing boat, where the sail needs to be adjusted to reach the shore safe and to make that sure, you should be constantly on the move. I don’t torment myself with tensions. Once I reach home in the evening, I keep aside routine office work and think of it only when I reach office the next day morning.

An advice I’d like to give aspiring youngsters is to Dream. A specific dream gives you power; power to act, to fight back struggles and to achieve your goal.

Here is one who loves melodious music, is an avid globe-trotter and is crazy about cars. A look at his life won’t let you ask him what his favourite color is, as from the attires he chooses to, the office ambience to his house walls are all painted in serene white. He proudly announces his craze for Mercedes and now joyfully drives an S class Merc which was bought a couple of years ago. This article would not be enough to furnish the accolades and awards he has proficiently fetched home.

Mr. Zakir Hussain’s wife is Ms. Niza Zakir who is a rank holder for M.Sc. Home Science and the director of Eastern Group. He has 3 adorable children, Aarzoo Zakir, Aamiya Zakir and Aman Zakir who are students of Choice School, Ernakulam. 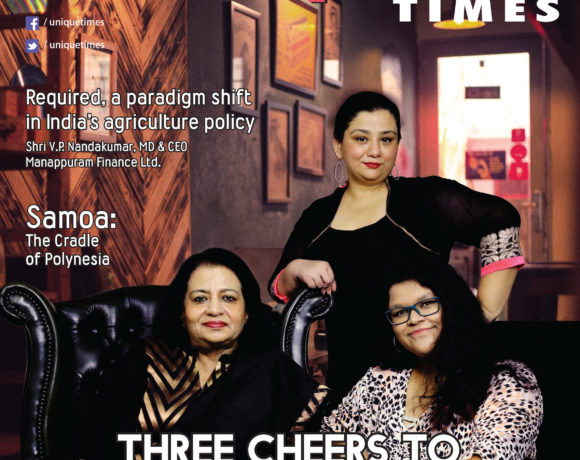 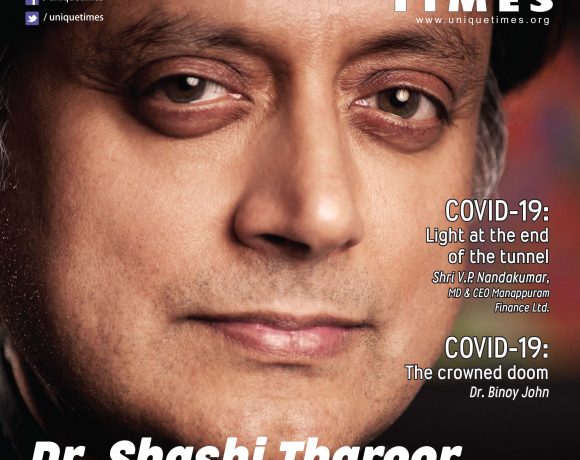