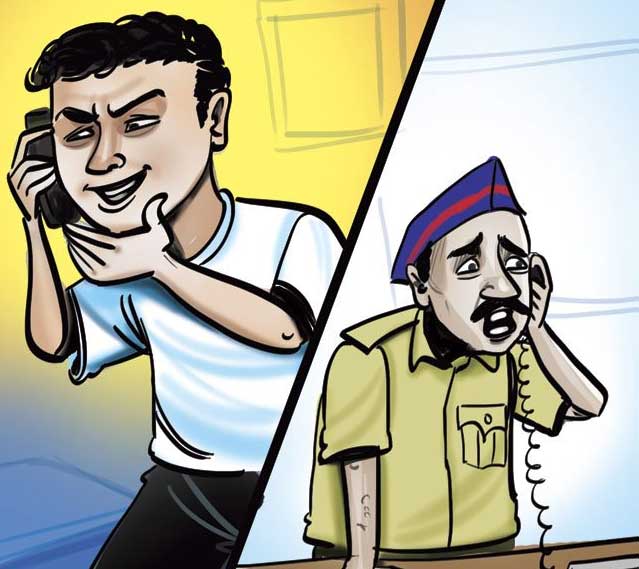 A Hoax caller, who shared fake information with the police control room about possible terror attack in certain South Indian cities, has been booked by the police authorities.

As per what little has been publicised about the hoax caller, the caller is an army truck driver, who, as per his claim, has the capacity to foresee future events.

According to a media report, when he has been questioned by the police authorities, he has informed them that he had the capacity to foresee the future events.

It was on last evening the authorities got the call. The caller telephoned the police control room and informed them that he had the knowledge of possible terror attack in certain cities in South India and a huge team of terrorists were stationed in a remote locality in the southern part of the country to carry out the task.

Followed by a thorough investigation, the caller was tracked down at a remote area located in the outskirts of the Bangalore city.

It is not clear whether the caller has any kind of metal issue. The man has been handed to the local police for further investigation.