The case for a strong NBFC sector in its own right is generally not well understood in India. The common impression is that NBFCs are a necessary evil to be tolerated as long as the banking sector leaves behind gaps in coverage. It is seldom acknowledged that (irrespective of the actual capabilities of the banking sector) NBFCs are an asset to the economy for their focus, specialized skills and the ability to service niche requirements, or that NBFCs contribute immensely to the cause of financial inclusion. Those in the know accept that India’s financial sector is better served by banks and NBFCs developing a complementary and mutually beneficial relationship rather than be stuck in a default adversarial mode.

A good way to start is to discard a couple of core assumptions that underpin current thinking on the topic. The widespread belief that the poor are best served when credit is made available at low or subsidized rates of interest is a fallacy. It’s been shown over and over that what the poor need is ready availability of small ticket loans with minimum procedural complexities. No doubt, compared to banks NBFC interest rates are high. But at the ground level the comparison has little meaning to people who don’t have access to banks anyway and depend on moneylenders. Moreover, in practice, the gains from low interest rates are often dissipated in the opportunity costs that banks typically impose on borrowers during disbursement.

The second assumption that needs to go is that regulation of the NBFC sector requires fail-proof mechanisms to prevent bankruptcies and frauds. The NBFC sector is vast and diverse and instances of bankruptcy or stray cases of frauds by unscrupulous promoters cannot be avoided altogether. The correct response to a mishap is not to keep on tightening the screws and make life ever more difficult for the NBFCs, but to stick with policies that foster growth and competition. The dividing line between regulations that seek to minimise risk and regulations that end up stifling growth is often thin, and striking the right balance is of the essence. When a regulator’s single-minded focus is on preventing downside risks, it kills the upside potential as well.

What banks can’t do

Are banks in India really cut out for promoting financial inclusion or financing marginal borrowers under priority sector lending? Given high HR costs, is it worthwhile for Banks to divert resources to get into small ticket loans for low value customers?

The fact is, when an activity offers no potential for profit, a commercial organization would find it difficult to sustain it over the long term. Banks are poorly placed to drive financial inclusion because they are burdened by high HR costs.  About 65 percent of a bank’s operating cost is taken up by manpower costs, and PSU banks spend three times or more per employee than NBFCs.  Banks also lack the last mile reach of the NBFCs and getting through to targeted beneficiaries is not easy. At the same time, extending last mile reach to service low value customers in a high cost set-up is not viable.

Under these circumstances, we need a mechanism where banks and NBFCs share the responsibility for driving financial inclusion and pushing priority sector lending. A sensible approach would have NBFCs originate credit using their superior last mile delivery while banks refinance these loans at favourable terms. With advantages of lower costs, proximity to the customer, and innovative practices in credit origination, NBFCs can offer a better value proposition to the borrower, good enough to even neutralise their higher interest rates.

In this model, NBFCs become innovators and risk takers, shielding banks from credit losses through their additional capital and low cost delivery structure. In turn, banks become aggregators, supervising credit portfolios originated by various NBFCs. They are now free to focus on their core competencies. There are long term gains too as customers won over from the unorganised sector by the NBFCs eventually move up the value chain to become bank customers.

Until 2011, money lent by the banks to NBFCs for onward lending to agriculture and MSMEs was reckoned under their priority sector lending targets. But now, RBI requires banks to skirt the NBFCs and lend directly to the priority sector. Consequently, banks have less incentive to lend to the NBFCs and the anecdotal evidence indicates that the flow of credit to vulnerable agriculturists and MSMEs has been affected. In the meantime, banks are nowhere near proving themselves adequate to the challenge. A policy recalibration intended to promote the interests of the priority sector by putting more money into its hands at a lower cost has curtailed the flow of credit to the sector and failed in one of its key objectives.  It is time for a rethink.

Shri V.P. Nandakumar is the Chairman of the Manappuram Group of Companies. 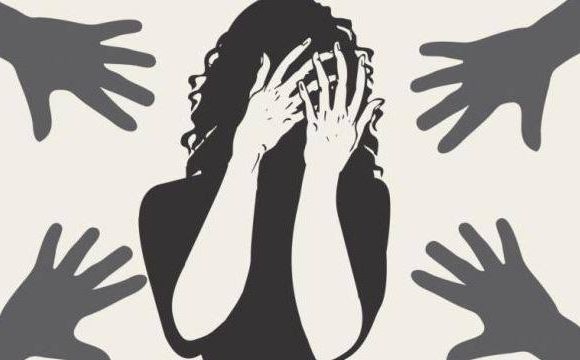