A senior congress leader, Jairam Ramesh alleges that the BJP-led centre government is curtailing the CBI probe on the infamous chit-fund scams to provide a ‘clean chit’ to Odisha Chief Minister Naveen Patnaik. The fresh controversy was initially triggered by Union tribal affairs minister. Pointing the CBI investigation on the Odisha scams, minister recently alleged that the CBI investigation on the chit-fund scam had gone slow.Eventhough the minister had not specified any central intervention; the Congress party took the opportunity to blame the ruling government.Last day, the Congress men demanded that the Supreme Court of India should monitor the CBI investigation to avoid the central government’s intervention in the case.

While commenting about the allegation, Jairam claims that the centre and the state government are jointly looting the natural resources of Odisha.The Chit-fund scam is the multi-crore financial scam. It had inflicted deep injury on the Naveen led-BJD government. The infamous scam had robbed hard-earned money of lakhs of poor people in the state. The Central Bureau of Investigation is currently investigating the case. Recently, CBI had questioned some MP’s and MLA’s of Naveen’s party. Surprisingly, the Odisha CM had not yet commented on the allegation.Meanwhile, Jairam claims that an effective lok pal system is being intentionally delayed by the ruling rightist government. 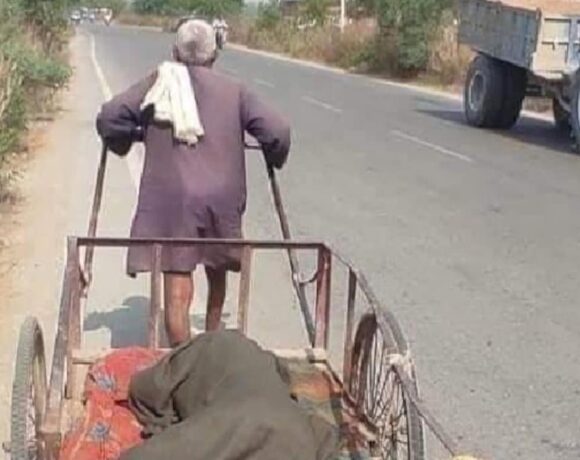 UP Man Carries Mother To Hospital In A Cart, She Dies On The Way