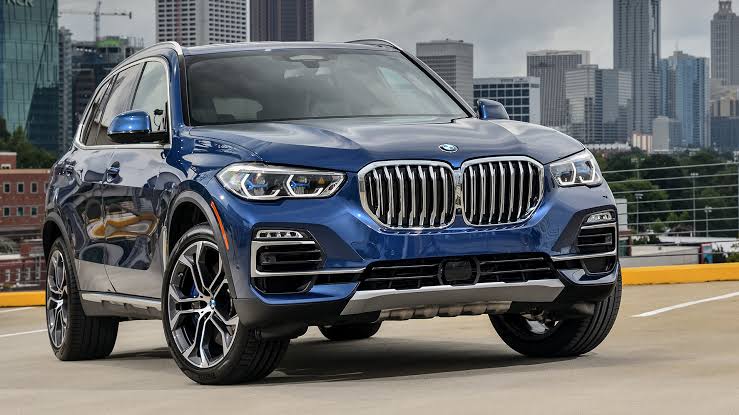 For years, the BMW X5 has enjoyed its position in the luxury SUV market as one of the best allrounders. In this latest G05 fourth generation, the BMW X5 has grown again in size. The big one piece grille was the talking point in 2019, but I have gotten over them now especially after having seen what the newer BMWs will be coming with. And in any case, big grilles on X5 and X7 are okay because they go well with the size of the car and it is when they put it on a smaller car that they tend to look out of place.

To me, the X5 looks the best among all BMW SUVs and this generation is no different. Yes, the switch from traditional L shaped tail lamps to elongated, generic looking ones isn’t welcome, but it has tried to look more athletic in overall design. The front end is very curvy towards the edges, with shapely laser lights sitting above the aggressive M Sport bumper. The rear fenders have muscular haunches on them which coupled with a beltline that dissolves into the fenders makes it look far from being slab-sided. 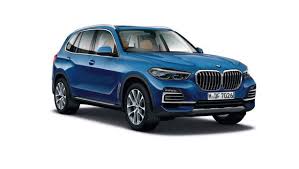 While it may try to hide its bulk with clever design, you can tell from the 20 inch wheels with relatively thick sidewalls that it has to be an enormous car for that to look normal. 20 inchers would have been the max size in any performance SUV a generation ago, and here it is standard on all but the base SportX model. The rear tyre measures 305 section in width and you can go up to 22 inches in diameter on this new gen X5.

The X5 has got a lot more luxurious inside too with trim that wouldn’t look out place on a 7 series. Not that the previous generation was lacking, but this one is even wider by 66mm and has a 42mm longer wheelbase and that gives it more room inside. The plush front seats get a commanding position and can be adjusted in any way you like. The rear seats are a bit upright, but they are quite spacious and so wide. You get a feeling of the dashboard and centre console cocooning you a lot more than in the last X5. 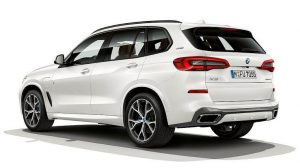 The ‘CraftedClarity’ which is a glass crystal application on the Gear selector, iDrive Controller, and starter button is standard on Indian cars. The iDrive is easily the best infotainment in any luxury brand by being logical and easy to use. The M Sport variant gets Headup display, the Display Key, 12.3 inch instrument display, the 12.3 inch control display, the 16 speaker Harmon Kardon sound system, Apple Car Play, Phone mirroring etc. The parking assistant, the 360-degree camera with 3D view, works really well.

The reason why we are driving an X5 now rather than when it was launched last year, is the 40i variant, with its 3.0 litre straight six turbo petrol. Now you are spoilt for choice when it comes to the two engine options in the X5. The diesel 30d develops a solid 265bhp but this 40i petrol has stonking 340 horsepower. Before you conclude that the petrol is better, let me tell you that the 30d produces 620Nm torque vs the 450Nm in the 40i petrol. And to me, in a two tonne SUV you enjoy that colossal torque wafting you along, more than you enjoy revving the nuts off a petrol engine. Mind you, it is still faster, doing 0-100kmph in 5.4 sec, a second quicker than the diesel. The acceleration is never ending but is much more linear than the diesel’s. It is also generally refined, but in this M Sport with its sportier exhaust, it is whisper quiet at low revs and sounds throaty when you floor it. 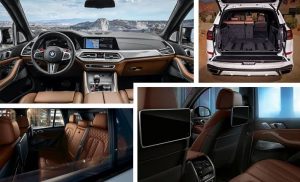 The biggest improvement in this gen is comfort. Driving pleasure takes a step back for added ride quality. The previous F15 generation was never a car the rear seat passengers enjoyed, but this has been taken care of, in the new one. The biggest difference comes from air suspension on both front and rear axles (the F15 only had it in the rear) and it allows up to 60mm adjustment in ride height. The wide tyres do cause some extra noise, but the X5 rides well over most imperfections. It tends to roll a lot more than the old car and the steering isn’t as direct as it felt before, but this is still one of the best handling SUVs in India. You can hurl it at speeds you wouldn’t dare in a tall 2 tonne SUV and though it may not as enjoy it as much as the previous gen, it would still happily oblige. A Porsche Cayenne is still the benchmark for the best handling SUV, and this is the next best thing you can have.
The X5 combines good looks with classy interiors, solid build, good handling and loads of practicality. The straight six petrol engine is a gem of a motor with stellar performance and refinement to match. The biggest achilles heel of all past X5s has been the lumpy ride but this generation sees a marked improvement there as well. If you have a crore lying around and are in the market for a luxury SUV, this one ticks all the right boxes. 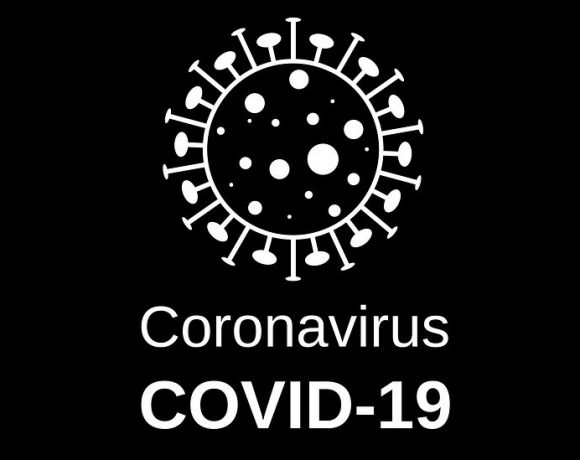