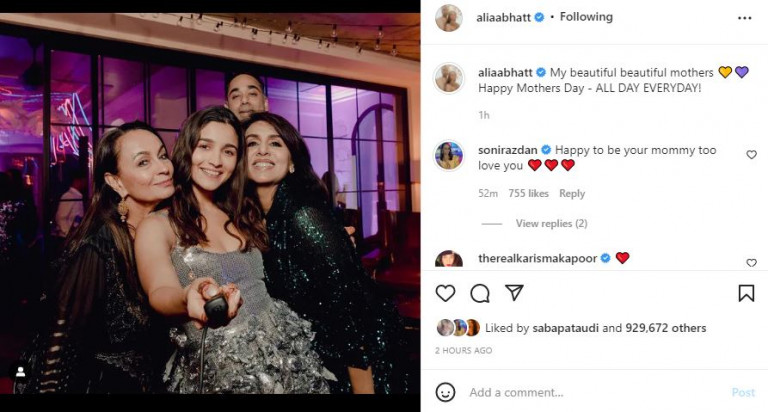 Alia Bhatt dedicated her Mother’s Day post to her mother, Soni Razdan, and mother-in-law, Neetu Kapoor. Alia posted a selfie from what appears to be a wedding celebration (Alia can be seen wit henna on her hands). In her caption, the actress wrote: “My lovely and lovely mothers.

All day, every day is Mother’s Day.” “Happy to be your mommy too love you,” Soni Razdan wrote in the comments section. “Love you Ala,” Neetu Kapoor also commented on the post. The image is simply adorable. In April of this year, Alia Bhatt married her Brahmastra co-star Ranbir Kapoor at their Mumbai home.Soni Razdan, Alia Bhatt’s mother, shared a few photos from Alia and Ranbir’s mehendi. She also posted a photo of her daughter Shaheen with the caption: “A mother is born along with her child. All mothers have a wonderful Mother’s Day.”

Alia Bhatt has a jam-packed work schedule ahead of her. SS Rajamouli’s RRR and Sanjay Leela Bhansali’s Gangubai Kathiawadi were her back-to-back releases this year. Heart Of Stone, a Netflix film co-starring Gal Gadot, will be her Hollywood debut. Darlings, which she is co-producing with Shah Rukh Khan, will be her next film. She will also star alongside Priyanka Chopra and Katrina Kaif in Farhan Akhtar’s Jee Le Zaraa and Ranveer Singh in Karan Johar’s Rocky Aur Rani Ki Prem Kahani. Her upcoming films include Ayan Mukerji’s Brahmastra, which she will star in alongside husband Ranbir Kapoor. 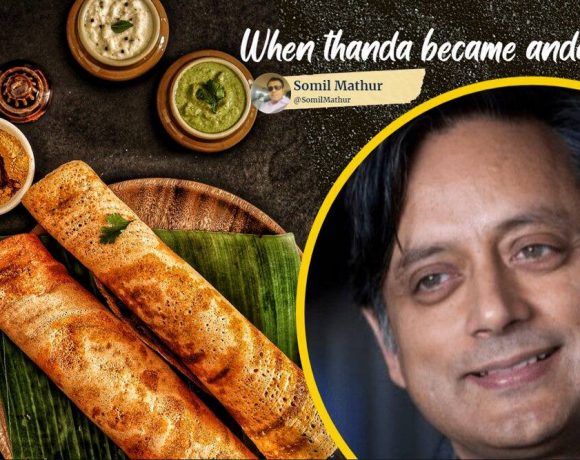 Man posts about dosa made of ‘egg water’ at ‘Chochi airport’; Tharoor, others weigh in