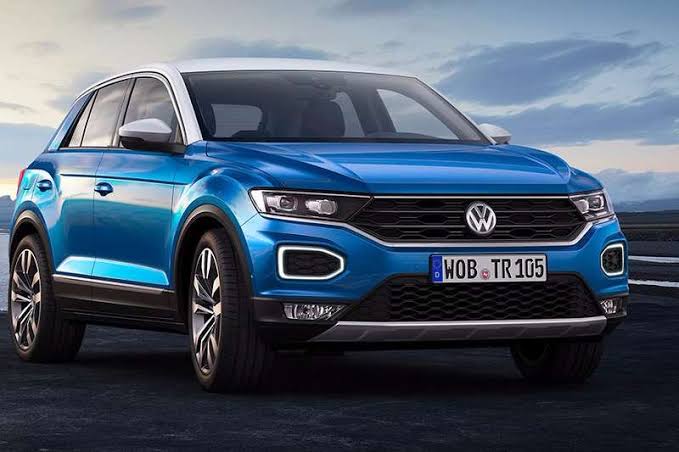 It’s small, not very spacious or that good value, but you still want one. That’s the appeal of the recently launched Volkswagen T-Roc. It is easily the most exciting product in the VW line up right now. Only a handful are coming to India this year under the homologation exempt scheme and they are all getting picked up quite quickly too. The T-Roc is a desirable compact crossover that VW thinks has a better market case here, than their globally successful Golf hatchback on which it is based. In terms of size or pricing, it doesn’t fall into any particular class. Even its Czech cousin the Skoda Karoq, sits in a different market place in India, owing to its bigger size and pricing.

The T-Roc is in fact quite small and to many, therein lies its appeal. It is compact enough to be handy in the city while remaining classy and stylish enough to be hanging out with other upmarket cars in the office parking lot. It looks more like a lifestyle product along with the Beetle and Arteon in the VW range where form is more important than function. While it is shorter than a Creta and not as tall, it is quite wide at 1819mm. That along with the stretched 2590mm wheelbase, gives it a wide stance. The styling is typical VW at the front with elongated fascia holding the grille and the headlamps. The DRLs are set prominently on the bumper and they double up as indicators too. The overall shape is very sporty with a sharper rake to the rear windscreen. The contrasting roof and silver accent running along the sides merge into a minimalist looking boot. The fake exhaust tips on the bumper are part of the styling and VW isn’t the only one who does this. The 17 inch wheels are reasonably sized, but this car could surely benefit from an upgrade. 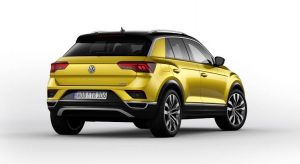 The interiors are much more staid in comparison to the exteriors. It has the typical sensible design and solid build of a VW, but since this is a CBU, quality levels are a notch above. Sure, there are some hard plastics around and it looks a bit dull being black, but live with it for a while and you will surely be able to tell. The driver gets a 10 inch digital cluster while there is an 8 inch touch screen for the infotainment system. The front seats are comfy, and hugely supportive. The rear is a little short on space, but two average sized adults or three kids will still be comfortable. The panoramic glass roof adds to the airiness of the cabin. You don’t get cruise control, electrically adjustable seats, wireless charging which seem like glaring omissions. However the T Roc comes loaded with dual zone climate control, six airbags, heated seats, panoramic sunroof, Apple Car Play, Android Auto, tyre pressure monitoring, front and rear parking sensors etc. It also gets a collision warning system and a lane keep assist which steers you back to your correct lane if you wander away.

Powering the T-Roc is a 1.5 litre direct injection petrol four cylinder engine mated to a 7 speed dual clutch automatic gearbox. The new EA211 TSI Evo engine is the replacement for the older 1.4 TSI engine that was sold in the A3, A4, Beetle, Jetta and Octavia. The new engine benefits from a longer stroke and a more efficient combustion cycle to give it more torque and better drivability. It produces 150bhp and 250Nm. The engine feels particularly strong in the midrange and you can do 0-100kmph in 9.9 sec. Though there is adequate performance on offer, you can tell this one is not as eager as other performance oriented TSI motors from VW. That’s because the engine and gearbox are both tuned towards efficiency. There is also a cylinder deactivation mode which shuts off two cylinders while cruising and apart from a small pop-up in the gauge cluster, there is nothing else to tell when it’s doing that. There is no change in sound or any vibration which is odd because it is only a four cylinder motor to begin with. It’s brilliant. I tested this feature in a similar engined Skoda Karoq and that one was returning over 18 kmpl city and highway driving, combined. 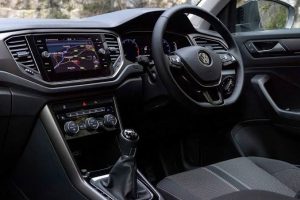 Where the T-Roc impresses even more is the way in which it gets on the road. We know German cars have good ride and handling by default, but more often than once, the cars we get here have their suspensions raised and softened up a bit, to suit Indian conditions. Not in the T-Roc, which comes as such from the factory in Portugal. As a result, you feel it is more European than most German cars. Everything feels very tight and built to last. There is a hint of firmness to the suspension over sharp bumps, but it improves with speed. It can tackle bad roads with so much ease. This is a well-honed VW Golf chassis underneath and it is evident in the dynamics. There is enough grip and it feels very balanced too. The T-Roc is a car you enjoy driving fast no matter what road you are on. Even the brakes are superb and offer plenty of confidence.

What makes the T-Roc even more appealing is the pricing. It is around Rs. 7 lakhs cheaper on road than the slightly bigger Skoda Karoq built on the same platform. It costs Rs.19.99 lakhs ex.showroom, but because we have to pay the flood cess in Kerala on top of that which pushes it to the next tax bracket, it costs about Rs. 24 lakhs on road. And while that looks expensive next to something like a Creta or Seltos, it is quite reasonable for an import. And for an urban SUV that looks this good, drives this well and is so desirable, Volkswagen has got it right this time.