Dr. A.V.Anoop is a multi-faceted genius, an Industrialist, Property Developer, Film Producer, Social Worker, Organizer and Amateur Drama Artist. He is the Managing Director of AVA Cholayil Health Care Pvt. Ltd, the Makers of “Medimix”, World’s largest selling Ayurvedic Bath Soap having 31 years of experience in Soap, Pharmaceutical, Cosmetics and Food Industry. He is the Chairman of IWCC (Indian Worldwide Chamber of Commerce). He is the current President of the prestigious medical college, Sree Narayana Institute of Medical Science, situated near Cochin International airport which was made possible by the association of ‘Sreenarayaneeyars’ from across the globe.
He has seen it all and has got what it takes to get through hard times. The conversation with him was indeed an eye opener in terms of, developing a winning attitude, especially if you set goals and implements it, effectively take risks, scaling up through strategic planning, to reach those goals in incremental and measurable stages. It’s amazing to see him do things better, in less time, effortlessly. Mr. Anoop surprises anyone with his humility, accessibility and the depth of experience. Let’s have a sneak-peak into the impressive life of this awesome individual.

About the beginning of the journey.

I was born in Thrissur. My father was the Director in Kerala Fisheries. I lost my father when I was doing my second year graduation at Thiruvananthapuram. I used to show keen interest in vehicles from my childhood days, used to drive taxis and that resulted in starting a travels business. That showed a fast growth with atleast 10 bookings in a day.
My uncle, Dr.Sidhan, founded Medimix. He was a doctor in Railways. Later in 1982, there erupted a strike which could not be reconciled with and he had to wind up the factory there in Chennai. There was even a life-threatening situation to him, because of which he shifted to my place temporarily. As I had successfully initiated and running my small time business, Dr. Sidhan noticed my activities in Thiruvanathapuram and extended an offer to take over the ailing Medimix operations. Infact, at that time a government job was awaiting me, as my father passed away before his retirement. It indeed was a challenge that put me into the dilemma of choosing between a government job or to take a huge risk of taking up Medimix. I was indeed naive and perplexed at the onset. Still it was my destiny to take up this huge challenge and prove it to the world that things are possible even when it looks impossible. My uncle got transferred out of Chennai the very same year. A year later, my brother-in-law, joined the company. We both worked together in lifting up this empire to the magnanimity that you witness now. If you don’t enjoy what you’re doing, in all likelihood it’s safe to assume that will be reflected in the success of your business–or subsequent lack of success. I enjoy what I do – whether it be at Cholayil or at the theatre stage.

On the journey and exponential growth of the company.

Medimix is a handmade soap, with absolutely no electrical machineries involved in making 10 crores plus bars a year. It is absolutely a unique model to process these enormous quantities of handmade soaps with optimum quality. It’s all about the effort of humans with only the basic equipments used to help. The year I started off with the company, the situation was such like that if an employee stamped 4000 soaps in his shift time of 8 hours; we used to reward him as a best performer. However, today, we don’t get surprised even if one stamp 15000 soaps a day. Over a period of time, we developed systems and processes inhouse to work out from the basic operations that we used to follow initially. Hence the biggest challenge itself was to decipher how to scale up production. We have transitioned into the changing world; the latest product we have launched is face wash. Everything you do in business should be customer focused. At Cholayil Healthcare Pvt.Ltd, we kept it mind the genuine needs of our end customer.
When the company expanded exponentially over the decade, more focus was thrown to region-wise operations, for a successful output. Thus, I handle South Indian market now. We have 600 odd employees who work here. We have factories at Chennai, Pondicherry, Villupuram, Bangalore etc. Medimix holds a responsibility to the society and to cater to this conscientiousness, we go ahead and identify villages that are in grave need of a livelihood. All of our employees stay with us for a lifetime. We are proud to say that we have absolutely zero percent attrition. Even the marketing staffs around South India happily stick on with us for a longer time. 85% of our employees are women. We train the employees then for maximum performance. It is even more interesting when we see those women bring along their husbands too after their marriage. They earn on an average of Rs.18000 as monthly salary. It is my priority to support their children’s education; most of them now pursue professional education to become CAs, doctors and engineers. In future, we are not denying a possibility to mechanise.

About the social activities that he indulges in.

Theatre is a great passion of mine. I used to dynamically act in Theatre plays from my college day. When I moved to Chennai, I actively participated in plays and was well known there too. That led to my involvement in Malayalam Council, which is a malayalee congregation who celebrated their centenary for the first time in the world. We did a lot of social activities via Malayalee Council. Later I got into World malayalee council and then international malayalee council too. In my period, two prestigious projects we did were “Jyothirgamaya” in Mannathur, Muvattupuzha, Kerala, through which above 3 lakhs of people were treated and hundreds of people regained their vision. 29 panchayats, despite of politics, religion and differences joined hand for this noble cause. This initiative is still a reigning world record. When I was the general secretary of World Malayalee council, I came to know the intricacies involved in paediatric heart diseases; we raised an event in association with Madras medical mission for helping children from Kerala who required heart surgeries. Initially we resolved to help 50 children and now we have already successfully finished surgeries for 164 children. Similarly, we at World Malayalee Council, had helped devasted people when Tsunami hit them. I personally am instrumental in giving right education to hundreds of children. I don’t do this only for the sake of social responsibility; this is my genuine purpose to uplift them.
I’m associated majorly with two medical institutions – I act as the group vice president at Asan memorial Association in Chennai, Chairman for Arts and Science college and Vice-Chairman for the dental college. There are 10 institutions running under this umbrella. Later, some of my philanthropists friends joined together and commenced a medical college named Sree Narayana Institute of Medical Sciences, near Cochin International Airport. I am the President there and Gurudeva Charitable Trust runs it currently. Our sole aim was to commence a medical college under Gurudeva’s name. We all are devotees of Gurudeva. We could bag amazing results with the first batch that passed out; we are more thrilled fetching the first rank from university from our college. A good reputation is unquestionably one of the most tangible and marketable asset of any aspiring businessman. Passion and a genuine interest for what you do take you miles ahead in life.

How are you so passionate and inclined towards art and theatre?

Art always orchestrates a win-win situation with life and business, which helps you relax and look forward for an exhilarating life ahead. As I mentioned earlier, I was enthusiastically zealous about theatre acting right from my childhood. There was an instance I clearly remember, upon finishing a play once, then All India Radio’s director Konniyoor Narendran climbed up the stage and put a garland around me and said “you are a really good actor”. That indeed boosted my confidence and there was no year from that day I haven’t acted in plays, with more vigour. This year ‘Sangeetha Nataka Academy’s ‘Pravasi Nataka Competition’ is announced for the coming month. I am participating in that too. I try to avoid competitions mostly and indulge in contributing productively to theatre arts. There is a group called ‘Team Arts’ where I preside as the Chairman, which promotes aspiring individuals who would like to contribute positively for theatre. Yes, I have received several recognitions in this field. Love for theatre actually led me to cinema too, when I reckoned numerous common friends and artists from this industry.
Again, I planned my first film devoting to Gurudevan, a film named “YugaPurushan”. Very few people around the world know about him rightly, the film meant as a learning for the future generations to rightly absorb his values and nobility. It was infact for that I launched coined AVA productions and with Gurudevan’s blessings, it successfully grew and could support some good work in Malayalam cinema. We also do commendable short films and documentaries under this banner. Another laudable one is “Before the Brush Dropped” based on Raja Ravi Varma which recieved a State Award. Very recently, we had covered a ‘yagam’ of 12 days, a remarkable short film named Agneya.
My first released film was PranayaKaalam. I did 8 films in Malayalam and 3 films in Tamil so far. Paleri Manikyam-Oru pathira Kolapaathakam bagged a state award, and the latest released is Mr. Fraud. Now I’m producing a Roshan Andrews movie with Prithviraj as the hero. Under the banner “AVA Productions” Films, Short Films & Documentaries have been produced. The projects which has won National and State awards lists below;
‘Before the Brush Dropped’ – A Documentary Film in English focused on renowned Artist and Painter Raja Ravi Varma Directed by Mr.Vinod Mankara. The film was awarded the Best Documentary in the Kerala State Film Award for the year 2007.
“Appuvin Nayagan – Spotty (My Hero)”, A Short Film in Tamil, Directed by Mr.Santosh Madhavan and enacted by well-known actor Shri.Charuhasan, received Rajat Kamal 56th National Film Awards 2008 for the Best Film on Family Values under the Non-feature section.

About what excites and interests him in life.

The students we see in movies nowadays are those who blow their trumpets, make a lot of noise, and have fun no matter what. However, in real life, things could be so different. We need emotionally intelligent crowd who can tangibly make a difference to the society. I really work incessantly on transforming the youth to a socially responsible and globally committed one – the project named Altius, thus, is uniquely successful. I’d rather like to advice the aspiring entrepreneurs to work as an employee, know the challenges and opportunities first, before jumping into entrepreneurship.
Knowledge and Passion towards natural way of healing which does not have side-effects like Ayurveda has resulted in the launching of “Sanjeevanam”, a one of its kind Holistic Healthcare Service Centre which integrate the principles of Ayurveda, Naturopathy and Yoga. I’m now planning to launch an exclusive and unique ayurveda centre in Kerala with state-of-the-art facilities, which can provide incomparable treatment for the needy. I travel to Saudi, Dubai and AbuDhabi frequently to monitor my company named MacPower. AVA Properties Pvt Ltd. has investment projects in progress at Tamil Nadu and Kerala which are being planned in accordance to international standards. Incorporating personal and family activities into your calendar is so critical and inevitable. I’m a family-man, I’ve designed a workspace at home too. Every year I travel abroad with my family. 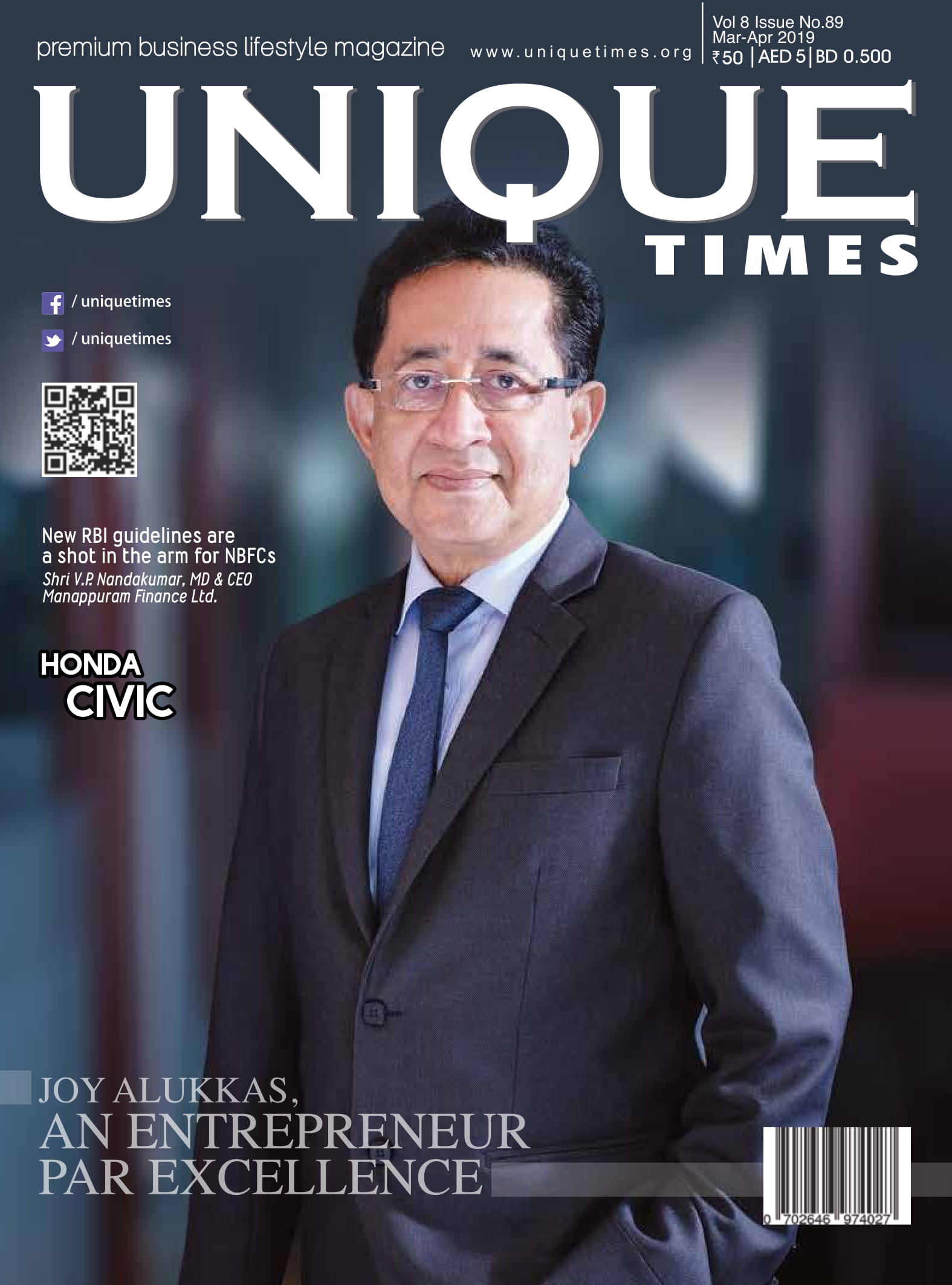 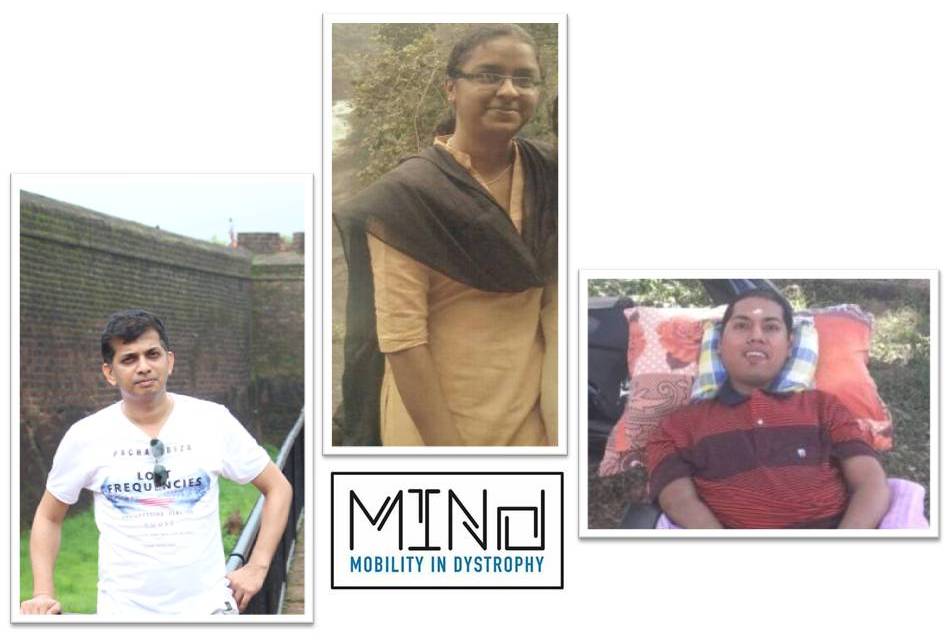 Minds behind the MIND