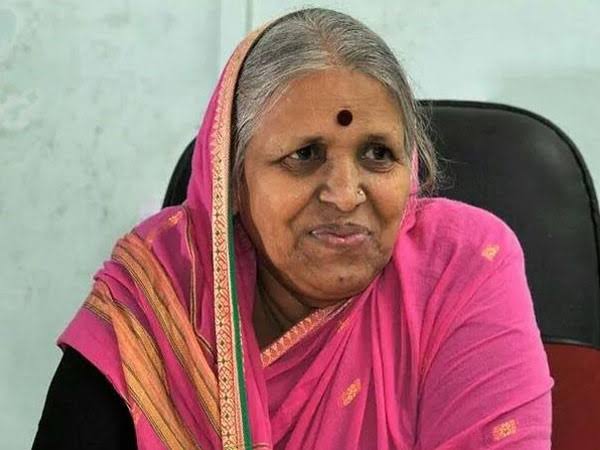 “Hunger made me speak. I am here for all those who have no one” Sindhutai Sapkal.

We have often heard People saying I want someone to be there for me. They forget that God is always there for us. Sindhutai Sakpal is like god figure to many. Hey all welcome to yet another video where we are going through the hardship and inspirational story of 71 year old Sindhutai Sapkal.

Sindhutai Sapkal, affectionately known as the “Mother of Orphans”, is an Indian social worker and social activist known particularly for her work in raising orphaned children in India. 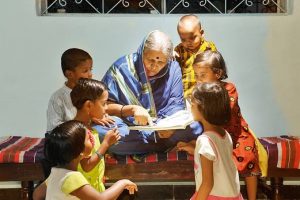 Sapkal was born on 14 November 1948 in a cattle grazing family in Maharashtra’s Wardha district. Being an unwanted child, she was referred to as Chindhi which means a “torn piece of cloth”. However, her father was keen on educating Sindhutai, much against the wishes of her mother. Abhimanji, Sindhutai’s father used to send her to school under the pretext of cattle grazing. She used the leaf of Bharadi tree as a slate as her family cannot afford a real slate. Submissive poverty, family responsibilities and an early marriage forced her to quit formal education after she successfully passed the 4th standard.

She got married at a tender age of 10 to a 30-year old man. Her abusive husband beat her up and threw her out of the house when she was 20 and nine-months pregnant. She gave birth to a baby girl in a cow shelter outside their house the same day and walked a few kilometres in that condition to her mother’s place, who refused to give shelter to her. She continued to fight for herself and her daughter’s existence and made train stations, cowsheds and cemeteries her home. 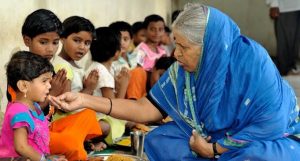 Sapkal has devoted herself to orphans. As a result, she is fondly called “Mai”, which means “mother”. She has nurtured over 1,050 orphaned children. She has a grand family of 207 sons-in-law, thirty-six daughters-in-law, and over a thousand grandchildren. Many of the children whom she adopted are well-educated lawyers and doctors. Some of her adopted children – including her biological daughter – are running their own independent orphanages. One of her children is doing a PhD on her life. She has been honoured with over 273 awards for her dedication and work. She used award money to buy land to make a home for orphaned children.

A Marathi-language film Mee Sindhutai Sapkal released in 2010, is a biopic inspired by the true story of Sindhutai Sapkal. The film was selected for its world premiere at the 54th London Film Festival.

On 8 March 2018 on Women’s day Sindhutai Sapkal has been honoured with Nari Shakti award 2017 from President Of India. This is the highest civilian award dedicated for Women. Sindhutai Sapkal has received around 270 awards from various national and international organizations. 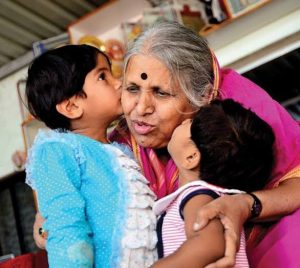 Sindhutai Sapkal’s life started as being an unwanted child, followed by an abusive husband who abandoned her when she was nine months pregnant. The circumstances she has faced could force anyone to lose courage and leave the hope. But Sindhutai emerged stronger with every difficulty she faced and became a ‘mother’ to over 1400 homeless children. We salute this brave lady and hope that the country gives birth to many such mothers and daughters. 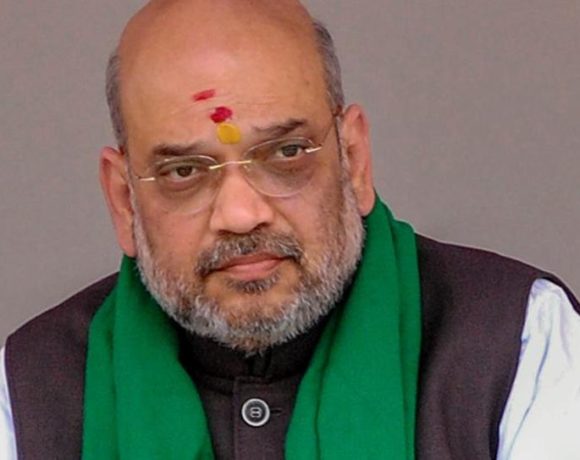 The time for ideas and quantum growth has come! – Unique Times