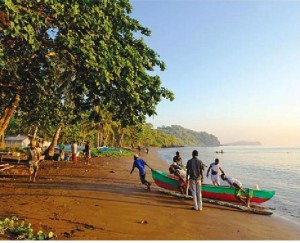 There is no wrong in falling in love with someone. When that ‘someone’ is an Island, it is unusual and is interesting. Actually, it is normal for a traveller to have a special feeling for a particular destination. Anyway, the aforesaid arguments are not intended to judge whether one should stop falling in love, but are aimed at bringing to our notice how lucky a French Island territory located in Africa is. Mayotte is the Island about which some interesting comments have been made above. She is an Europeanised African Island beauty who has many lovers, mainly travellers. She is being loved sincerely because her lovers know that she is actually white and progressive from inside even though she looks dark and conservative from outside. In this edition, let’s hear what more her lovers have shared with us about her.

Mayotte is an overseas department of France and, thus, an integral part of the European Union. Unlike many other overseas territories, this Island is not a conquered land, but a purchased land- this Island was brought by France from the sultan who was ruling the region at that time. Most of us probably wonder why this Island has not received independence from its European boss yet. Actually, those doubts are irrelevant. France is not who denies freedom to this Island, Mayotte is the one who prevents the European from breaking their centuries-old relation. Nearly two referendums have happened in the country to hear what Mayotte thinks about the concept of freedom. In both of them, the Mayotte people have overwhelmingly supported staying under the supremacy of their European ruler.

There is no doubt that the choice Mayotte made during the referendums has helped them enormously, especially in the economic front. This Island is one of the most economically developed regions in this part of the world. When one looks little closer, he/she understands that the benefits are not only limited to economic prosperity, but also extended up to internal and external security –the French military is responsible for the maintenance of internal and external security of Mayotte.

French is the official language of Mayotte. Unfortunately, only half of the population understands this language. The common languages of the Island are Shimaore and Kibushi. The travellers, who visit this Island unaccompanied with a local guide or local language expert, may face trouble in their communication with the local people.

Mayotte is one of the most densely populated Islands near Africa. All of its costal borders are heavily guarded by the French forces as the prosperity of this Island continuously prompts those living in the less developed regions around the Island to infiltrate into this Island. 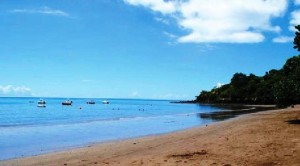 The climate of this Island is ideal for tourism. It experiences a tropical humid climate and its average temperature is less than 77 degree Fahrenheit or 25 degree Celsius. This pleasant climatic condition also provides a natural habitat for wide variety of flora and fauna. That is one of the reasons why this land is needed to be explored at least once.

This beautiful island is the land of beautiful beaches, mesmerising hills, vibrant art and culture, and friendly people. When all the other qualities are gifted to this land by the God, its art and culture are the contribution of all those who have been offered a place in the land’s lovable heart.

In all ways, Mayotte is rich. It can be called as a white spot on the leg of a dark giant. Though it is cruel to make such a statement as it indirectly means Africa is a dark continent, there is no other suitable statement to showcase how developed Mayotte is compared to other countries and Islands in this part of the world.

This African Island has everything to emerge as a promising tourist destination in the African continent. It has good climate, competent infrastructure, stable government, perfect security framework and beautiful destinations. If they explores that opportunity, they can easily get rid of their over reliance to France for their economic needs and, even, security needs (as a strong economy often contributes to the growth of a strong security system –internal, as well as external). 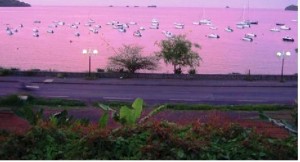 The Saziley nature reserve, the islets of Choazils and M’tzamboro, Mount Choungui, the Passe en “S” nature reserve, and the Combani reservoir and its fields of ylang-ylang are the most popular tourist destinations in this Island.

Mayotte is a perfect stop for adventure tourism. There are opportunities for trucking and hiking in this Island. Apart from that, it is an ideal destination to explore coral reefs, as it is located close to one of the biggest natural lagoons.

This Island and the sea around it is not only the home of homosapians, but also the home of turtles, dolphins, flying foxes, rare fishes and many such beautiful creatures.

Non-African travellers usually show less interest to taste the food items offered in the African land as the African cuisine is very different from the cuisine offered elsewhere. This Island is no different. The Mayotte people’s love for non-vegetarian dishes is well known. No Mayotte cuisine is complete without a fish-related dish; that much this Islanders love fish. Notably, fishing is also one of the main occupations of the Islanders.

Mamoudzou is the capital city of Mayotte. It is a coastal city. Mtsapere Mosque and Notre-Dame de Fatima church are the two prime tourist destinations in the city. There are several popular beaches in the city.

Koungou is the second largest city or commune in the Island. It is one of the populous cities. It is comprised of at least six beautiful villages. Each one is better and more attractive than the other.

Pamandzi is the commune where the Island’s one and only International airport is situated. Notably, it is actually a tiny Island located off the main Island of Mayotte.

Tsingoni is another important commune in the Island. Tsingoni Mosque is regarded the oldest mosque in France and, thus, in Mayotte. Travellers never miss the opportunity to visit this marvel erected in the year 1538.

This limited space is not enough to portray completely what Mayotte’s lovers has described about her beauty, culture, art and many more. Don’t miss any chance to get a glimpses of this beauty.

Spending some time with a ‘strange’ crocodile