In August 2010, the RBI first released its discussion paper seeking views on the issue of new banking licenses. More recently, in February 2013, the RBI came out with detailed guidelines on the eligibility criteria for these new licenses. Corporates and public sector entities with a track record of 10 years or more can apply for the licence. The initial paid-up capital for new banks has been set at Rs 500 crore and applications have to be submitted by July 1, 2013.

Not surprisingly, the well-run NBFCs have come under the spotlight, given the perception that the large NBFCs are particularly well placed to take advantage of this opportunity to convert themselves into banks and move into a higher orbit.

However, I hold a contrarian point of view and believe that converting an NBFC with a successful track record into a bank is not the great idea it’s made out to be. There are hidden costs involved which should make one tread cautiously.
Banks and NBFCs
India allows only full-service banks to operate. Narrow-focus banks or banks specialising in a particular area or activity are not allowed. Therefore, any new bank starting out today will have to carry out the full range of activities of a commercial bank. Moreover, it will also have to maintain stipulated CRR and SLR and adhere to priority sector lending norms (up to 40 percent of net bank credit). At least 25 percent of branches are to be located in rural and semi-urban areas.

In contrast, NBFCs are less tightly supervised than banks, so they have greater operational flexibility. At the same time, cost of funds for NBFCs is higher than that of the banks because they do not have access to current and savings account (CASA) deposits. To overcome this handicap, and to gain competitive advantage, India’s NBFCs have evolved largely as single-product companies with strong core competency in their chosen area. It’s a sensible strategy because without core competency there’s no survival. The focus on a single product gives extra insights into the nitty-gritty of the business which in turn fosters innovations that add value to their products. In this way, they are able to win (and retain) customers despite their higher costs. It’s a fact that NBFCs in India have grown largely by creating new markets through innovations, and single-product NBFCs have contributed significantly to India’s economic growth.

Focus and Core Competency
Consider the example of Shriram Transport Finance Company Ltd. (STFCL), widely regarded as the most successful and well run asset financing NBFC in India today. The company has assets under management (AUM) of over Rs.40,000 crores mainly in truck financing, of which over three-fourths is deployed in the financing of used trucks.  Before Shriram came into the picture, mainstream lenders would not touch the used truck segment. In fact, they do not venture into this territory even now because it remains an unviable business proposition where too many risks are involved. To begin with, valuation of the asset (an old truck without an invoice) is problematic. Having handed over the money, you are never sure where the truck is at any given point of time, so enforcing your security is difficult. Moreover, you are dealing with a sub-prime borrower (typically a truck-driver aspiring to be a truck-owner), who has little by way of assets to back up his dreams.

It is to STFCL’s enduring credit that they ventured into areas where others feared to tread and for having made a huge success out of it. Early on, they recognised that this business could only be built on relationships, not due diligence. And so, for loan recoveries they prefer to rely on relationship management rather than post-dated cheques. The company has over 4,000 field officers managing 150-200 customers each. Every month, they collect as much as Rs.750 crore from over six lakh customers, of which about 60% is collected as cash.

Having extended finance for a used truck, the company goes out of its way to finance tyre replacements and engine overhauls. They are flexible in their EMI schedule to account for large payments like road tax etc. because they realise that their loans are secure only so long as the trucks are running. The company has also invested in workshops where the used trucks that their borrowers would like to sell off are first refurbished so that it fetches a higher price which helps the borrower to go for a newer truck, financed (of course) through STFCL.

All this is recounted merely to demonstrate how extraordinarily innovative STFCL has been and how much it has gone out of its way to be relevant to its customers. STFCL could accomplish so much is because they remained a single-product company and never lost its focus.
Likewise, the Kerala-based gold loans NBFCs are another example of single-product companies that have overcome great handicaps and innovated their way to growth. The pioneering role played by the Housing Development and Finance Corporation (HDFC) in the area of housing finance is well known and needs no repetition.

Why should NBFCs convert into Banks?
Let’s look at the conventional reasons given in support of the idea.
Cost of funds: Firstly, NBFCs have a much higher cost of funds because, unlike banks, they do not have the benefit of current and savings account (CASA) funds. The moment you become a bank, you can raise interest free or very low cost funds through current and savings account balances.

Looking at the established banks, it is seen that CASA deposits can go up to as much as 50% of total deposits for the established banks while in the case of the newer entrants it would be about 35%. CASA is a huge advantage because the average interest paid on these balances would be less than 2%. However, a new entrant to the banking field would take time, at least about seven years or so, before they can raise CASA to these levels. What’s more, the benefits from CASA have to be weighed against the opportunity cost in maintaining the stipulated CRR and SLR, currently at 4 percent and 23 percent respectively. This effectively means that a fourth of your CASA is locked up in relatively low yielding gilts, thus blunting the advantage of CASA to an extent.

Also, as against the seven years or so required to raise CASA to meaningful levels, the window available to these new entrants in the matter of full adherence to priority sector lending norms is much less.  Banks are obliged to maintain up to 40% of their net bank credit as loans to the priority sector and also open at least 25% of their branches in rural and semi-urban centres. The costs imposed by these conditions would be felt much before the full benefits from CASA deposits are realised. This is a critical concern for a new entrant into banking.

Regulatory stress: Secondly, NBFCs continue to face regulatory stress, with step-motherly treatment by the RBI. It takes the form of tight norms and strict controls on what is permissible and not permissible. Further, that State Governments also claim the right to regulate NBFCs with stringent laws that make business all but impossible. Consequently, NBFCs operate under a constant state of uncertainty which makes life difficult for them. Converting to a bank in order to fall fully within RBI jurisdiction makes sense if only to be rid of harassment by state governments.

Concentration risks: Thirdly, from a regulatory perspective, the NBFCs have grown to such an extent as to be recognised as “systemically important”. There is the worry that single product NBFCs would face concentration risks, arising from their narrow focus on a single activity.

What are the risks?
Notwithstanding the above advantages, there is a real risk of focus being lost with potentially adverse impact on future performance. As the new banks are expected to provide the full range of banking services, the core competency of a single product NBFC will be lost as a bank. Having built up a track record based on innovations, you end up becoming just another me-too bank.

In this context, there are two examples that come to mind and they happen to be a study in contrast.

The first of these is Kotak Mahindra Finance Ltd. (KMFL) and its conversion to a bank as Kotak Mahindra Bank Ltd. in 2003. As an NBFC, KMFL was hugely successful and considered one of the top NBFCs of those days. Today, as a bank it is well reputed but not in the league of the top performing banks in India. From the point of view of its shareholders too, it has been a let-down. As an NBFC, KMFL had delivered spectacular rewards to its shareholders. As a bank, the record has not been the same. On the other hand, when HDFC ventured into banking, they promoted HDFC Bank Ltd. as a separate entity. The outcome was different. While HDFC Bank has been very successful (it’s considered to the best private sector bank in India), there has been no let-up in the performance of the parent. HDFC continues to do well and reward its stakeholders.

Conclusion
In the context of examples of NBFCs venturing into banking, there is a Kotak model and there is an HDFC model and compared to Kotak, the path followed by HDFC is the smarter choice.
As for Manappuram Finance Ltd., we have succeeded as a specialised gold loans company and it may not be a good idea to put it to risk by hasty conversion into a bank. Until the RBI opens up to the concept of specialised or narrow focus banks, Manappuram may be better off as an extraordinary gold loan NBFC rather than as an ordinary bank.

One more airline to start direct flight from kochi to Malaysia 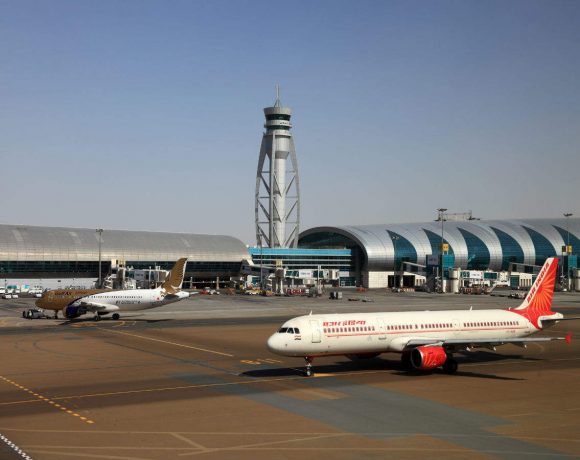