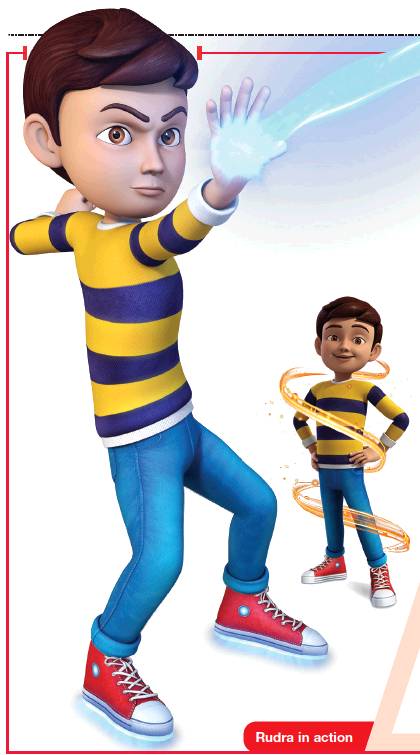 Everybody these days love a little bit of magic in our lives. Here is an all-new cartoon comedy series that’s framed to give a magical experience to the viewers. Nickelodeon is all set to bang the kid’s lives with splendid of magic. After Nicktoons entertainment shows like Pakdam Pakdai, Motu Patlu, Pakdai, Shiva and Gattu Battu, the fifth originally crafted from India version of ‘Magic Rudra – Boom Chik Chik Boom’ is going be aired on every Monday to Friday on Nickelodeon at 7:25 PM (IST). The show promises to have a combination of adventure, comedy and fascinating magic and it is promoted to be India’s first magical animation series for kids.