For years, Honda has shown the world, how you can make a small, light weight, good looking car and still manage to carve out enough space for five passengers and their luggage. No other car does it better than the Jazz – the global super mini that shares its platform with the Asia specific Honda City. Sold in 75 countries, over 5.5 million of these practical hatchbacks have been sold ever since it first came out in 2001. We had an exclusive drive of the new model and here is what to look forward to in this one.

The unmistakable monovolume shape remains, but with new headlamps, a larger grille and sportier bumpers, the Jazz looks contemporary. The sides have strong character lines that lead to the rear. The LED tail lamps look very detailed and the hatch door extends down the bumper. Reflectors on either side of the rear glass complete the tail lamps that look a bit Volvo-ish. The car is 55mm longer and has a wheelbase extended by 30mm – both leading to even more space on the inside.

The Jazz, like its previous generation, still remains the most versatile hatchback by a country mile. Not only does it offer good space for all its passengers, there is loads of storage space. We counted 9 cupholders in that cabin. The centre console extends all the way to the middle of the car and has lots of cubby holes on it. The door pockets are generous too, now able to hold thick water bottles. The dashboard design is similar to the City and plastics aren’t the best in its class, but the overall cabin has a feel good factor. The centre console has the audio system with Bluetooth telephony and reverse camera, below which is the touch operated climate control system, both carried over from the City. The top end version gets a larger 6.2 inch audio system with additional functions such as satellite navigation. The engine start button has been deleted from our cars for a later facelift, and in its place is a blanking plate.

The front seats are wide and supportive enough for long drives. The rear seat is low on thigh support but is wide enough for three. It also has the bottom squab lifting upwards for added flexibility, but Honda has decided to give this option only to the top end version. The top end version also comes with all black interiors, as opposed to the black and beige combination of the other variants. The additional wheelbase and length have led to even more space on the inside. The front shoulder room has gone up by 35mm, rear tandem distance by 80mm and knee clearance by 65mm. The rear legroom has also seen an increase of 115mm. At 354litres, the Jazz also has the biggest boot in its class.

The new Jazz feels much more grown up than its predecessor especially in the way it rides and handles. There is an underlying firmness that is typical of most Hondas, but it soaks up bumps better than before. The front suspension felt more composed in the diesel with its stiffer springs and extra weight. The rear appears slightly less tied down in comparison. The steering is a bit too light to our liking, but the chassis has better dynamics that make it fun. The car has a new found agility and composure that was missing in the previous generation.

The 1.2 litre petrol engine, carried over from the previous Jazz is the same as the one in the Brio and Amaze. This L series motor sounds good on paper with 90bhp and 11kgm torque, but in reality, it feels slow and underpowered, especially if you are used to the Brio which is about 120kgs lighter. It needs to be revved hard for any real poke. The lack of low end can be an issue in stop and go situations. Beyond 3000rpm, it pulls well. The good news is, it is a refined motor and revving the nuts off this one is still a pleasure.

The diesel on the other hand, never feels like it is lacking in pulling power. It has 99bhp and 20.4kgm torque. The engine has no perceptible turbo lag and pulls cleanly off the line. The six speed manual transmission is made shorter to help low end performance. The only thing wrong with the diesel is…you guessed it – the refinement or rather, the lack of it. Although it doesn’t feel as noisy as in the Amaze, it still sounds clattery and unrefined for the rest of the car.

There is also an automatic variant of the petrol with an automatic transmission. Unlike the Brio, this isn’t a torque converter automatic, but a CVT much like the current City. Although we couldn’t spend as much time as we desired with this one, it impressed for the most part. It makes the least out of city traffic, with the engine pulling cleanly from idle revs. There are paddle shifts to shift between seven artificial ratios, and it responds reasonably well to them. It doesn’t leave you much cause to complain except when you demand too much throttle and the gearbox’s rubber band effect comes to play.

Honda has got its product right. The new Jazz may not be the most fun to drive or the most powerful, but it is a terrific product given its versatile nature and spacious cabin. The previous Jazz was good too, but lack of proper localization (then 72 percent) meant it couldn’t be priced well. Honda aims over 90 percent localization with this one and we expect a killer pricing for it when it gets launched in July first week. 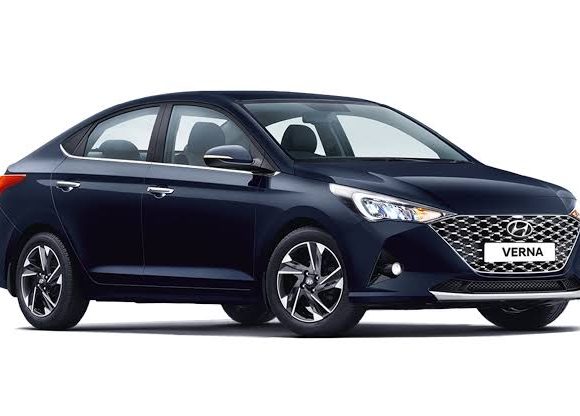