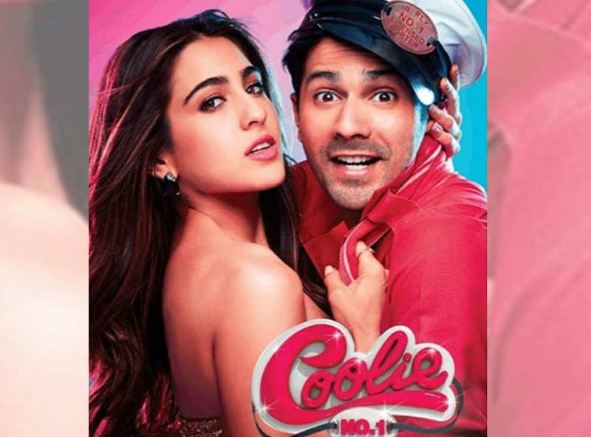 The first look poster of the movie ‘Coolie No 1’ was unveiled starring Varun Dhawan and Sara Ali Khan as the lead on her birthday. In the poster we can see Varun in an animated and goofy avatar on the other hand Sara, simply stands out in her glam-chic look that is nothing short of a movie star.

The film is the 1995 remake of Govinda and Karishma Kapoor of the same name, with a new twist to the story where we can see Varun don the red coolie uniform while Sara presumably takes on the part of an uptown girl. The makers of the movie released two posters brings out the best character’s traits.

In one of the posters Varun will be seen in his coolie form, on the other poster he will be seen getting up close with Sara as they give a nod to the original franchise by donning the white hat.

On Sunday Varun hyped his fans by releasing the first look by treating fans to a teaser motion poster. As the poster doesn’t reveal his face, but it shows him struggling to hold up a stack of designer bags.

The film is directed by David Dhawan and has currently started shooting in Bangkok. The film is scheduled to release on May 1, 2020.

‘Kunjeldho’: Asif Ali’s Next venture to release on February 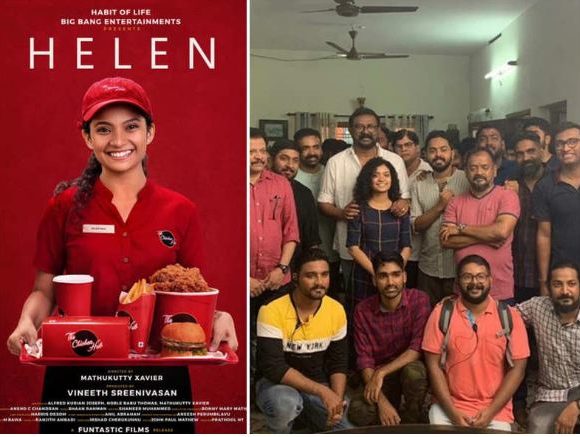