A few days back on a Sunday morning I received a call at around 6.30am in the morning. I was quite irritated as on Sundays I am a very religious man. God had worked for six days for the creation of the world and then took rest on the seventh day, so the Bible says. I religiously follow this part of the bible and for me also Sundays are meant for rest. Normally I don’t wake up at least up to 8’O clock.  But as I picked up the mobile phone my irritation turned to joy as it was a call from a dear friend of mine, calling me to inform that he and his family would be joining us for lunch that day.   Normally my wife does all the shopping. But as it was a Sunday and I wanted to treat my friend very specially I decided to do the shopping myself. Taking a thousand rupee note out of my purse I asked my wife for a big shopper bag.  My wife laughed at me and said “if you are carrying just thousand rupees to the market you don’t need a shopper bag, your pocket itself would be sufficient”. Thinking it was her way finding reason for not getting out of bed early on a Sunday morning I walked out furiously. But once I reached the market I was shocked that my wife was right. As a banker I knew and looked upon inflation numbers as mere percentages. As a home maker my wife had practically experienced the impact of reduction in purchasing power of money.

For an “Aam Aadmi”    inflation   definitely has been a cause of worry. People have been looking at safe financial investment products that can provide return above the inflation rate. The absence of such products have seen savings flowing to investment in gold, thereby increasing its import and adversely affecting our current account deficit.  It was keeping these in mind the Union Finance Minister in his Budget Speech 2013 proposed for the introduction of Inflation Indexed Bonds ( IIB) .  Accordingly the first tranche of IIB were issued in the month of June 2013 for Rs. 1000 crores . The issue was however largely subscribed by large institutional investors such as pension funds, insurance and mutual funds.  However, for the retail investor, new series of bonds are expected only by next quarter.

Features of the first series of Inflation Indexed Bonds

IIBs will be having a fixed real coupon rateand a nominal principal value that is adjusted against inflation.  Periodic coupon payments are paid on adjusted principal.  Thus these bonds provide inflation protection to both principal and coupon payment. At maturity, the adjusted principal or the face value, whichever is higher, will be paid.  The interest, however, would be paid to the investor from time to time depending on the terms.     Final Wholesale Price Inflation(WPI) with four months lag will be used for providing inflation protection.   i.e. Sept 2012 and Oct 2012 final WPI will be used as reference WPI for 1st Feb 2013 and 1st March 2013, respectively. These bonds will be issued by auction method. To begin with, these bonds will be issued for tenor of 10 years, though bonds with other maturities are also planned.

How do inflation indexed bonds work?

Inflation indexed bonds and alternate investments for hedging inflation
Gold has traditionally been a hedge against inflation. But the volatility in the price of gold recently has developed a situation in which currently   investment in gold might not even offer any capital protection. Inflation indexed bonds offer capital protection and can also be used as a hedge against inflation rates. Real estate is another are where people invest as hedge against inflation. But capital for such investments is huge and cannot be easily affordable by many. Transaction coast, legal complications and lack of liquidity also acts as a deterrent for many people from investing in real estate.

IIB – Is it a real hedge against inflation

Theoretically speaking IIBs can be a hedge against inflation.  But practically is it so? It is a well known fact that Consumer Price Index (CPI) is a better representative of the purchase power of individuals.  Those who have been tracking inflation numbers also known that currently CPI is at 9.39 per cent and WPI is at just 4.89 per cent. In other words there is almost 5% difference between WPI and CPI. Currently inflation indexed bonds are linked to Wholesale Price Index and thus from the purchasing power point of view of individuals they still stand to lose.   From the retail investor’s perspective, linking the interest with CPI is more beneficial compared to linking it in WPI. If done so it can act as an alternative investment to gold as a hedge against inflation.

Inflation indexed bonds are currently linked to WPI and not CPI. The RBI has announced its plans to roll out inflation indexed bonds linked to CPI in the near future. The CPI linked bonds will have a better advantage over WPI linked bonds. During periods of deflation, adjusted principal can be   less than the original principal.  This could affect the periodic interest payments. But as the amount payable on maturity is the adjusted principal or initial amount paid, whichever is higher capital protection is guaranteed.  A secondary market has to be developed so that individuals liquidity is not affected. The interest will be subjected to income-tax.

As of now purchasing IIBs is not easy. It should be linked to CPI and made available to the retail investors through post offices or banks etc. Active secondary market has to be developed for these bonds so that adequate liquidity is provided to the retail investors. In such a scenario the amount received by sale in the secondary market could enjoy the benefit of cost inflation index especially if they are sold after three years.  The product features and market is just emerging for the IIBs. But I feel it would be an interesting space to keep an eye on so as to protect your hard earned savings from inflation.

The author, jiz p kottukappally, is working as Asst General Manager, Catholic Syrian Bank and the views expressed are the personal opinion of the author. Author can be reached at jizpauls@gmail.com 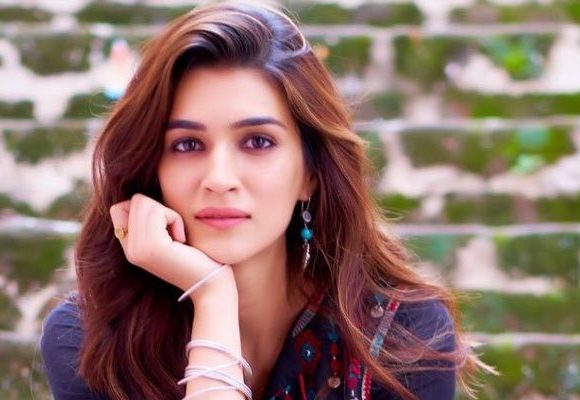 Kriti Sanon and her cooking venture