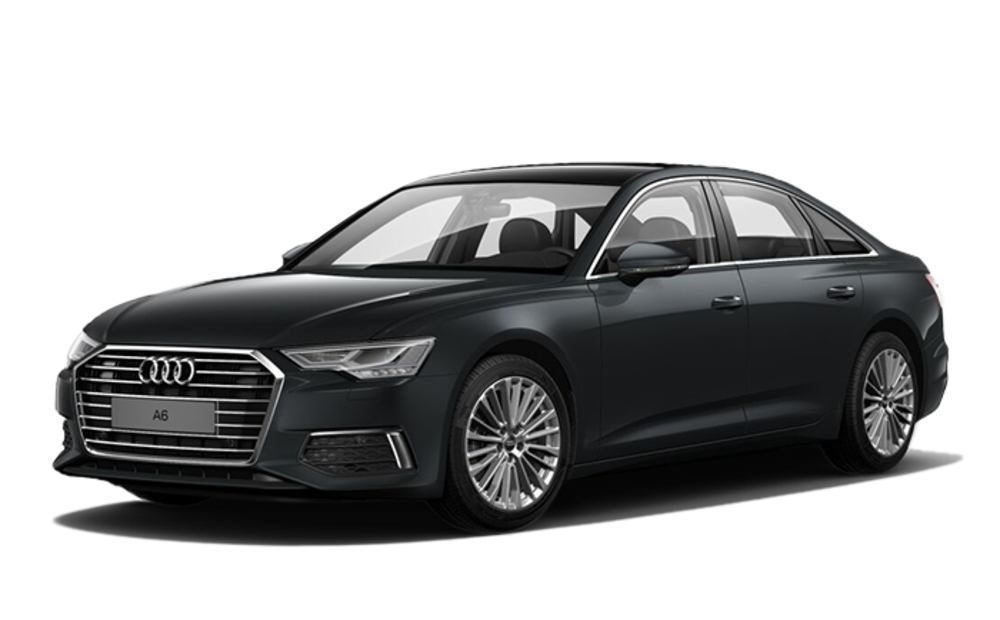 The coveted luxury arm of the German automobile giant Volkswagen, has been in India for the
better part of a decade now. Starting off by selling imports in small quantities, the brand rose to
popularity and was the leader in luxury car sales in 2012-13 period. The brand had then gone silent
with no new mainstream model launches since the Q5 in Jan 2018. Audi India isn’t at the best
performance in terms of sales right now, but they are hoping this new A6 would get them back in
the game. 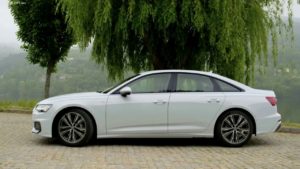 Called the C8, this fifth generation of the A6 came out globally in 2018 and it took Audi its sweet
time to bring it to our shores. Unlike the E class, which is only available as the long wheelbase
variant (except in the E63 AMG guise), what we get is the standard wheelbase of the car. It is
dimensionally very similar to the outgoing model with 7mm, 12mm and 2mm added to the length,
width and height respectively, with another 12mm stretch in the wheelbase department. To the
uninitiated, it might look like a facelift of the old car, with similar proportions. But, look closely and
you appreciate the details. The front end looks sharper, and the lines are all much more pronounced.
The body has more creases and the lighting elements have more details inside them. The
characteristic front end has a new larger grille that extends all the way to the lower bumper. The
rear has a more elongated look to it. It doesn’t have the purposeful stance of the older car and now
sits higher on slightly thinner tyres. 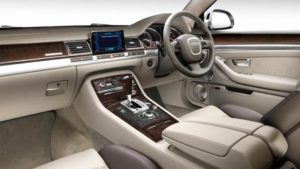 Inside, you notice the changes are much more profound. It gets a new layered dashboard with the
new Audi MMI interface with twin touch screens in addition to the digital instrument cluster. The
interface is all new and the infotainment system is very intuitive to use. It has haptic feedback to
help you along, but using the lower screen while driving isn’t easy. The steering looks good and is
great to hold, and so are the controls around it. Quality levels are good, but these days, with equally
good competition, this don’t feel exquisite like it did in past Audis when they came out. What Audi
does best, is the digital driver’s display which can show a multitude of information including maps,
and that is easily the best in the segment. The boot capacity is 530 litres and unlike competition,
Audi has its space saver spare wheel neatly tucked underneath the boot floor. The seats are
comfortable, although we would have liked a bit more back rest angle at the rear. There is a
prominent transmission hump, which means a third passenger wouldn’t be very comfortable in the
middle. The front seats don’t get ventilation although you get four zone climate control. The rear sun
blinds on the doors are manually operated and you don’t get 360 degree cameras, features that the
competition does offer.

It might seem that Audi has taken a step back in the driving department too. To begin with, you only
get a four cylinder petrol engine, the air suspension with their dynamic dampers is gone and so is the
quattro all wheel drive system. You also get thinner 225/55 R18 tyres in place of the wider 245/45
R18 tyres in the older car. There is only one petrol engine on offer, and there isn’t a diesel. Called the
45TSI, which is Audi speak for a medium level performance trim, this 2.0 direct injection four
cylinder turbo petrol has 245bhp and 370Nm. The engine is a willing performer although in this
segment, you would wish for a six cylinder or even a torquey diesel. It is easy to drive around town,
has impeccable refinement at low revs and builds up speed quite well given its size. The 7 speed dual
clutch automatic gearbox is quick to respond, although it feels it has been made to shift a bit
smoother than in other applications.

The switch to steel springs isn’t as bad as it sounds, though. There is less complexity, less risk of
things to go wrong considering how much the suspension has to work overtime given our bad roads.
The springs and dampers are well chosen and the car has a good balance between a comfy ride and
handling. The ride quality is very good and it takes a lot to unsettle the A6. Grip, on the other hand, is much lower because of the switch to front wheel drive and thinner tyres. The steering and ESP are
better than before, but it is not a car you want to drive fast. Switching between driving modes,
doesn’t make much difference either, now that it doesn’t have dynamic suspension to stiffen up.
Audis never had the steering feel to match, but the outgoing A6 with the 3.0TDI, complete with air
suspension and Quattro was on another planet.

The new Audi A6 is the jack of all trades car, something you can live with every day, and will do its
luxury car duties quite well. It is comfortable, it looks good and although, you don’t get another
engine option, the one it comes with, works adequately well. Still, you get the feeling that Audi
hasn’t quite done its best with it. It is not the technological leap forward as we would have hoped
and in fact, it has gone the other way for us. And while it all works, we can’t get our head round the
fact that it has lost out on many things that made the older car special. Two extra screens on the
dash won’t do it for us, what good, proper mechanical hardware can give on the road. Give us back
the V6, all-wheel drive, dynamic dampers and wider tyres.