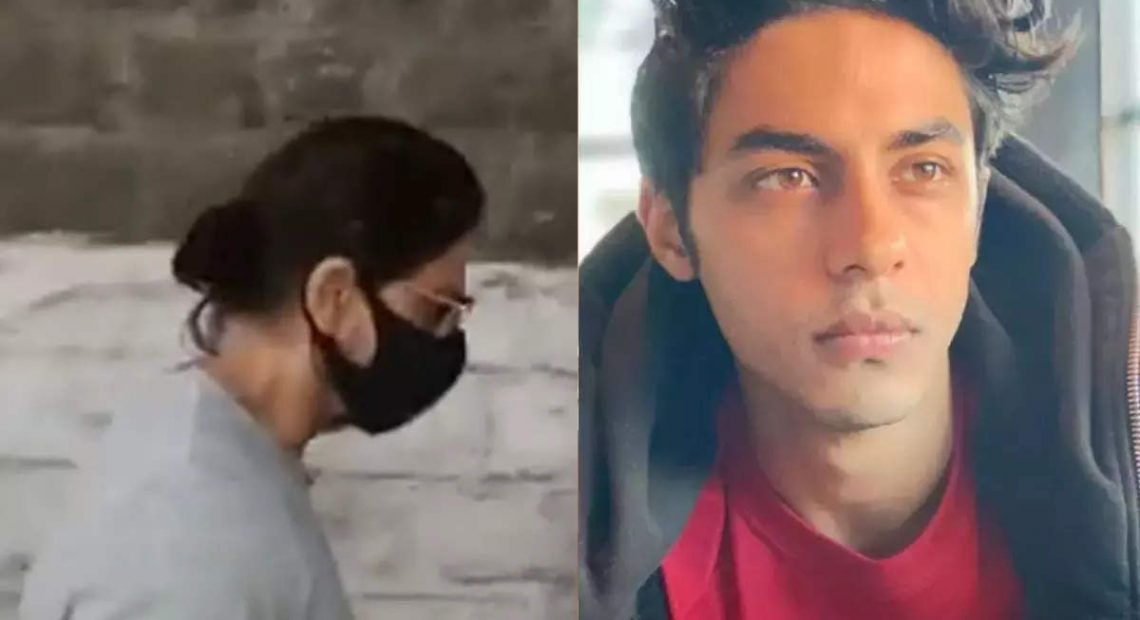 Shah Rukh Khan arrives to meet his son Aryan Khan, who is in judicial custody in a drug party case on a luxury ship. Shah Rukh Khan met Aryan at Arthur Road Jail. This is the first time the two have met in person since the arrest. Aryan has been in jail for the past three weeks.

Aryan Khan’s bail application was rejected by a special NDPS sessions court in Mumbai yesterday. The court also rejected the bail pleas of former co-accused Dhamecha and Arbas Merchant along with Aryan Khan. It was after this that Shah Rukh Khan came to the jail to see his son.

The Narcotics Control Bureau (NCB) had filed in court a chat with an Aryan newcomer actress in connection with a drug deal. During the two day hearing, Aryan’s lawyer asked for bail in view of the fact that no drugs were found in Aryan Khan. But the NCB was arguing that it had received evidence of links to the international drug mafia from WhatsApp chats.

Aryan Khan, who was arrested on the third of this month, is currently lodged in Arthur Road Jail. The Narcotics Control Bureau has so far arrested 20 people in connection with the case. NCB officials had revealed that Aryan Khan had told them during jail counseling that he would no longer do wrong and would work for the poor. Meanwhile, there was another big drug hunt in Mumbai. 7 kg of heroin worth Rs 22 crore was seized. A woman has been arrested in the incident.