The Supreme Court of India on last day had strongly attacked the centre government for the delay in clearing the recommendations suggested by the collegium on the higher judicial appointments.The court questioned that whether the centre tries to put the country’s judicial system in a complete crisis by blocking the recommendations given by the collegium on the transfer and appointments of judges. Moreover, it reportedly warned that the court would not hesitate to do a direct confrontation with the ruling government if it continues to behave in this way. The Attorney General, Mukul Rohatgi, represented the centre government in the top court. He tried to defend the centre government, saying the issue would be immediately taken to the higher administrative level. It seems that the court was not completely satisfied with the AG’s assurance. The SC bench headed by the Chief Justice, T.S. Thakur, claimed that the preponderance of the High Courts is functioning with below forty per cent of their deserved judge-strength. In addition, it pointed out that people are helplessly serving in prisons for years without a hearing. Finally, it requested the centre government to send back the dossier if they have any problem with the collegium’s suggestion. It assured that they would look into it. The SC bench was hearing a PIL filed by Lt. Col(retd) Anil Kabotra. Advocate Anirudh Singh represented the petitioner in the court. Earlier also, the SC Chief Justice had made a similar request to the centre government regarding the judicial vacancies during a convocation function on last April. 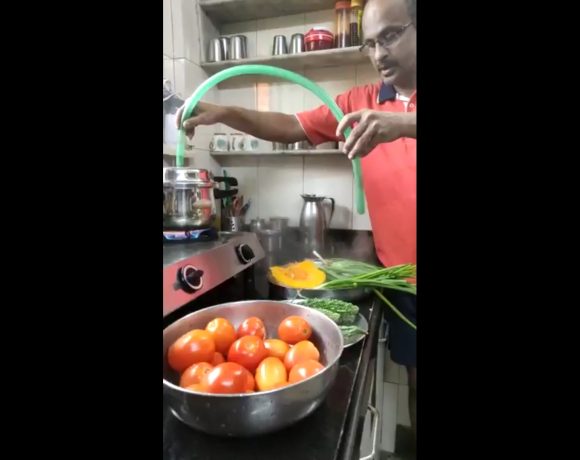 Indian Jugaad to sterilize vegetable during this crisis period