Businessmen love to dream and strive to see that dream come true. It is unfair and wrong to simply categorize them under the dreamer’s category in which no businessman wish to enter. There is a concrete reason to that argument: the businessmen not only dream but also articulate feasible action plan in their mind on how to achieve the success.

When Prakash Parakkat, the chairman of Parakkat Jewels LLC, envisaged a plan to start a jewellery business, he had a clear vision and an action plan. Each step he took was visibly perfect, firm and well calculated. Initially, he ventured into the ‘pure gold’ business by starting two showrooms at Kalady and Sreemoolanagaram. It was the beginning.

The businessmen sometimes feel some intuitions when they confront a new idea. Those intuitions demand the businessmen get out from their comfort zone. Very few businessmen have the courage to lend their ears to such intuitions because very often businessmen try to settle in those points where they feel extremely comfortable.

But, there are few who devotes their life to tame the unfriendly waves. They love challenges. For them, nothing is impossible. The reality that there is a solution to everything is their driving force. They conquer unconquered destinations and find unexplored wealth. The ultimate success belongs to them.

It took no time for Mr Prakash to realise that his future is in the ‘one gram gold layered ornament’ business when he was initially introduced to this idea by his intuition during his visit to an exhibition.

It was a revolutionary move and a challenging decision. After doing a well-studied and well-analysed market research, Mr Prakash moved his pawn calculatedly.

His first ‘one gram gold layered ornament’ showroom that he opened in the heart of Ernakulum, was an instant success. It was the result of determination and hard work.

Notably, by the time he unveiled his showroom at MG road, Ernakulam, this kind of ornaments was familiar to the customers. He was not working in an uncompetitive sector. Even though there were several experienced players in the sector, his showroom was always crowded with enthusiastic customers. The reason was that when others targeted profit, his only aim was to give quality products at a reasonable cost. Instead of using the harmful metals such as nickel and chromium to make this kind of ornaments, he used the harmless metals such as copper and silversin his products.

The customers admired the reality that the products sold in the Parakkat jewellers are not giving any irritation to their skin unlike the other similar products.

It was enough for the company to get into a growth phase. Now, the company has nearly fifty such showrooms across the world. It has showrooms even in countries like Dubai, Bahrain, Muscat, Sharjah and Kuwait, and in the Indian cities such as Mangalore, Bangalore, New Delhi and Madurai. It also has numerous outlets across Kerala including the one in the prestigious MG road, the prime retail hub in Kochi. The main advantage of the ‘one gram gold layered’ ornaments sold in the Parakkat jewellers is that it is possible for the customer to use these ornaments throughout their lifetime without losing the shining and quality unlike other similar products.

The company’s second brand, Kalyani Jewells, which offers a remarkable triple warranty, has been named after Prakash’s mother, Kalyani. Mr Prakash believes that his mother’s blessing is the key to his success. He owes his life to his mother who struggled hard to pave a bright future for him who lost his father at the age of four.

Another important peculiarity of the company is that it also does personalize ‘one gram gold layering’ work. The brand ‘divisti enjoy the divinity’ under which the idols are sold has become a popular brand within a short span of time. He has successfully diversified his business. He has investments in the real estate sector as well as the tourism and hospitality sector. The Parakkat Nature Hotel and Resort, Munnar, is a beautiful resort offering a world class experience. Each and every minute elements of this resort extensively showcases the elegance of the Parakkat group. It has classic rooms, superior rooms, premium rooms and club suit rooms. The price of the rooms ranges from 6500 rupees to 15000 rupees. The resort also has Trekking road, Nature walk, Jeep Safari, Fish pond, Tea garden visit, Spice plantation visit and Cave visit. There is no adequate word to perfectly describe the scenery offered by this place. The resort is in fact located in the heart of the tea plantations. The splendid view of the plantations and the nature provided by this place is worth appreciable and notable.

It is a perfect place for the family trip, board meetings, corporate meetings and international as well as national conferences. The resort, which holds the No. 1 position in the travelers rank in Trip Adviser is also nominated for the World Luxury Hotel Award. Mr Prakash is a philanthropic person. The unique pension program launched by him gives support to nearly one hundred families.   The Parakkat group has a huge plan for the future. It aims to venture into the building material, household material and LED sales sector. Its plan is to import these materials and distribute to the customers directly.

He is blessed with a supporting and caring family. His wife, Preethi, actively takes part in all the business activities of the company including the jewelry design. The couple has two sons: Abijith and Abishekh. Hope this article will help many to take up the challenging business career. The extraordinary story of this ordinary man is worth admirable.He is neither a superhuman nor a person born with a huge fortune. Hard work and dedication help him to tame the unfriendly wave of challenges. 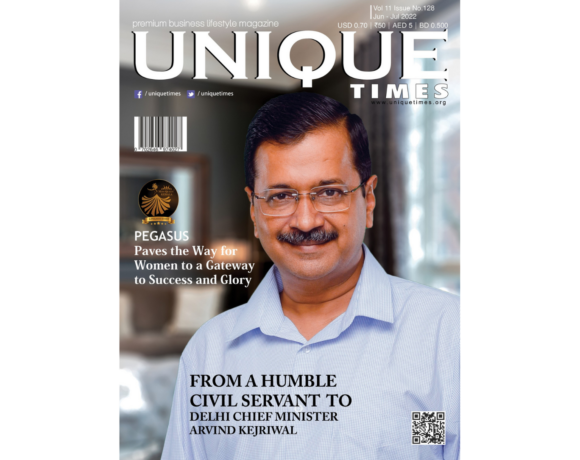