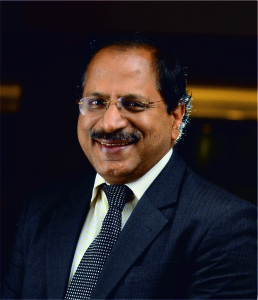 It is fair to say that the US president, Donald Trump, does not enjoy a good reputation with the national and international media. If you go by the sheer volume of news reports and articles critical of Trump’s policies and pronouncements, it may even seem as if he is incapable of doing anything right. A large part of this distrust has to do with Trump’s penchant to say things that many would consider politically incorrect, or which strike at the very roots of the established world order. This gives rise to an impression about him of recklessness in both words and deeds.

When Donald Trump was campaigning for the presidency, he had said he would unilaterally impose higher tariffs on imports from important trading partners like China, the European Union, Mexico and Canada, should these countries refuse to lower tariff barriers on their imports from the US or dismantle other unfair trade practices. His declared objective was to bring manufacturing jobs back to the US that, over the years, had been lost to China and other countries. It was his belief that the loss had come about only due to unfair trade practices adopted by these countries. As for the Chinese, he also faults them for not doing enough to enforce intellectual property rights of American companies.

When Trump became president, he kept his campaign promises and abandoned the Trans Pacific Partnership and also announced the renegotiation of North American Free Trade Agreement (NAFTA), the trilateral trade bloc with Mexico and Canada. The United States has long championed free trade and Trump’s unabashed endorsement of protectionism did not go down well with the rest of the world and further cemented Trump’s reputation as a maverick and loose cannon. 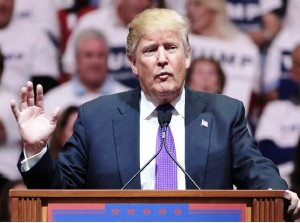 Before considering whether Trump is right or wrong, we need to look at US-China trade statistics over the years to get a sense of what Trump is talking about. Take a look at the table below:

President Trump was now ready to act on his words. His goal is to revive manufacturing in America in order to reward the white working class demographic that was his support base during the 2016 elections. On June 15, he fired the opening salvo by announcing 25 percent tariff on $34 billion of Chinese imports.  China responded in kind, imposing 25 percent tariff on $34 billion worth of imports from the US. The US has threatened China with tariffs on more imports to which the Chinese have said they would respond giving rise to concerns about a full-fledged “Trade War” between the US and China.

“These tariffs are essential to preventing further unfair transfers of American technology and intellectual property to China, which will protect American jobs,” Trump was quoted as having said. Trump believes that China has long used unfair tactics to overcome America’s technological superiority such as outright cyber-theft and compelling American companies to give away technology in exchange for access to China’s market. The tariffs are meant to force China to mend its ways. With higher prices of imported Chinese goods, the competitiveness of Chinese firms would fall. With lower trade surpluses, the Chinese economy would weaken and their government would eventually be forced to implement policies to create a more favorable environment for US firms operating or selling in China.

While the rest of the world looks on Trump’s actions as motivated by narrow selfish interests, it is important to acknowledge that persistent and prolonged trade imbalances of the kind that the US is facing (with China and the EU) is actually a fault line in the global economy, that can potentially tip the world over into another financial crisis. It is worth recalling that the starting point of the US sub-prime crisis of 2008 lay in the large sums of money invested in US treasuries by China. This was money that China had earned by running up huge trade surpluses with the US over the years. An important consequence of this inflow into the US was that US banks were flush with funds and it held down interest rates artificially for an extended period of time, despite the huge deficits run up by the US government as it prosecuted the Iraq war. It led to people borrowing more at cheap rates to buy houses they could not have afforded otherwise and this became problematic when interest rates began to rise. Hence, if Trump succeeds in getting China and other export driven economies like Germany and Japan to cut down on their trade surpluses, he would have removed a potential source of global macro instability.

How is the US economy holding out?

With all the negative reporting about Trump, one would imagine that he has caused serious harm to the US economy. But then, the facts don’t bear this out. On the contrary, growth is up and unemployment down. The economy is doing well with the lowest unemployment rate in decades and also the lowest Black and Hispanic unemployment rates in history, indicating that growth is benefiting even the poorest sections. What is more, Trump’s battle for more balanced trade could end up helping the economy. The trade deficit appears to be on the decline, falling to a seven-month low in April, according to the Commerce Department. The trade gap dropped 2.1 percent to $46.2 billion, the smallest since September. If the trend continues, trade could contribute to gross domestic product in the second quarter, buoyed by strength in the manufacturing sector and consumer spending.

The Chinese currency Yuan is down 8 percent against the dollar since April, and near its weakest in more than a year. More broadly, China’s growth is slowing at a time when America’s economy is expanding at its fastest pace since 2014. U.S. GDP growth hit an annual 4.1 percent in the second quarter, the fastest growth in four years. The US unemployment rate fell to 3.9 percent in July 2018 from 4.0 percent in June, matching market expectations. The jobless rate touched an 18-year low of 3.8 percent in May. The S&P 500 stock index is up almost 14 percent in the last year, while the U.S. Dollar is booming against other major currencies.

The Standard & Poor’s 500, a stock index consisting of America’s largest companies that get more than 43 percent of their revenues from overseas sales, is up 6.1  percent this year. China’s Shanghai composite is down nearly 13 percent over the same period. The Japanese Nikkei index is down a little less than 1 percent and European shares are up just 0.3 percent.

What are the risks?

Trump’s aggression is not without its risks. A full-blown trade war would pull down global economic growth from the diminished trade, disruptions in the supply chain, and the all round loss of confidence. J.P. Morgan says that a worst-case scenario over trade could reduce global growth by a significant 1.4 percent over two years. While the worst case scenario may not come about, J.P. Morgan researchers believe that global growth could slow by about 0.4 percent if countries targeted by Trump respond with tit-for-tat measures against the US.

Import tariffs raise the cost of raw materials for domestic manufacturers, in turn making it more expensive to produce goods for export. U.S. exports will become less competitive on the world market. The result is likely to be lower imports and lower exports, with little improvement in trade deficit. By lowering its own tariffs on imported inputs, China has reduced its production costs enabling Chinese exports to compete more effectively. Even if U.S. exporters switch to domestically produced inputs, their costs will still rise, because competing domestic suppliers will be able to increase their margins in industries that get protected by higher tariff.

Is it all a negotiating ploy by Trump that uses brinkmanship to extract concessions out of the Chinese they would not entertain in normal negotiations? Considering how negotiations with North Korea appear to have made progress after a rocky start peppered with lots of threats and intemperate language, it is possible that Trump can win a deal that is good for America. Trump may well be adopting an “escalate to negotiate” strategy, threatening a dramatic hike in tariffs in a bid to force a resumption of trade talks while the US economy remains strong.

Thirty years ago, Trump had written a best seller, “The Art of the Deal” which provides a clue to his negotiating style. “If you’re going to be thinking anything, you might as well think big” is an oft-quoted line from the book that sums up his strategy. Start with a big argument that shocks and confuses everyone, and then offer a compromise which comes as such a relief that no one will realize how much ground they have conceded. By this logic initiating a trade war is simply the ultimate negotiating argument.

So far, the trade war appears to have hit China’s economy and financial markets harder than the United States, which has given the Trump administration confidence that it is escalating from a position of strength. The US economy expanded at an annualized rate of 4.1 percent in the second quarter, and US manufacturers have reported broad-based growth in business activity in recent months, while consumer confidence is close to multi-decade highs.

For the moment then, it is advantage Trump. For the final word, however, we may have to wait much longer.