Samoa: The Cradle of Polynesia 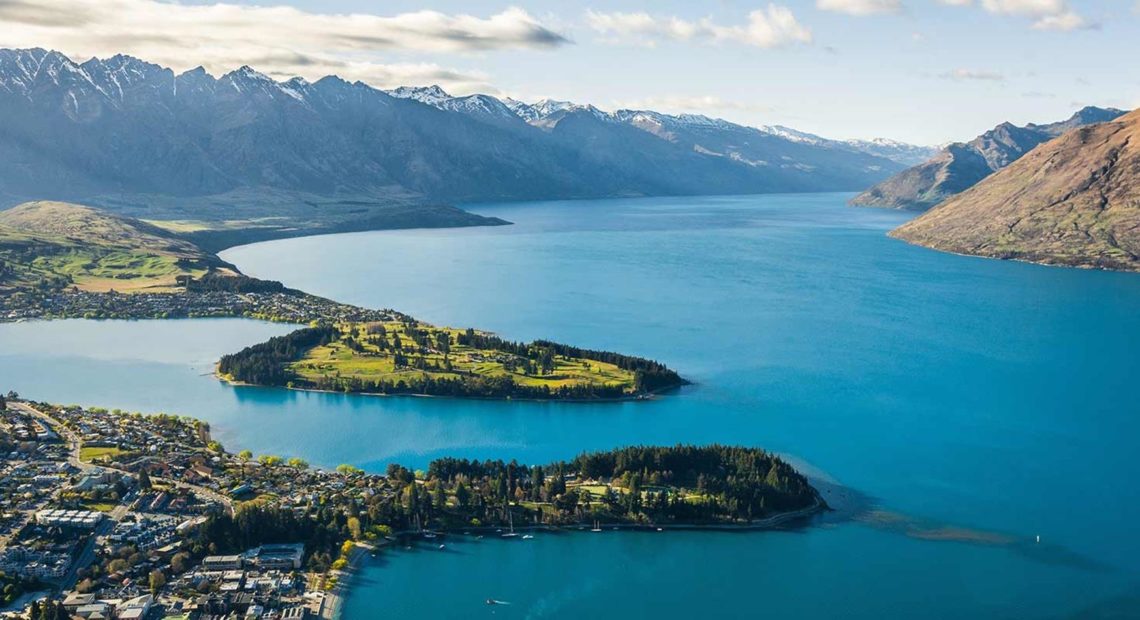 Tulsi Gabbard is a very popular US politician. She has made headlines several times in the recent past, because of her heated word exchange with former Democrat presidential candidate Hilary Clinton. Actually, it is not the reason why she is well known among the American people. She holds many feathers on her hat. She is a Hawaii Army National Guard Major. She serves as the US representative for the second Congressional district of Hawaii. Moreover, she is the first practicing Hindu to be elected
to the Congress.

The reason why she has gotten a place in the beginning of this travel article has nothing to do with anything that has been mentioned above. It is this politician that has helped a tiny Island country in the Oceania region to gain more global attention in the recent days. Ms. Tulsi is a Samoan-American. That lucky country which has won huge attention in the recent past because of Ms. Tulsi is no country other than Samoa.

When it is spoken about Samoa, there is every chance to emerge unnecessary confusion, as there are two by the same name: one is American Samoa – which is a overseas territory of the US, and the other is the Independent state of Samoa – which is popularly known as Western Samoa. In this edition, the independent country is explored. 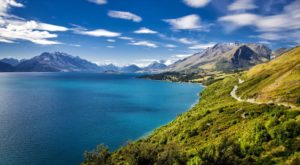 About the Country
Samoa is composed of around two big Islands – Savaii and Upolu – and at least four small Islands – Manono, Apolima, Fanuatapu and Namua. It is a unitary parliamentary democracy. It has as many as eleven administrative divisions. It is a Christian nation; at least ninety per cent of the country’s population are from that community. Its total population is less than two lakh. Unlike many countries similar to this Island country, it is a developing country.

Independence Movement
Though Samoa is a tiny Island country in the Oceania region, it has a huge story to tell regarding its independence. Many westerners exploited this tiny Island – from Germans to New Zealanders. Samoans fought fearlessly against all of them. They succeeded in bringing up a coordinated Independence movement against its last oppressor, New Zealand. In the year 1961, the movement tasted success, and the country got liberated.

Present Samoa
At present, Samoa is in a good relation with all its former oppressors – especially New Zealand. It has come too far from its beginning. Over the years, it has learned many lessons – from the importance of maintaining a stable economy to the necessity of keeping a friendly relation with its neighbours as well as the superpowers, particularly the west. The country is now a member of United Nations and several similar International organisations like the Commonwealth of Nations.

Samoan Economy
The Samoan economy largely relies on foreign remittance and agriculture export. At least two-third of the workforce of the country is employed by its agricultural sector. Copra is the main export product produced in the country. Among the three main sectors, the service sector is the biggest one in this country. Interestingly, the manufacturing sector depends heavily on the agriculture sector, as the agro-industry sector makes a considerable part of the manufacturing sector in the country. The liberal economic structure of the country increases its potential to grow. The tourism sector is seen as the future of the country’s economy. In the recent times, it has witnessed a tremendous growth. Actually, the country possesses everything necessary to emerge as the most popular tourist destination of Oceania.

Tourist Heaven
The nature Goddess has blessed no country as much as she has blessed Samoa. Sightseeing is the least thing that can be done in Samoa. To enjoy Samoa rightly, its cuisine, its culture, its art, its music and its several similar gifts should be tasted. It needs lot of patience and dedication. Apia, Upolu, Savaii and Lalomanu are some of the most popular tourist destinations in this gifted country.

Apia is the capital city of Samoa. It houses several office buildings and commercial centres. Apart from those, there are several historic ruins and museums in this city; the Museum of Samoa is the most prominent among them. Not many know renowned Scottish writer Robert Louis Stevenson, who is popular for his travel stories, spend his last days in this extra-ordinary city. His restored house now functions as a museum. Yearly, it draws a large number of visitors. The place where he rests in peace forever is also located in the city – at the top of Mount Vaea. 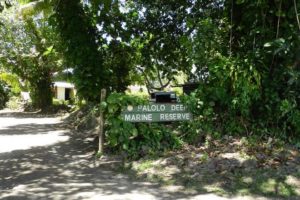 Palolo Deep Marine Reserve located in this part of the world offers an once-in-a-lifetime experience – that experience cannot be explained legibly through letters alone. Upolu is the second largest Island in the country. It is formed by a massive basaltic shield volcano. The scenic beauty of the land is exceptional. There are several colonial ruins in this part of the country. It is the best place to get a glimpse of genuine Samoan culture, art and music. In the recent past, because of its natural beauty, the region has become the filming location for many popular films, including Return to Paradise. Like what the name of the film developed in this land indicates the Island is a true paradise. Savaii is the largest Island in the country. It is home to several astounding tourist destinations like Afu Aau Falls, Pulemelei Mound, Alofaag Blowholes and Mount Matavanu. Each is better than the other. 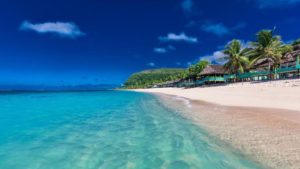 Lalomanu is an amazing village located around 1 hour away from the capital city. Lalomanu beach is the most popular tourist destination in this village. This white sand beach holds the capacity to excite all types of travellers. It offers plenty of activities from snorkelling to scuba diving. The uninhibited Nuutele Island is just a few miles away from this beach. The Island can be viewed from this region. The Congregational Christian Church situated exactly at the centre of the village is another important attraction in this part of the country.

Samoa is not all about its beauty, it has many things to tell to this world. It is one of the very few countries in that part of the world which has a commendable literacy rate; its adult literacy rate is far more higher than many of their neighbours. Notably, around sixty per cent of the electricity the country consumers is sourced from its renewable sources; moreover, it has an appreciable ambition to hike that to around one hundred per cent by the year 2021.

Do visit this paradise at least once! 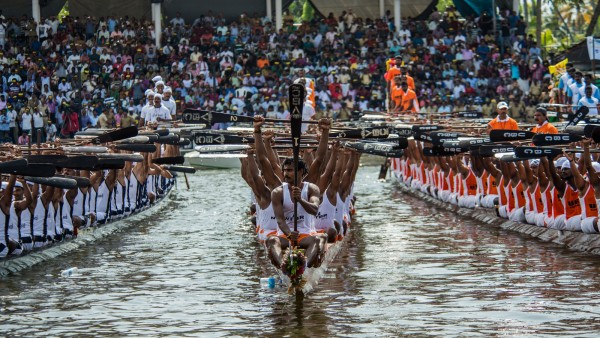