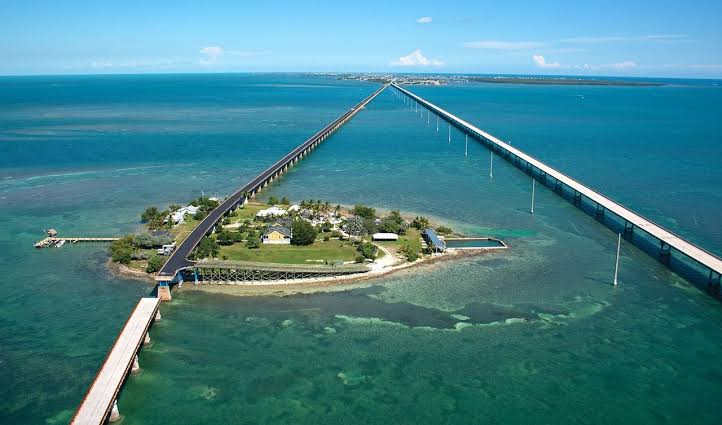 Cuba is less than 100 miles (160 kilometres) away from Key West, making it closer than Miami. Because of Key West’s southern location, the weather is pleasant throughout the year.

The average daily maximum temperature in January is 75 degrees F, and the average nighttime temperature is only 65 degrees F. Summer in Key West is known as “endless” because of the pleasant temperatures even in the coldest month of the year.

The main attraction of the Florida Keys, however, is much more than just great weather. When you visit Key West, you’ll notice that it has a distinct quirky vibe and that there’s something for everyone to discover. Key West is unquestionably one of Florida’s most beautiful islands.

Dry Tortugas National Park is one of the most remote national parks in the United States, located 113 kilometres (70 miles) south of Key West. Yes, it is not in downtown Key West or on the island, but it is the best thing to do in Key West, in our opinion. It’s a lovely day trip that includes snorkeling and cocktails as you sail to the remote island.

Attending the sunset celebration at Mallory Square is one of the most popular things to do in Key West. This place is completely full. Every night, a celebration takes place on the waterfront overlooking the Harbor, where tourists and locals alike gather to watch the sunset.

As crowds gather around them, street performers put on spectacular performances. A festive atmosphere is created by vendors selling local arts and crafts, food stalls, and street musicians all congregating in one location. It’s a fun place to visit but bring some small bills or change to tip the performers, as they work hard for their money.

Higgs Beach, one of the island’s most popular waterfront areas, is a pleasant place to sunbathe, swim, and generally relax. Located on Key West’s southwest shore, it features a park, picnic areas, and playgrounds for visitors, as well as snorkeling and sailing.

Aside from relaxing on the beach, visitors can engage in sports such as tennis and volleyball or visit historic sites such as the African Refugee Cemetery and the West Martello Tower. Higgs Beach has beautiful views of the Atlantic Ocean from its sandy shores and two prominent peers, in addition to its recreational opportunities.

The excellent Mel Fisher Maritime Heritage Museum is located near the Old Town waterfront and houses a large collection of artifacts and exhibitions. It’s named after Mel Fisher, a diver who discovered several shipwrecks in the area, and it gives you a fascinating look at the island’s history and the waters around it.

Its well-preserved galleries house gold coins, jewels, and cannons recovered from several Spanish ships over the course of several decades and numerous dives. The museum also has interesting exhibits on underwater archaeology, diving, and the Transatlantic slave trade, in addition to these valuable treasures.

The sprawling Key West Cemetery, located in the heart of Old Town, is more convenient. It was founded in 1847 after a hurricane washed away the island’s previous cemetery, and it is believed to be the final resting place of 100,000 people, far more than they live on Key West today.

There are sections dedicated to Cuban freedom fighters and US Navy sailors, among other things, in addition to the impressive tombs and mausoleums. While the island is a somber place, epitaphs such as ‘I told you I was sick’ and ‘I’m just resting my eyes’ inscribed on some of the gravestones reflect the island’s inhabitants’ quirkiness and humour.

The wonderful Key West Aquarium, which is home to all kinds of colorful fish and corals, is just a short walk from the museum. It was built between 1932 and 1934 as one of the first open-air aquariums in the United States, with additional exhibit spaces added over time.

Since then, it has enchanted countless generations with its glistening shoals of fish and incredible marine animals, including alligators, jellyfish, sharks, and sea turtles. The touch tank, where visitors can stroke stingrays and starfish while watching other fish swim by, is one of the aquarium’s most popular features.

Dry Tortugas National Park is not to be missed for its incredible marine life, outstanding outdoor activities, and the massive historic Fort Jefferson, despite being the most inaccessible of all America’s national parks. The small archipelago of coral islands is only accessible by boat or seaplane because it is nearly 70 miles west of Key West.

Fort Jefferson’s sturdy defenses are amazing to explore and contrast delightfully with the shimmering waters surrounding it. It is the largest brick building in the Western Hemisphere. The majority of the park’s treasures, however, are found beneath the waves, where visitors can enjoy unforgettable snorkeling and scuba diving among colourful corals, shoals of fish, and atmospheric shipwrecks.

Sloppy Joe’s Bar, one of the best places in Key West to grab a drink, dance, or listen to live music, has been a mainstay of the island’s entertainment and nightlife scene since 1933. The atmospheric bar’s name was inspired by Ernest Hemingway—one of its early and favourite patrons—and is a very lively yet laid-back place.

Since 1937, the infamous rowdy and slightly rundown saloon has had a restaurant and retail shop at its current location, the corner of Duval and Green streets. The majority of visitors, on the other hand, flock to its curved bar to enjoy a drink and listen to live music, with the popular establishment impressively open every day of the year.

The excellent Ernest Hemingway Home and Museum is without a doubt the island’s most popular attraction, aside from its incredible nightlife. The renowned author lived in Key West for just under a decade, penning parts of some of his best novels such as ‘For Whom the Bell Tolls’ and ‘A Farewell to Arms’ during that time.

Between 1931 and 1939, Hemingway and his second wife Pauline lived in the charming Spanish Colonial house, which was built in 1851. It is now a museum with many interesting artifacts and exhibits, as well as personal belongings, that shed light on the author’s life and work. The historic house and museum, which are surrounded by lush grounds, are a must-see in Key West.

The Destination You’ve Got to Experience

You can stay in Key West for a fantastic, long, and relaxing vacation, or you can visit in just one day! It’s also a great place to visit on a Florida road trip. And, in case you’re wondering, kids will enjoy Key West as well! Because Key West is only 90 miles from Cuba, you can eat some delicious Cuban cuisine!

There is a restaurant near Duval and Mallory Square, but the locals prefer El Siboney. Don’t miss out on the fried plantain! A Key West Food Tour is another excellent way to sample Cuban cuisine while learning about its history.

“The world is a book and those who do not travel read only one page.” ~ Saint Augustine 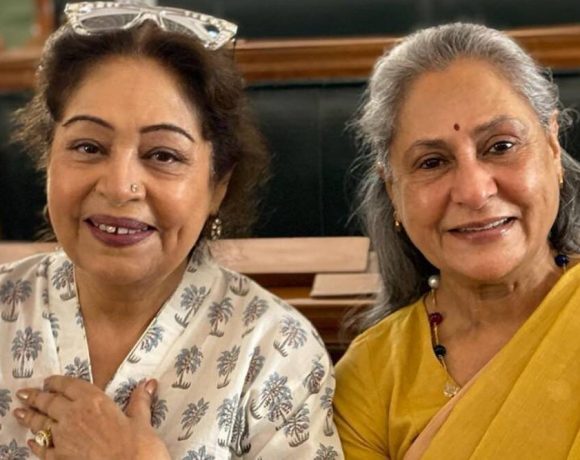 In Parliament, Kirron Kher meets Jaya Bachchan, whom Nafisa Ali refers to as her “elegant friends” 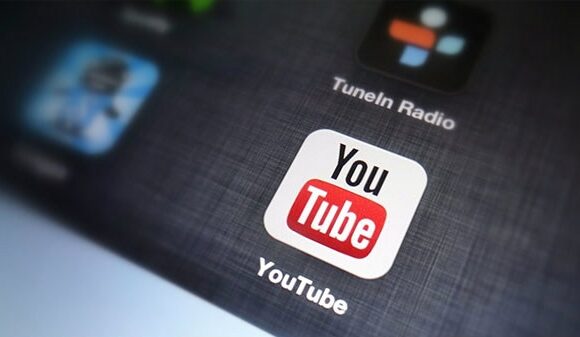