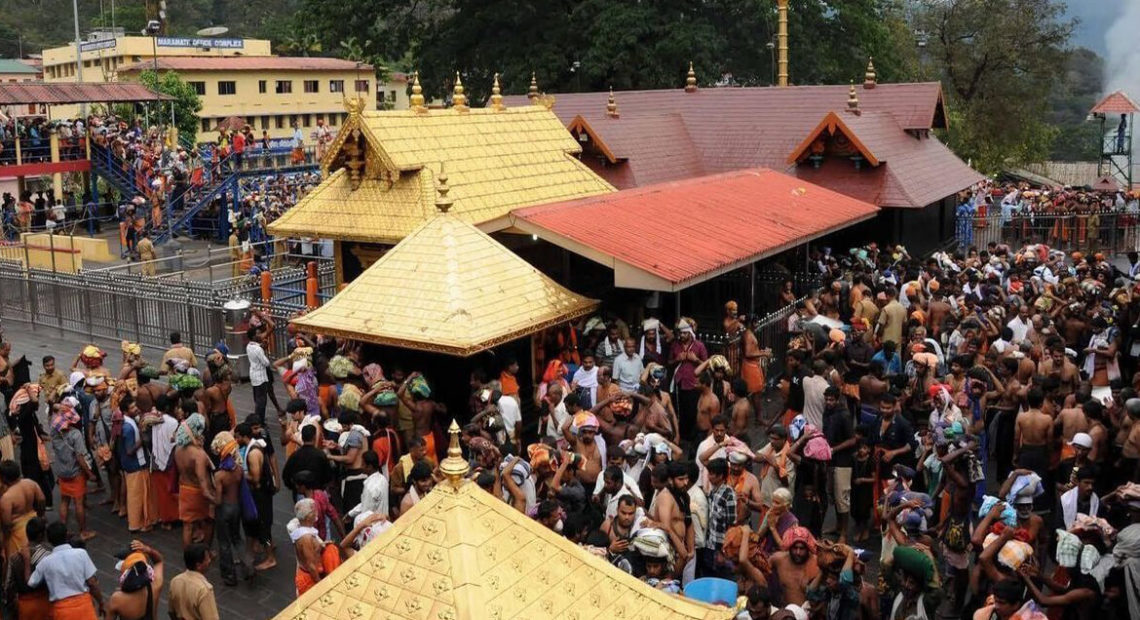 On Saturday evening 5 pm, Sabarimala shrine is set to open for the two-month-long pilgrim season . The CPI(M) led LDF Kerala government has been making preparations to make it a unproblematic experience.

On Friday, the state government indicated that it would not “take young women to the Sabarimala temple” due to the “grey areas” in the Supreme court judgement in the case. The apex court had put a batch of review petitions on hold and referred the matter to a larger bench on Thursday.

Last year, the government had said it would device the top court’s order, which allowed women to enter the shrine. The Travancore Devaswom Board (TDB), which manages the Ayyappa shrine, has also sought legal opinion on the apex court’s directive.

The board has made complex arrangements to provide maximum facilities to the devotees. The pilgrims will be allowed to leave for the shrine from Pamba and Nilackal by 2 pm today. The resting places for the devotees at Nilackal, Pamba and Sannidhanam has already been set up along with medical, water and toilet facilities.

Over 10,000 police force have been posted in and around the Lord Ayyappa temple for security purposes during the pilgrim season. Devaswom Minister Kadakampally Surendran made it clear Friday that Sabarimala was not a place for activists to display their activism and said the government would not encourage such women who want to visit the shrine for publicity. Those who want to visit the temple can acquire a court order to enter the temple, he said. The state and temple limits had witnessed protests last year as women tried to offer prayers at the shrine. For centuries women in the menstruating age group of 10-50 years were obstructed from entering the temple.