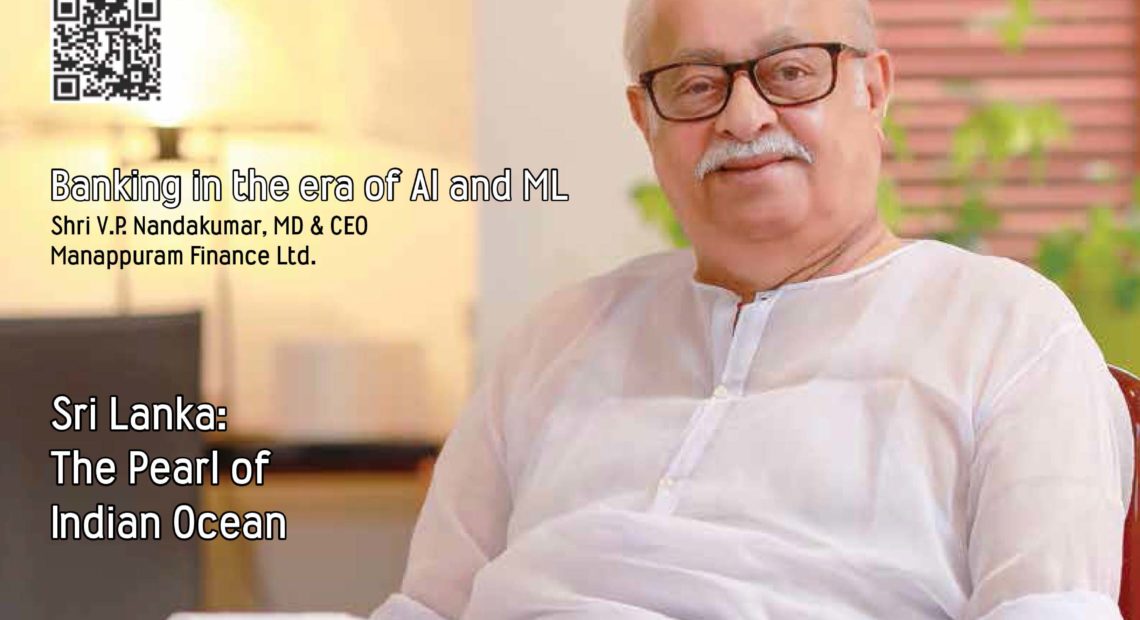 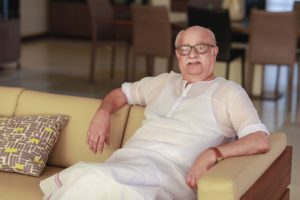 There are people around us who get into this habit of trivializing depression, or giving up when life gets a bit harder. Unique Times, on our latest episode, brings to you a very unique personality whose life is nothing less than an adventure and an epitome of survival to success. Mr. John Mathew, an 82 year old veteran, crossed his interesting life through the formation of Kerala state, to his shifting onto Kuwait and the great depressive Kuwait invasion and building up his empire right from the scratch once again. 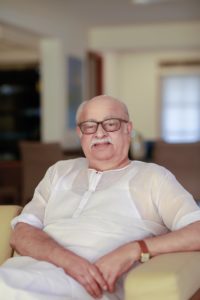 Mathew is an expatriate Indian engineer, who has been working in Kuwait for fifty-seven years, the senior most and oldest Indian there. The invasion of the sovereign state of Kuwait by Saddam’s Iraq destroyed the life of three million people and Mathew was not an exception. He narrates through a heartbreaking love story and his experience in Kuwait. Apart from being a successful entrepreneur, he is an avid reader and an established author. Let’s hear him and get inspired by his persistent hard work throughout his life.

Mr. John Mathew was born in a beautiful village named Ayroor near Kozhenchery. His father, originally a teacher, turned himself into a planter and decided to shift to Kodumon, Adoor, where later he grew up. He had five brothers and three sisters, out of the one him being the youngest. After his school, he did Intermediate Science from St. Berchman’s College, Changanassery. Later, studied Chemical Engineering at Calicut, in an institute started by the then Madras government. But, he fondly remembers that by the time he reached Calicut, Kerala was formed, in 1956. He bagged second rank in the state, a CSIR (Council of Scientific & Industrial Research) scholar and with the scholarship and under the merit nomination, he was offered a job in their facility in Alwaye, the biggest industry in Kerala, FACT.

It was at that time he saw an advertisement about an opening in Kuwait; he reckons he didn’t even know where Kuwait was then. It was an adventurous decision to a youngster then to travel to an entirely new world and discover something new with himself. So, by 1962, he left for Kuwait to good, to Oil and Gas sector, which always was and is his strongest domain. He later reached the maximum grade that a foreigner can ever reach in the country; out of the 21 grades classified in the oil sector, he reached 14, where 15 and above was reserved for Kuwaitis. 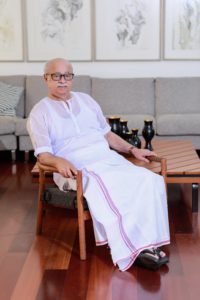 The birth and rise of an unshakable entrepreneur

“If you’re starting something on your own, you better have a passion for it, because this is hard work.”

When he reached those heights and grade in his career, Mr. John Mathew productively thought of starting his own company there. He confesses his passion of knowing only Oil and Gas, that’s exactly what he wanted to do when he was opening doors of entrepreneurship for himself. “Arabi Enertech”, an ISO 9001:2008 & 14001:2004, is in to contracting, construction and commercial business. Since the inception in 1978, the company has maintained high ethical standards, business integrity and professionalism. The company went on to bag several accolades and awards from local and international markets. Arabi Enertech has gone public limited now, with around 7000 employees and crossing a turnover in excess of KD 70 million. ARABI ENERTECH KSC is qualified by the Central Tenders Committee of the Government of Kuwait for almost all important categories of contracting. The company is qualified for all categories of works with Kuwait National Petroleum company; qualified for all categories of works with Petrochemical Industries Company; qualified for all categories of works with Al-Khafji Joint Operations. The company is approved with Kuwait General Fire Brigade under Grade I, which is the highest category of approval, and is qualified for all categories of works with Ministry of Health (MOH). The above stated ones are some of the most important clients of the company. Arabi Enertech KSC operates a large fabrication shop of 6000 square meters and a fleet of construction equipment, undertakes turnkey projects in medical equipping and maintenance services of hospitals, and sponsors large international companies to take up oil exploration and product activities. Arabi Enertech is one of the largest engineering contractors in energy sector specialized in E.P.C contracts, construction contracts and maintenance contracts. 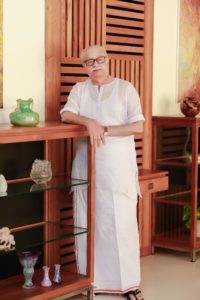 Mr. John Mathew remembers that he hadn’t had much of challenges in running and administration of the company. But, when Saddam Hussain invaded Kuwait in 1990, he was ruined to absolutely nothing. The veteran can’t forget those fearful days, when he hadn’t saved anything back home in India, and whatever was raised at Kuwait was destroyed. He sold his land in Kottayam to meet his daily needs then. There was nothing left even for your next meal. When he got back to Kuwait, it was similar to a nuclear winter, when Saddam put all the oil fields to fire. During the invasion, his family was sent back in Indian AirForce planes. By that time, he formed a committee to rescue everyone around before they fled the country. He worked day in and day out with the committee undergoing severe hardships. He stayed true to his word and purpose, and then returned to India (after liberation) once he made sure the thousands were saved. When he went back to his house in Kuwait, he could only find a small piece of soap and a Malayalam book. His heart breaks when he speaks about losing his daughters’ much loved piano, and many other fondly cared materials at home. Those were days lived in fear, with big knives under pillows, in order to save the girl children from the invaders. The war worsened in no time. While he narrates the heart-breaking episode, our eyes well up, both the speaker’s and the listener’s.

Before liberation, he started a company in Dubai (before he got back to Kuwait to start the company from the scratch). He started putting things back together, and called all his partners who had fled to different parts of the globe back to Kuwait. He sought bank’s help, and the company had a natural growth. Another successful company named Medical Engineering Company was formed later, providing total solutions to hospitals and other turnkey projects. He also started a hotel at Cochin named The Mermaid Hotel, which was inaugurated by the Miss Universe Yukta Mukhi. The inauguration was done in grandeur with a 1000 artists by Soorya  Krishnamoorthi. Whenever he is in India, he visits the facility almost every day. 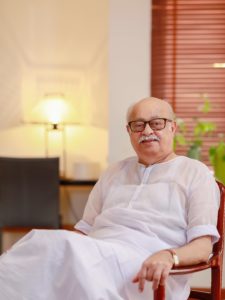 Mr. John Mathew has published four books. He believes in Science. He writes both in English and Malayalam. The Saga of an Expatriate was translated and published in Malayalam as well. The first two books are on evolution, on how human beings evolved from the Big Bang and the third one is a large novel, nominated as one of the best three novels published in the Malayalam language in 2013. His new book is in workshop now. Another book John is penning down “the thoughts of an atheist”. He regrets on the fact that the current society has unfortunately gone so very intolerant to open genuine writing & publishing. He mentions a lot of olden day writers’ works if published today would have been torn into pieces. Democracy is about tolerance and acceptance, he says. He still literally writes down on the paper, he doesn’t type. Every time he goes to London, he loves to spend time in the largest library in the world, The British Library.

His home flaunts some very rare paintings which are numbered in copies and costs a fortune. His wife, Ramani, is a talented painter, a famous cook and an author herself; she has published several popular books on cooking. He gratefully mentions how his wife stood with him through the tough times. His beloved daughters are Anna, Maria and Sara, who live with their families abroad. He believes in giving due respect to individual space and freedom, whether it be family or his employees.

For years, he has been passionately doing philanthropic activities, which he doesn’t want to be much vocal about. He travels across the globe frequently, and thinks that Kerala is a beautiful piece of land with amazing resources. Mr. John Mathew vouches on the fruits that you can bear when you work hard. His life is a real inspiration to many who face unexpected catastrophes and upheavals in life, and learn to navigate valiantly through the seemingly impossible life.

“Don’t be afraid of your fears. They’re not there to scare you. They’re there to let you know that something is worth it.” 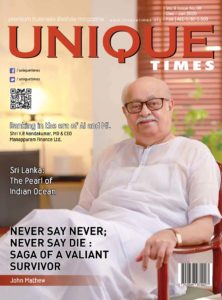 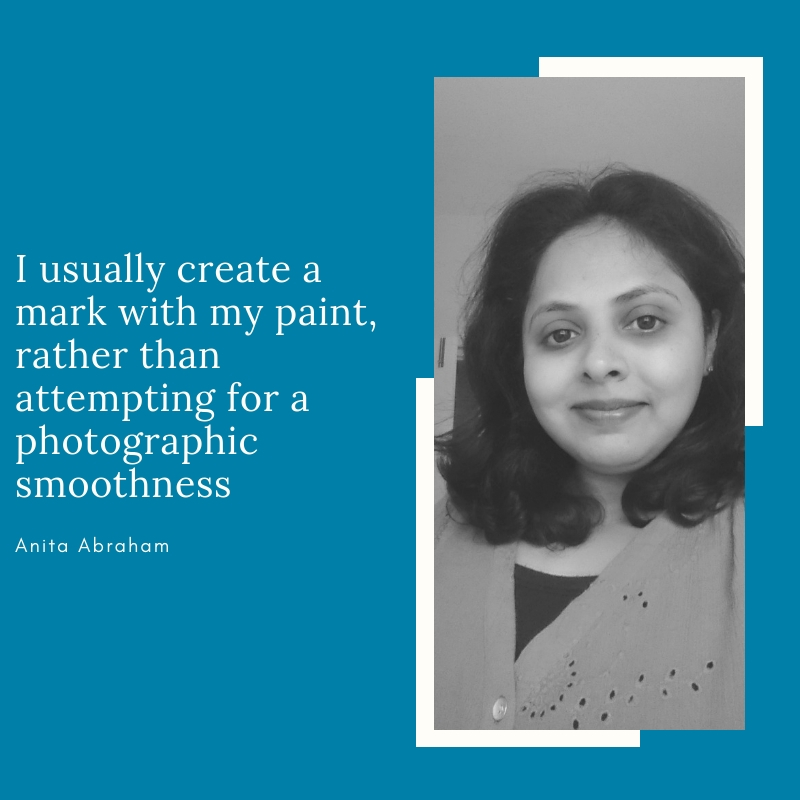 The Story of colors by Anita Abraham