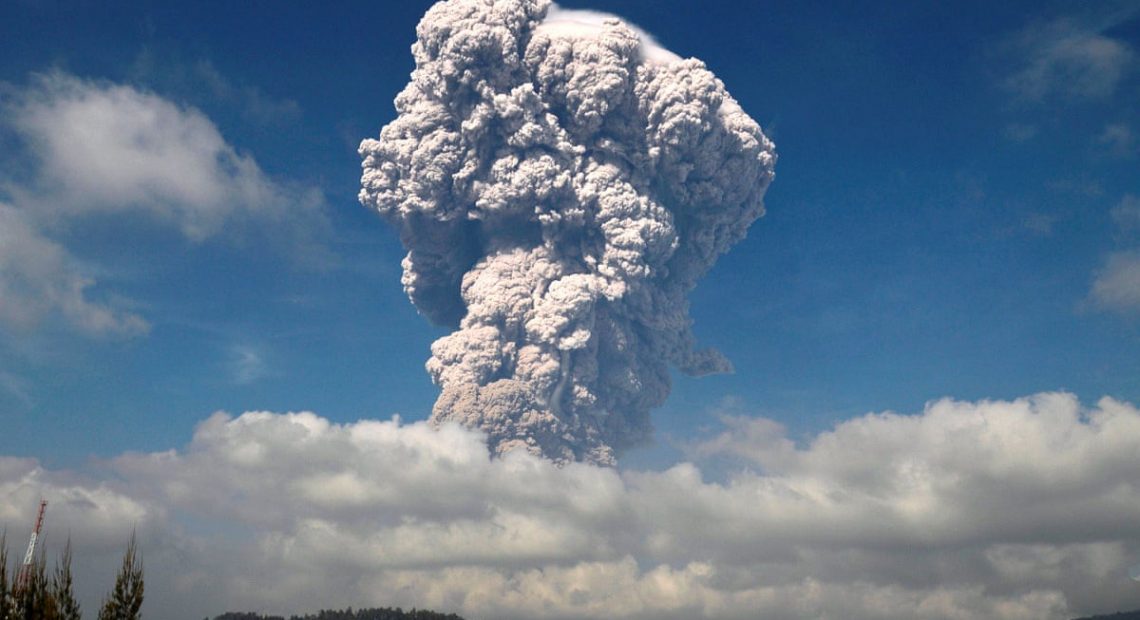 Indonesia’s Mount Sinabung volcano sent a cloud of hot ash as high as 3 km, depositing ash on nearby villages. Mount Sinabung’s activity has increased since August of last year, and the volcano’s warning level has been raised to the second highest level in North Sumatra province. The eruption took place on Tuesday.

There were no casualties since officials had previously told people to remain at least 3 kilometres away from the crater.

Indonesia is a part of the “Pacific ring of fire” with nearly 130 active volcanoes, more than any other country.
Sinabung volcano had been inactive for centuries before it erupted again in 2010.